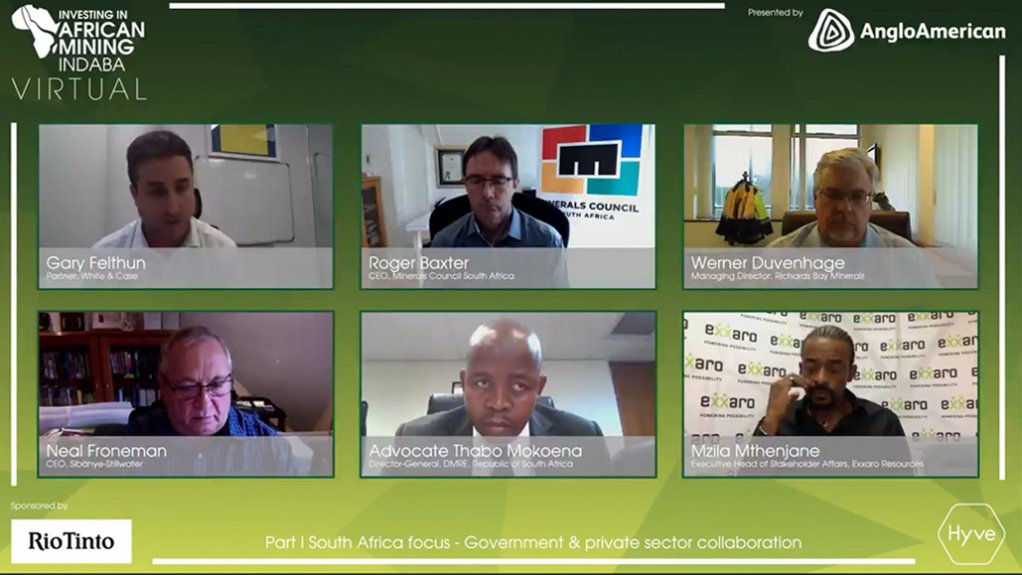 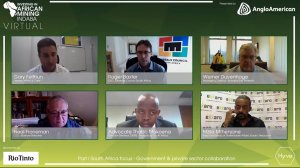 JOHANNESBURG (miningweekly.com) – Rio Tinto's KwaZulu-Natal mineral sands mining company, Richards Bay Minerals, has got a major project called Zulti South that is fully permitted and fully funded – but is not being developed.

Construction began in the first half of 2019, but was then brought to a halt in December 2019 amidst community unrest, resulting in Mining Weekly quoting Rio Tinto as stating this at the time: “There has been an escalation of criminal activity towards Richards Bay Minerals employees and one was shot and seriously injured in the last few days. As a result, all mining operations have been halted and the smelters are operating at a reduced level, with a minimum number of employees now on site.”

Then, in April 2020, Mining Weekly carried reports of Richards Bay Minerals committing R1.5-million towards meeting the needs of its employees and the community during the Covid crisis. This week Richards Bay Minerals MD Werner Duvenhage postulated, during a panel discussion at the virtually-hosted Investing in African Mining Indaba 2021, that Zulti South’s challenges could potentially be resolved if approached in the same way as the Covid crisis had been approached, collaboratively.

Panel discussion moderator White & Case partner Gary Felthun had asked Duvenhage to outline the factors that were holding the Zulti South project back, and what needed be done to take it forward.

The R6.5-billion Zulti South project expands the lease area of Richards Bay Minerals and increases mine life by a quarter century.

It is at-the-ready to bring significant capital spend to the local area. In fact, over 25 years, Duvenhage told the conference, it would deliver a R100-billion of projected benefit to the South African economy.

The KwaZulu-Natal provincial government in August 2019 applauded Richards Bay Minerals and its four traditional authority hosts for reaching and signing the procurement principles agreement of the Zulti South mineral sands project. The agreement was announced as one that had brought to an end a protracted impasse between the mining company and the host communities – but it has not.

“We all have the responsibility to ensure that the R100-billion value of the Zulti South project is allowed to help our economy. There needs to be collaboration all the way through. It shouldn’t stop at the issuing of the mining licence. It should go all the way through,” was Duvenhage's plea to the panel, which included Department of Mineral Resources and Energy (DMRE) director-general (DG) Advocate Thabo Mokoena, Minerals Council South Africa CEO Roger Baxter, Sibanye-Stillwater CEO Neal Froneman and Exxaro Resources executive head of stakeholder affairs Mzila Mthenjane.

“We’re facing overwhelming challenges in advancing this project – challenges that could be resolved if we approached it in the same way as we’re dealing with Covid,” Duvenhage hypothesized.

The project includes programmes that see to the development of local suppliers, bringing in black-owned women businesses, promoting small, medium-sized and microenterprises and advancing low-cost financing for suppliers.

“Yet, it’s still not even in its development phase,” Duvenhage lamented.

Baxter expressed the hope that Zulti South could be unblocked, and reported that a 100-plus-response deep dive done by Minerals Council South Africa with its members revealed that more than R20-billion worth of projects were blocked in the short term because of regulatory hurdles.

Moreover, a survey of members a couple years ago had indicated that if fundamental issues were addressed, companies could probably escalate their investment 80% above their current investment levels.

It was, he said, testament to the catalytic relationship the mining industry had with government currently that it was engaging on ways to unlock and unblock specific projects.

Mining has more than 2 GW of mostly renewable energy projects, but these were being held up by bureaucracy, Baxter reiterated.

“Just taking a grid-tie connection with Eskom takes seven months, even before you get to Nersa, which then takes another four months, it’s 120 days. These are specific issues that we’re going to engage with the DG and the deputy DG. They’ve created the space. We’ve agreed that we need to shorten and narrow those particular issues, because some of those energy projects could be making a difference right now, as we speak, instead of being blocked.

“Just watch this space. I think in the next couple of weeks you’re going to see some exciting developments and hopefully we can unblock some of these investment projects, exactly as Werner had talked about. Zulti South, in its own right, is more than a R6-billion project. If we could unblock that, it would be a hugely positive contribution to the economy and allow mining to play its key catalytic role in the economy, as a whole,” Baxter said.

Mokoena had earlier outlined far-reaching engagement and collaboration that is taking place between the mining industry and the DMRE. The DG emphasised that the DMRE was able to deal with issues through collaborative effort, as the approach to the Covid crisis had shown. “We need to work together,” Mokoena said.

Froneman complimented the DG for giving very good examples of improved collaboration, which had come about as a result, Froneman said, of the heart of Mineral Resources and Energy Minister Gwede Mantashe being in the right place.

“There’s been excellent engagement and very substantial collaboration. In my view, business is part of the solution. Government cannot, on its own, grow the economy, and neither can business, by the way. It really is a combination of creating the right environment and business is part of the solution, not the enemy,” added Froneman, who spoke of a need to find common ground between all stakeholder groups to really make that quantum leap in terms of rebooting the mining industry.

Mthenjane, who addressed the issue of different government departments collaborating to create more of a ‘one-stop-shop’ approach, said there was a need to appreciate the far-reaching and wide-ranging impact of mine development.

“It goes beyond just responding to the mineral regulation and it involves responding to a whole number of other expectations and needs of the community and society. By implication, then, it means that there are many more government departments that need to play a role, some of which may not be obvious.

“The DMRE in promoting mining and mining development has a huge role to play in coordinating and aligning many other government departments and I think that’s where we’ll really begin to see the impact of this one-stop shop and the role of the mining industry playing what we like to call a developmental role in community.

“We’ve seen recently, for instance, when it comes to the Mining Charter, it is a statement that talks to and enables collaboration among mining companies, but unfortunately that is not clear enough because it has not provided for the very core of the Mining Charter, which is how the regulation acknowledges and recognises that other beneficiaries have been included in the development of the mine. This is where the box ticking continues to prevail when it comes to mine development and adherence to the Mining Charter. Much more clarity is needed on how industry can collaborate and really play that development role by achieving a pooling of resources,” said Mthenjane.