Early results of flagship report to be announced at Mining Indaba 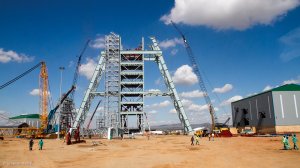 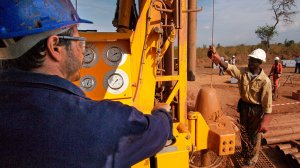 Multilateral development finance institution the African Development Bank (AfDB) will unveil some of the early results of its flagship report, ‘Linking Natural Resources to Human Development Outcomes’, produced in partnership with economic empowerment foundation the Bill & Melinda Gates Foundation, at this year’s Investing in African Mining Indaba, which will take place at the Cape Town International Convention Centre from February 9 to 12.

AfDB business unit African Natural Resources Centre (ANRC) director Sheila Khama notes that the report, which will be released in full in May, will offer new evidence and an innovative angle to framing policy options for governments in African natural-resources-rich countries, particularly those with new discoveries, such as Ghana, Guinea, Kenya, Liberia, Mozambique, Sierra Leone, Tanzania and Uganda.

“The report aims to help African governments strengthen the contribution of resource wealth to advancing human development outcomes,” she adds.

Khama points out that the ANRC, together with other departments of the AfDB, will host a Ministerial forum and two side events to engage and exchange views with mining industry stakeholders attending the indaba on how the AfDB, through the ANRC, private sector finance unit African Legal Support Facility and other AfDB departments are working with the mining industry to improve mineral projects’ economic development outcomes. The AfDB’s goal is to achieve mutual gain for governments, communities and investors.

“The AfDB advocates for good governance and raises awareness of its activities and services relating to the mining industry in regional development. The bank engages the mining industry and other stakeholders, but particularly development partners and representatives of African governments and nongovernmental organisations,” Khama points out.

She avers that African countries that have recently discovered natural resources require assistance to ensure that their economies and people benefit from the mineral wealth. “In some countries, revenues from natural resources add as much as 75% to gross domestic product. Managed well, the revenue can have positive consequences on human development in host countries.”

Khama points out that, despite Africa being a significantly resource-rich continent, it is relatively underexplored in comparison to North and South America and Australia. “The African mining industry remains focused on upstream development and this factor among many others leads to a disproportionate extraction of economic value.”

She adds that, because many minerals produced on the continent are exported without downstream processing, their value reduces significantly and, unless policies to promote processing are matched with regional competitiveness, mining operations will not be sustainable in the long term.

“What cannot be disputed is that, as far as mineral resources are concerned, it is important for Africa to retain as much value from downstream industries as is competitively feasible. This is an important factor to the sector’s contribution to the economy of Africa. It is estimated that more than half of the countries on the continent are exporting some major mineral commodity. For some countries, mineral exports account for more than half of sovereign exchange earnings.”

Khama adds that, as such, mining can potentially contribute significantly to Africa’s economic transition and human development. The management of government revenues from the sector is one of the ways in which the positive spin-offs of mining development can be realised.

She notes that the goal of the AfDB is to assist Africa in making a direct link between mining activities and the advancement of human development and prosperity on the continent. Specific vehicles for achieving this are domestic economic linkages that include local content policies, job opportunities, better health and education, as well as greater public spending on social services.

“The Mining Indaba is an important venue for the AfDB to reach out to its stakeholders in the mining industry, both on the continent and globally. The event offers the AfDB an opportunity to engage a broad range of audiences and to form partnerships to promote the positive impacts of the mining industry on human development goals.”