Sector ahead of the sustainability curve, challenges remain

Sector ahead of the sustainability curve, challenges remain 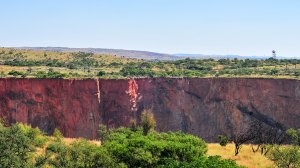 With many local diamond mining operations reaching their end of life, the rehabilitation and remediation of such sites – in a closure and liquidation context – has been a particular focus in recent years, says law firm Bowmans partner Wandisile Mandlana.

Although rehabilitation and remediation is an issue across the mining sector, it is becoming more pronounced for diamond mining companies owing to various sectoral factors, as few of them sell off their assets, close down or go into liquidation.

Mandlana tells Mining Weekly that in every scenario, mining companies are seeking a “clean break”, where they can consequently not be held liable for any environmental damage caused when they operated the relevant mines.

While miners do not want to face any liability after exiting the operations, the onus – legally – is on them to rehabilitate the areas which they have mined, and it is difficult to attain a closure certificate, which subject to certain legal exceptions, effectively clears them of any liability, he explains.

For instance, once they sell an asset, miners do not want to be held responsible for environmental damage associated with that asset. This continued liability would follow from miners’ obligations to rehabilitate the environment and clean up any pollution that occurred during their time of mining unless the environmental obligations are statutory transferred, which just like the closure certificate is difficult to attain.

He adds that, “in any event, when miners are selling an asset, the difficulty is that they are not closing, so they cannot be granted a closure certificate that potentially clears them of the statutory imposed liability”.

This backlog, Mandlana says, is caused by several factors such as regulatory complexities regarding constantly changing closure laws and public objections.

In the South African diamond mining context, miners can mitigate the challenges of not being issued a closure certificate or granted consent to statutorily transfer environmental liabilities, by mining with closure in mind. This entails implementing measures while operations are still profitable.

“Firstly, they should work towards closure, and this largely requires a sophisticated and disciplined approach towards concurrent rehabilitation. Currently, the local diamonds sector is leading in this approach,” he enthuses.

If concurrent rehabilitation is successfully carried out and the company’s environmental pollution prevention measures are responsive, it should significantly reduce any liability the company may have at the end of mining.

Secondly, in the context of selling assets or a liquidation, the potential buyers involved should be credible, as this prevents the high risk of closure shortly after the sale has been concluded, says Mandlana.

“Miners must sell their assets to credible entities that can meet rehabilitation obligations. In a scenario where a miner has mined for 30 years and sells its asset to an entity that is not credible – which subsequently goes into liquidation within six months of buying the operation – the original miner, as the entity that mined for 30 years, will in all likelihood still be held responsible regardless of any protections contained in the sale documents.”

As already mentioned, in theory, a seller can apply to the Mineral Resources and Energy Minister to transfer not only the right but also the associated environmental obligations. However, the DMRE rarely grants these consents, which results in them not being widely incorporated in transaction documents.

Despite all the difficulties relating to environmental management in mining, the diamond mining sector is a few years ahead of other local mining subsectors in terms of closure, from an environmental and post- closing perspective, he tells Mining Weekly.

He emphasises that diamond mines are not generally known for pollution and that most have found use for their mines after closure.

“Closure should never be an afterthought for any operation. It has to be planned over several years in approaching the actual closure date. The diamond mining sector has generally mastered this approach,” concludes Mandlana.