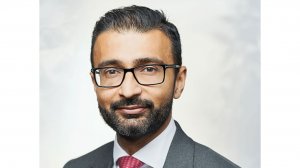 Patel has resigned to join Spirax-Sarco Engineering as its CFO.

Patel joined Anglo American – parent company of De Beers – in 2012 as group head of corporate finance before moving to De Beers Group to take up the role of CFO in 2016.

De Beers CEO Bruce Cleaver says Patel has built a strong finance team and led a transformation of the company’s finance processes and systems, leaving the function well positioned for the future.