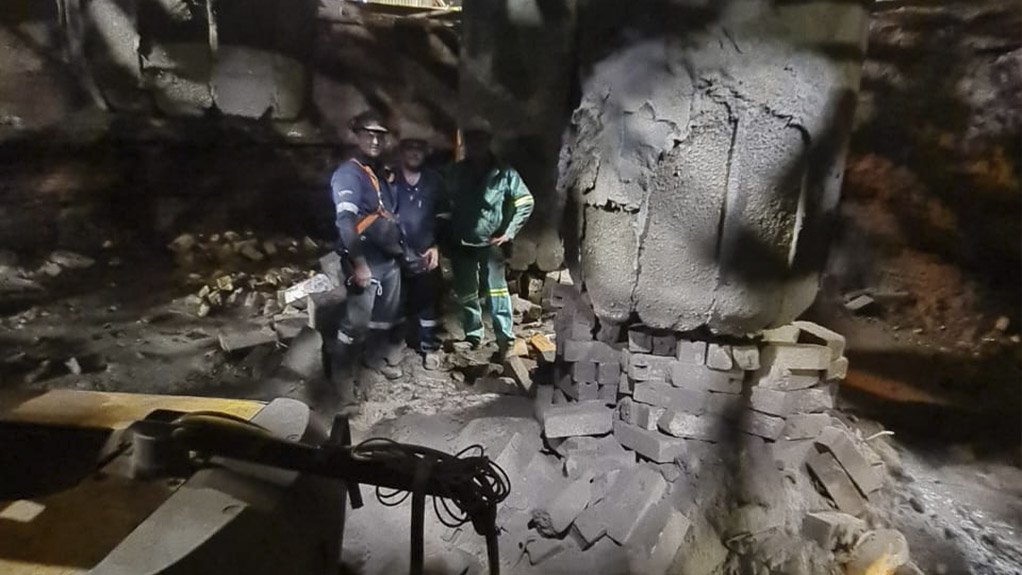 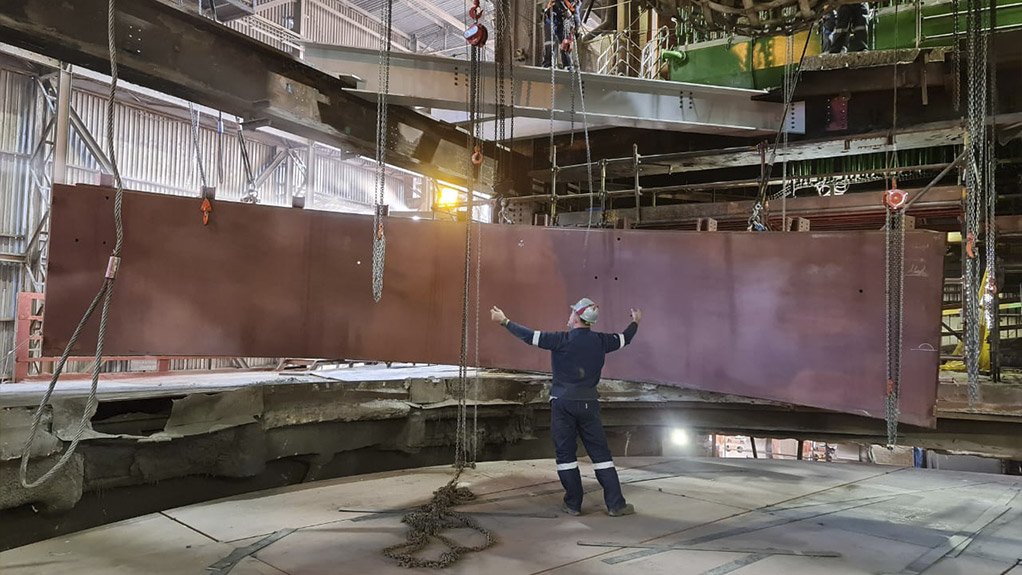 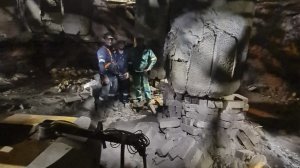 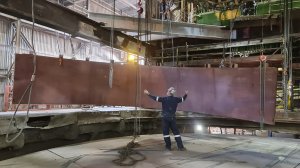 FROM THE GROUND UP Thos Begbie built on their role of manufacturing the smelter parts by going on to rebuild the smelter
BIGGER PICTURE The new Sibanye-Stillwater smelter is aimed at reducing harmful emissions.

The first matte tap is set to be conducted also by the end of this month. This is the first rebuild project of its scale for Thos Begbie.

Through its success in manufacturing components for Sibanye-Stillwater smelter’s new furnace, Thos Begbie saw an opportunity to grow its profile by tendering for the installation of the manufactured components.

The “evolving need to drive down” harmful emissions, as well as having to meet and maintain the regulations set out by the World Health Organisation, results in the smelting industry – in addition to mines – doing “everything in its power to adhere to the regulations”, says foundry and engineering company Thos Begbie sales manager Esli Bantjes.

Consequently, various smelters are redeveloping their furnaces and processes to reduce freeboard gas emissions, he explains.

As part of Sibanye-Stillwater’s drive to lower harmful emissions, it collaborated with design house Tenova Pyromet to develop a furnace that meets Sibanye’s requirements, along with prolonging the furnace’s campaign life.

Thos Begbie was the preferred supplier for the smelter’s pyrometallurgical components to keep its furnace running as productively as possible, says Bantjes.

Thos Begbie’s initial role in the project involved manufacturing Tenova Pyromet’s patent specialised design for Sibanye-Stillwater, which began in late 2021. The last components were delivered to site in the first quarter of 2022.

Bantjes says Sibanye-Stillwater aimed to have all components on site before the decommissioning of the current furnace, which began in May.

“This may sound like a small order; however, the total tonnage of copper that was used to construct the components [was about] 125 839 kg, while the graphite used was in excess of 65 000 kg.”

Thos Begbie’s involvement in the smelter enabled it to play an integral role in the day-to-day operations by providing engineering advice, which, in turn, led to its tendering for the installation of the manufactured components.

The on-site team provided assistance, as the company did not have the personnel to “pull the rebuild off without sustaining the overhead costs in the future”. Therefore, Thos Begbie partnered with a team that conducts rebuilds on a regular basis.

The company was then awarded the contract for the entire furnace rebuild in February 2022, after which it started to register employees and proceeded with the onboarding process.

Bantjes says Thos Begbie had about 200 contractors on site at one stage during the project.

“Being a first for Thos Begbie, we encountered a lot of teething problems until we had everything in line to start the demolishing and rebuild of the furnace.”

The company has a number of smaller installations in the works for the rest of the year, with bigger projects projected for next year.

There has been growth and demand in the local PGMs sector, illustrated by Thos Begbie’s having received orders for the rebuild of platinum smelters in South Africa, says Bantjes.

There is increased demand from the automotive industry for platinum, owing to its use in manufactured automotive parts.

The Fourth Industrial Revolution has also created increased demand for platinum, owing to its use in technology such as electronics and robotics, while the medical industry is evolving in terms of technology, for which the use of platinum is crucial, Bantjes concludes.