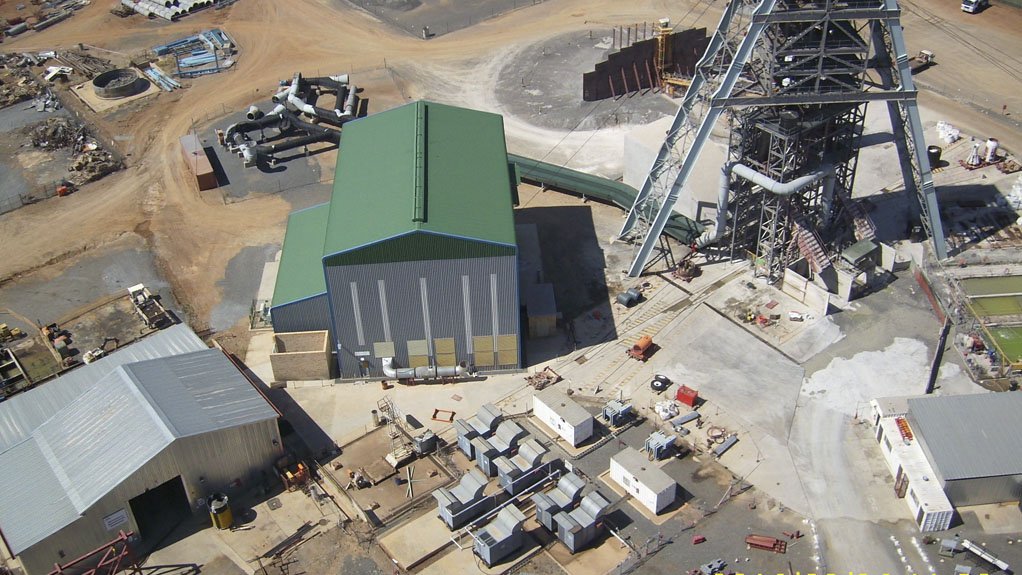 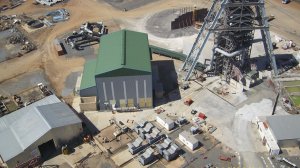 PERSISTENT PROGRESS The development of the Bakubung platinum mine and its housing estate continue, despite economic challenges

Wesizwe’s Sustainable Futures executive and Gabonewe Housing Estate project lead, Kgomotso Tshaka, explains that the project – which will be an integration of employees of Wesizwe’s core project, the Bakubung platinum mine (BPM) and the community – entails two phases, comprising 801 and 1 504 units each.

She notes that construction for Phase 1 began on September 5, 2016, with the bulk civils and electrical infrastructure work being undertaken by civil engineering and construction company Mapitsi Civil Works.

“The top-structure construction of the development was initially meant to be completed by the third quarter of 2018. However, owing to post-tender market escalation costs, the Wesizwe board has commissioned a design and cost optimisation review, as South Africa’s current economy and mining conditions make it difficult for the mine to carry additional costs beyond what was board approved,” explains Tshaka.

Therefore, this stage of construction has been placed on hold until the review is completed. Mitigating problems regarding the contractor’s integration of local construction workers, in a bid to ensure broad-based empowerment, was another core challenge. Tshaka notes that Wesizwe and Mapitsi had to contend with a skills deficit among some of the locals, as well as political opportunism that meant it had to “manage community expectations and counteract the political aspirations of local leaders wishing to usurp the project for political gain by promising constituencies jobs and procurement opportunities”.

She notes that, to tackle these challenges, the company established a project steering committee that focused on the recruitment of labour and material supplies.

Other strategies to promote smooth project delivery included facilitating engagement between the financial modelling and technical teams, and allowing for more time when approval by government and community authorities was required, as well as improving on-time management and communication with multiple stakeholders.

“All lessons learnt when dealing with suppliers and subcontractors throughout the project were key to its continuous improvement,” Tshaka notes, adding that the solving of Phase 1’s challenges will aid in the development of Phase 2.

Project Particulars The Gabonewe project forms part of Wesizwe’s social and labour plan (SLP) commitments, with Wesizwe’s 2016 Sustainable Development report noting that it is the largest SLP project undertaken by Wesizwe to date.

“In line with the security of tenure enshrined in Chapter 1, Section (26)1 of the Constitution and the mining licence requirements stipulated by the Minerals and Petroleum Resources Development Act, it is a legal requirement that mining companies provide adequate housing opportunities for all employees,” says Tshaka.

Additionally, Wesizwe sees this housing project as a “proactive measure” that will ensure that BPM does not contribute to the creation of informal settlements.

Tshaka explains that the project funding comprises Wesizwe equity, commercial loans and grants. “To date, we have secured grant funding from the Social Housing Regulatory Authority (SHRA) and the North West Province Department of Human Settlements.” She notes that the company is in discussion with a commercial bank to raise more funds.

The Sustainable Development report states that the SHRA and the Department of Human Settlements signed agreements to the value of R210-million, with the estimated cost of the entire project at R535-million. Wesizwe has already provided funding for the bulk infrastructure development at a cost of R74-million and BPM will contribute equity to the project.

Tshaka notes that Wesizwe, in support of government’s integrated human settlements approach, has ensured that “the occupancy of the units will not be exclusively held by BPM employees”.

She notes that, in line with the SHRA agreement, “these are all rental units for a period of 15 years; thereafter, the units will be released with an option to buy”.

Based on the housing policy, all permanent BPM employees qualify to apply for housing units. “Employees will be offered a rental housing allowance and those wishing to participate in this project will sign a lease agreement between themselves and Gabonewe Property Management.”

Tshaka says this project has allowed for the collaborative effort and cooperation of various stakeholders, adding that the Moses Kotane municipality, the North West provincial government, the SHRA, and the Bakubung Ba Ratheo community have all been instrumental in getting the project off the ground.

“All parties have a clear interest to see jobs created, increased development in the area and the elimination of informal settlements. BPM treasures the strong bonds that have been fostered with these stakeholders in all aspects of its business,” Tshaka concludes.