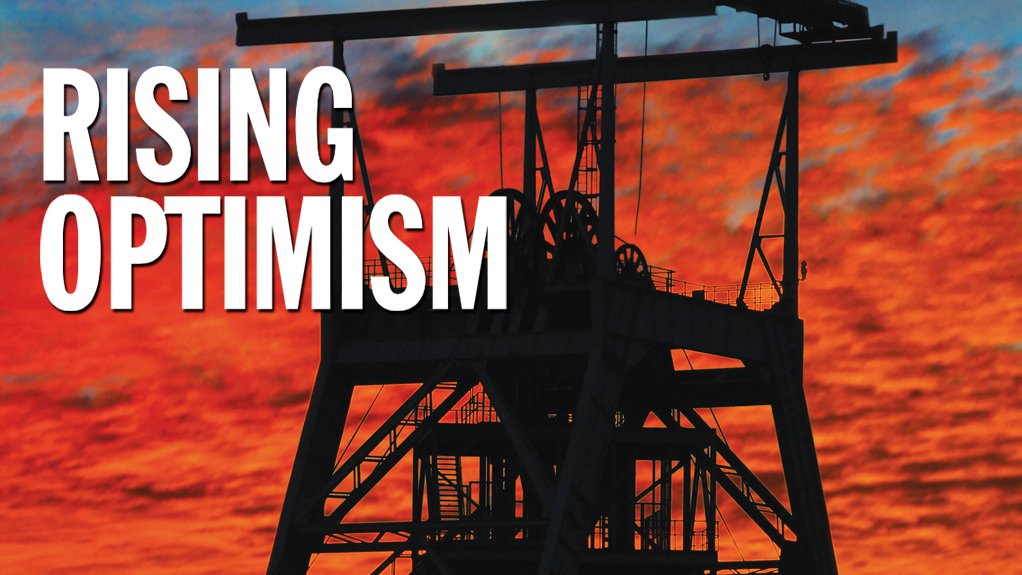 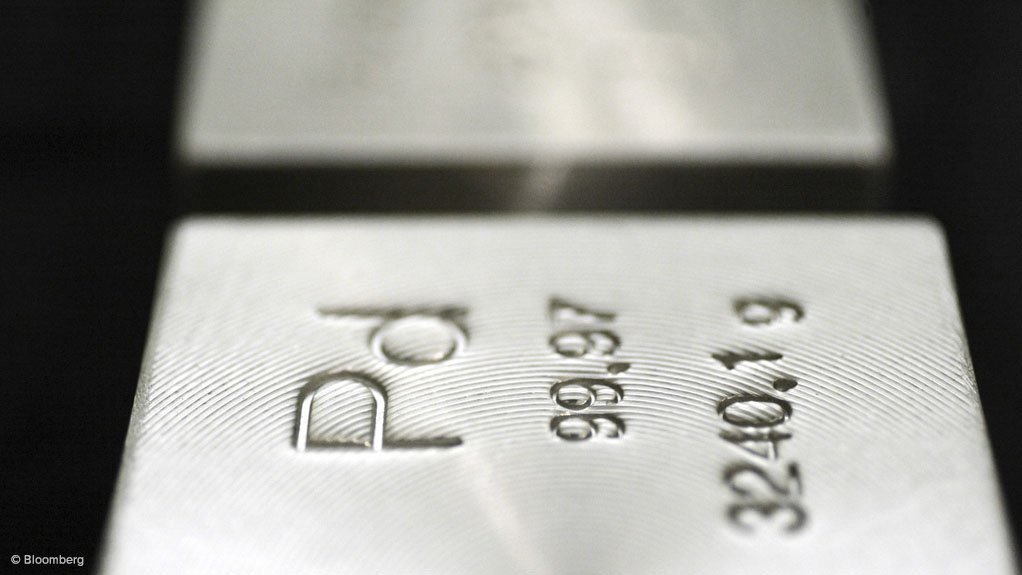 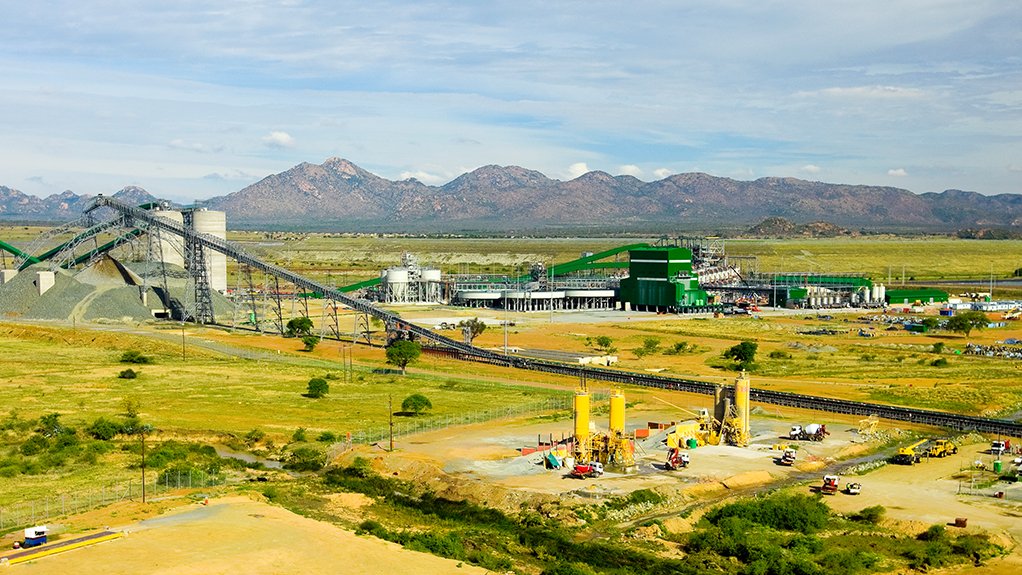 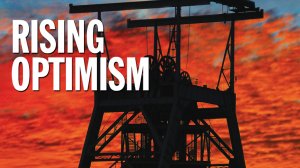 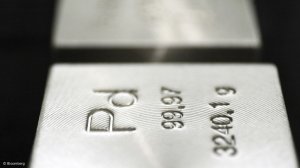 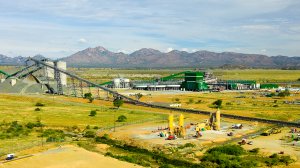 Speakers at the September 9 virtual 2020 PGMs Industry Day, hosted against the backdrop of historically high prices for certain platinum-group metals (PGMs), seemed cautiously optimistic about the immediate outlook for, and long-term potential of, the PGMs sector.

The event, organised by Resources 4 Africa, was well attended, with master of ceremonies Bernard Swanepoel noting that sessions had attracted in excess of 200 people.

PwC partner Andries Rossouw, who hosted the first panel, noted that, following the dire financial environment for local PGMs producers between 2013 and 2017, 2018 saw a return to earnings before interest, taxes, depreciation and amortisation ratios of 30%, “the sort of level where we’d like to see reinvestment or where there’s actually money to invest, something that we haven’t seen for a long time in the industry.”

He noted that, while surface mines continued to operate during the lockdown, with reduced staff complements and physical distancing measures, producers “emptied many metallurgical pipelines and processed any stockpile materials”.

Rossouw mentioned that, during the first quarter of this year, when the world was coming to grips with the scale of the pandemic, there had not been a sustained decline in PGMs prices, unlike the situation in the aftermath of the 2008 global financial crisis, because, this time, demand and supply slowed simultaneously.

The World Platinum Investment Council’s (WPIC’s) ‘Platinum Quarterly’ report echoed this sentiment, with WPIC CEO Paul Wilson commenting: “Platinum market demand and supply have both been significantly reduced year-on-year by the impact of the pandemic.However, [owing] in part to some supply issues unrelated to the pandemic, plus the nature of physical investment demand, the potential effects of the pandemic on platinum’s market balance are far less negative than previously expected.”

The WPIC’s report, released on September 8, stated that total platinum supply in 2020 is forecast to fall by 14% year-on-year to 7.1-million ounces and reflect a 15% decline in refined production and a 12% decline in recycling supply.

Meanwhile, total platinum demand in 2020 is forecast to reach 7.43-million ounces, 11% lower than in 2019, owing to lower demand from all four demand segments, namely automotive, jewellery, industrial and investment.

“The second quarter bore the full supply impacts of a major smelting process outage and Covid-19-driven lockdowns in South Africa. Indeed, South African mines were completely locked down from March 26 to April 30, and only widely reopened after June 1. Platinum recycling was also severely impacted by Covid-19-related logistics disruptions, with volumes down 19%.”

Demand in the second quarter fell by 19% year-on-year to about 1.6-million ounces, and was also only 2% down on first-quarter levels.

The report further noted that, forecasts of platinum’s supply-demand balance have moved from a surplus to a deficit of 336 000 oz this year. Wilson commented: “Changes will depend on the timing of, and extent to which, lockdown measures are wound back, the likelihood and implications of second waves of infections, progress towards effective vaccines, and, lastly, the longer-term implications of governments’ economic policy responses to the pandemic.

In the two years subsequent to the price lows of the global financial crisis in late 2008, platinum’s weekly returns outperformed those of gold by between 30% and 65%. With investment demand and platinum’s fundamental outlook up in 2020, this significantly enhances the outlook for platinum, said Wilson.

During his presentation, Forrest noted that SFA’s base case for PGMs automotive demand to 2023 had been revised upward since its May projections, with platinum down 4%, compared with the pre-Covid forecast, while palladium and rhodium increased by 2% and 1% respectively.

He explained that the push for emission standards legislation would continue to support PGMs demand, noting that the implementation of US test procedures, as well as Worldwide Harmonised Light-Duty Vehicles Test Procedure and Real Driving Emissions testing would sustain palladium and rhodium loading in the medium term.

However, he also noted that rhodium was predicted to be affected more by Covid-19 than platinum and palladium, as a higher proportion of the mined supply came from South Africa, the jurisdiction most impacted on by lockdown measures.

“Closures and falling output from older mines will exacerbate rhodium depletion, adding to a deficit which is unlikely to be reversed by probable or possible project replacement; moreover, weakened economics could lead to replacement projects being delayed, placing more pressure on the rhodium market.”

Meanwhile, the “substantial and prolonged price differential” between palladium and platinum has prompted autocatalyst fabricators and automakers to consider limited substitution.

Forrest cited BASF, Sibanye-Stillwater and Impala Platinum’s announcing of “renewed interest” in substitution earlier this year, adding that such substitution would “moderate the platinum market surplus and the palladium deficit”.

He cautioned that demand destruction resulting from a continuing high palladium price had been exacerbated by the pandemic. Forrest noted that SFA’s pre-Covid demand estimate had been downgraded, with palladium experiencing a temporary rebound in 2021, and platinum substitution and slower capacity expansion likely to lead to ongoing contraction in palladium consumption to 2023.

Unlike the WPIC, SFA’s forecast has platinum oversupplied in the short term, but Forrest expects that, in the longer term, reserve depletion and demand levels will result in a shortfall in supply, which will increase the platinum price. “The market deficit will incentivise probable projects to come on line, but they won’t be sufficient to close the emerging and widening platinum supply gap into [the] 2030s.”

Forrest asserted that metal prices were expected to rise post-Covid, especially in the platinum, palladium, rhodium and gold (4E) basket. “High prices are expected to stimulate capacity expansion and new supply, as mines are becoming profitable once more.”

However, he cautioned that, while the fundamentals appear to be positive, the fallout from the pandemic was expected to lead to a global recession which, “on top of enormous government debt incurred through bail-out schemes”, will undoubtedly hinder any support of economic growth in the medium term.

Further, “lockdown restrictions and a reluctance to travel for work or leisure [have] led to a tangible drop in mobility, which might not fully reverse”, and that, combined with emissions legislation and growing environmental concerns, could have negative connotations for the transport sector, which would, in turn, harm prospects for the PGMs industry.

“Further, platinum’s role in unlocking the hydrogen economy heralds a robust basis as a long-term store of value. With the economic impact of Covid-19 depleting climate change funding, there has been growing impetus from China, Japan, South Korea, the European Union and the US to prioritise the ‘hydrogen economy’ in cost-effectively driving forward the green agenda.”

He stressed: “You have to get government into the picture. It’s not solely an industry matter. What’s needed is a partnership between the industry, government, development banks and everyone else.”

Forrest’s presentation noted new demand for electrolysers and fuel cells to decarbonise the industry and transport, and that an essential element was a shift to hydrogen fuel cells for energy production and storage opening up new PGMs end-uses, particularly for platinum, and “significantly” for ruthenium and iridium”.

“Electrolysers, some of which rely on PGM catalysts, enable the production of green hydrogen for fuel cell vehicles when renewable energy is [used].”

Forrest added that, as a response to tightening emissions regulations, heavy-duty and niche light-duty fuel cell vehicles had already emerged in some markets.

“SFA is the first company to project PGMs demand for fuel cells, which we anticipate will account for more than 400 000 oz in 2030.”

Forrest also suggested that companies bring some rhodium-related operations back on stream. “Already we’ve reached a level where we could restart existing mothballed capacity,” he said, adding that the global financial crisis saw “quite a lot of capacity shut down.”

He said the fundamentals were fairly attractive from an investment perspective for companies that had delayed or mothballed mines to reconsider their decisions.

He noted that he wanted the South African government to buy into the Minerals Council’s draft national platinum strategy and “to work with us jointly to develop the global platinum market”.

“If government helped invest in growing global platinum demand, together, it’s going to create economic development for this country 100 years into the future. I actually think it’s probably one of the most sensible investments. Putting a couple of hundred million rands into cofunding the effort of business in growing demand and investment at upper levels, and the hydrogen economy, I think, would be brilliant”.