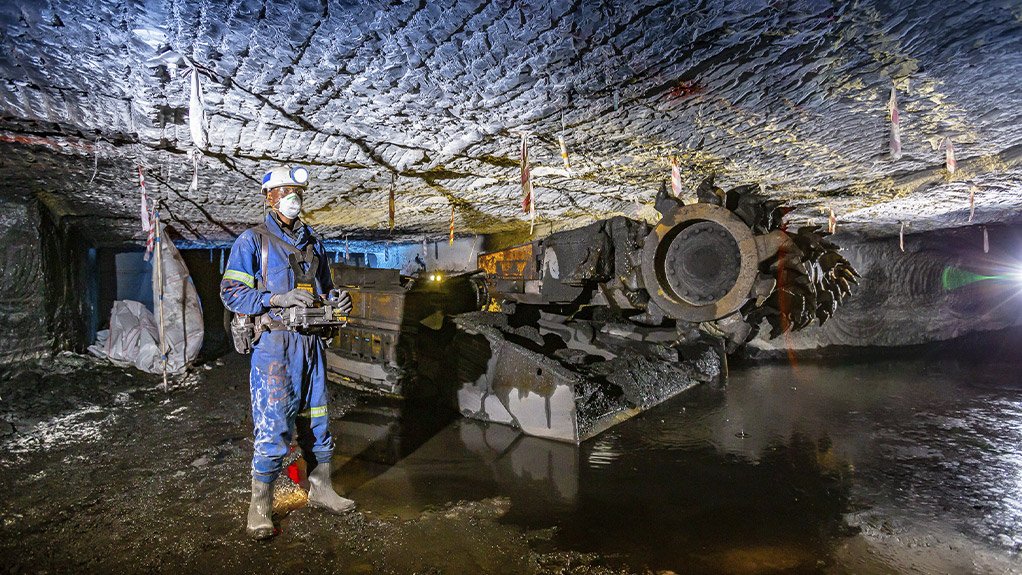 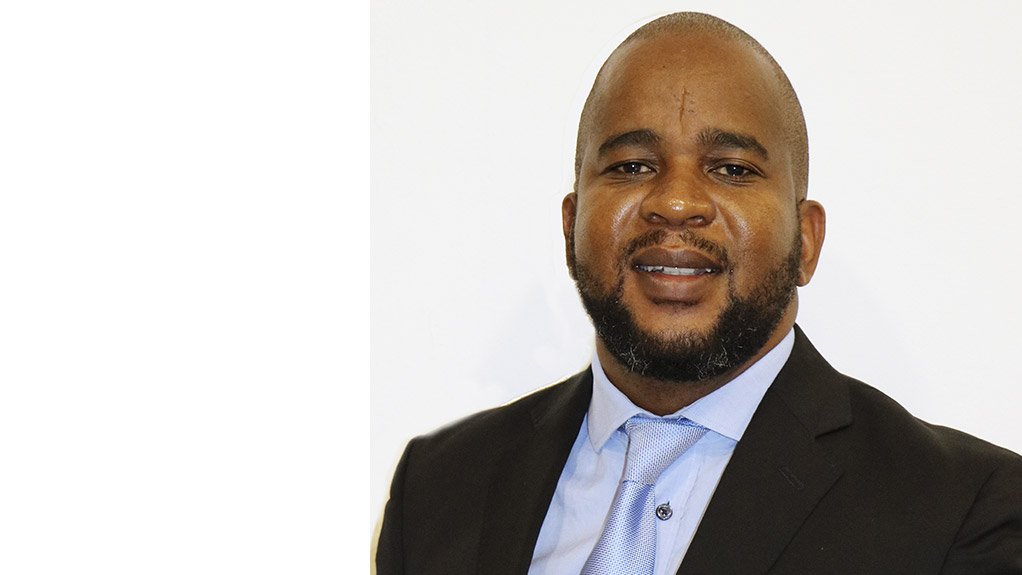 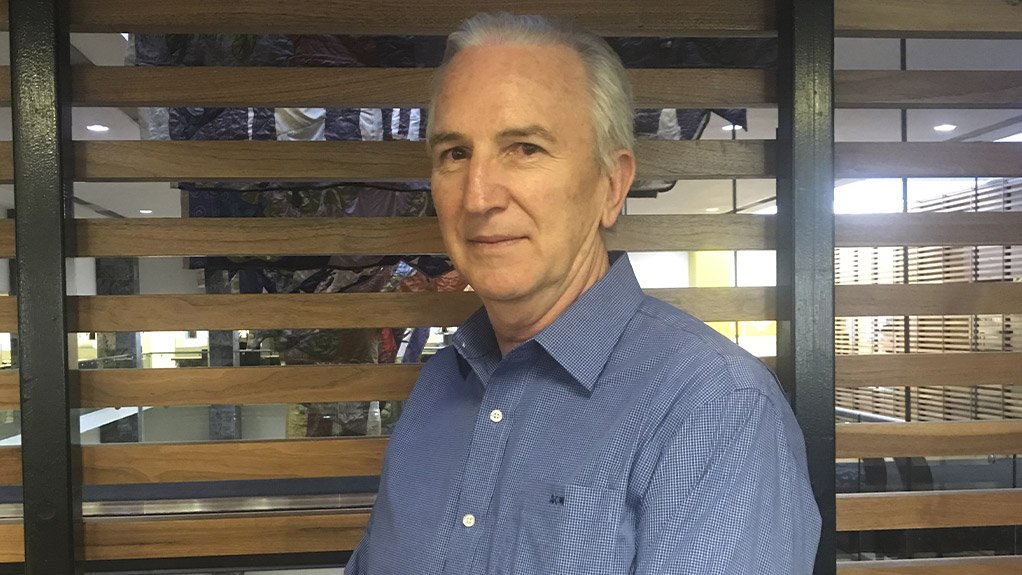 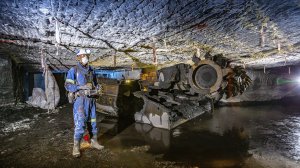 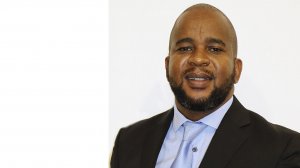 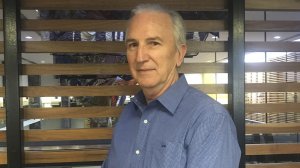 EXCEEDING EXPECTATIONS Since its appointment, Boipelo Mining has consistently exceeded its monthly production target
CHARLES MAKGALA Boipelo often offers guidance beyond its scope of work
ALLAN WIDLAKE The transactions occurring in the local coal sector combined with the latest Integrated Resource Plan has resulted in an exciting time for companies that will benefit the most from Boipelo's services

He explains that the junior sector presents a significant opportunity. “Majors are exiting coal. Those that aren’t leaving the space entirely are not committing any capital to expansion, with many of these majors offering reserves to juniors. It’s not a secret that juniors are capital constrained, and this puts us in pole position in terms of our service offering.”

MRC new business director and Boipelo executive partner Allan Widlake adds that the confluence of events, that is, the transactions occurring in the local coal sector and the publication of the latest Integrated Resource Plan, has resulted in “an exciting time for companies that will benefit the most from our services”.

Makgala notes that, with new players entering the coal space, Boipelo is able to leverage the combined experience of MRC and Amandla TM, affording juniors and emerging miners the ability to monetise their resources.

He stresses that Boipelo is willing to act in an advisory capacity, with Widlake adding that Makgala’s experience means that Boipelo can advise juniors on the downstream aspect, beyond mere coal extraction.

Further, Makgala notes that Boipelo is willing to consider working with emerging miners with no prior mining experience. “From that perspective, we’d first look at whether the project is viable – thereafter we would act in an advisory capacity.”

He emphasises that Boipelo is cognisant of the fact that its growth and sustainability is tied directly to that of its clients and behaves accordingly.

With regard to sustainability, Widlake notes that numerous parties at the Investing in African Mining Indaba explicitly stated that coal will still be relevant to South Africa’s future. This is owed to the country’s heavy reliance on coal, even in light of a shift toward decarbonisation. Further, he notes that the changing ownership landscape within the sector has presented several opportunities for Boipelo to pursue.

Makgala comments that Boipelo offers services across the full spectrum of underground coal contract mining, with Widlake adding that the company is prepared to run operations, “from the mine managers appointment down . . . delivering coal, providing the equipment and running all of the sections”.

Makgala adds that, while the contractor’s current focus is on wooing juniors, Boipelo “doesn’t discriminate” and will pursue opportunities as and when they arise.

Boipelo’s three-year, rand-per-ton contract includes mining three underground sections from the two lower seam using continuous miners. It is also responsible for the installation and maintenance of the conveyor and ventilation infrastructure.

The contractor will also negotiate the geological features of the three mining sections, drilling and blasting dykes as needed.

Since its appointment, Boipelo has consistently exceeded its monthly production target.

“We are being responsible contractors as well. The reason we’ve been achieving that kind of production is because of the high availability of our equipment. That availability boils down to instilling the right maintenance and/or rebuild programmes,” comments Widlake.

Makgala adds that at certain pre-emptive intervals Boipelo – through its partnerships with original-equipment manufacturers – will ensure that the pertinent machine intervention occurs.

The contractor also places strong emphasis on safety, and has installed pedestrian detection systems on all of its equipment, in line with the Mine Health and Safety Act requirements.

The project employs 175 people directly, with subcontractors on site when necessary. The colliery produces thermal coal for the local and export markets, and has been operated by Universal Coal since 2016.

Widlake explains that Makgala approached MRC with the concept of forming a coal-focused contractor, toward the end of 2018. Moreover, he notes that Makgala “had a particular contract in mind, and had the vision to secure that contract in February 2019”

“I had obviously come across Murray & Roberts during my time in the sector, and for me, it made sense to complete the venture with them. MRC had never done any contract coal mining jobs, but it understood the industry. It was a natural fit and we haven’t looked back,” states Makgala.

Makgala states that he expects the business to peak over the next 10 to 15 years, given the current energy mix. However, he notes that, even if the energy mix changes significantly, the coal sector will still have some opportunities in the export market.