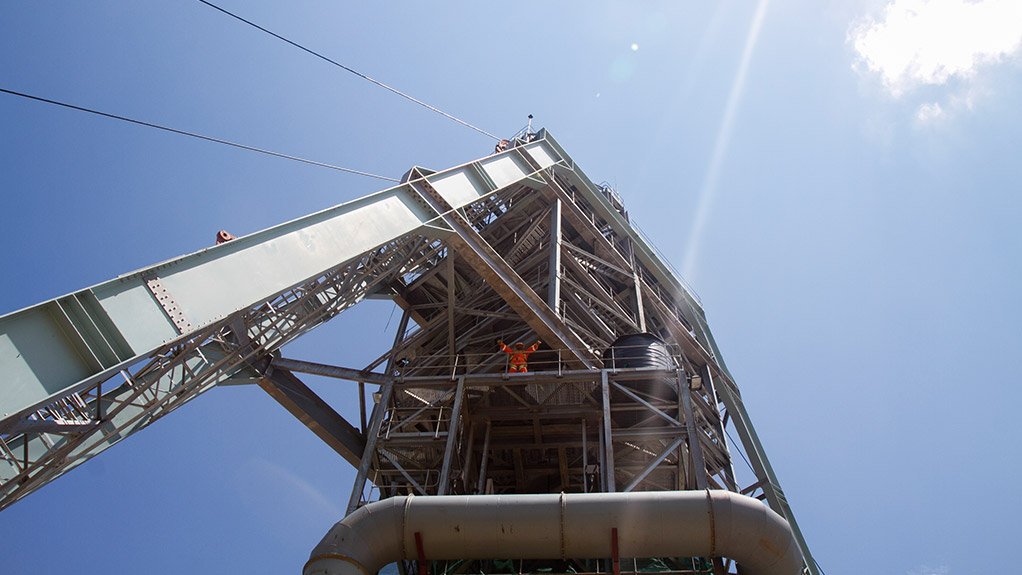 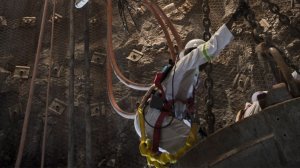 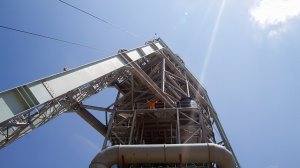 Shaft-sinking activities at platinum miner Wesizwe Platinum’s Bakubung mine, in the North West, remain on track, with the main and ventilation shafts now having reached a depth of 770 m.

Shaft sinking started in 2012, following the receipt of $600-million in financing from the China Development Bank.

Initially, the sinking of the ventilation shaft was ahead of work on the main shaft, but, owing to additional development work, both shafts are now at the same depth. The first three station breakaways on 69, 72 and 77 levels have been completed by both shafts. The ventilation shaft has exposed both the Merensky and upper group two (UG2) reefs, while the main shaft has exposed the Merensky reef and will shortly pass through the UG2 reef.

“Achieving these milestones in the project demonstrates that the development of the Bakubung platinum mine is on track and that our extensive efforts are reaping rewards,” states Bakubung GM Eddie Mohlabi.

Currently, full production is expected in the second quarter of 2021, two years earlier than initially planned.

The ventilation shaft will not be equipped and will be used solely for ventilation. The third shaft, which will be raisebored once bottom access has been established, will be used for support functions, added ventilation and as an escape route.

Louwill Engineering fabricated and erected the Bakubung mine’s main shaft steel headgear, which won an award at the 2014 National Steel Awards. The 84-m-tall headgear was pre-erected on the ground a nd hoisted up in large sections, taking only 20 days to complete safely.

Currently, there are 750 people working on the Bakubung site and, once the mine reaches full production, it will employ 3 135 people.

The mine is expected to have a life span of 30 years and is expected to produce 420-million ounces a year of platinum, palladium, gold and rhodium platinum-group metals at steady state.