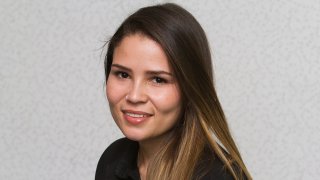 Kimberley Smuts is a Creamer Media Writer for Engineering News and Mining Weekly.

24th February 2017 The biggest potential for growth in the Namibian mining industry is uranium, notes professional services firm KPMG Namibia senior partner Robert Grant, highlighting that the country is facing tough economic conditions in addition to the impact of drought. He tells Mining Weekly that this growth... →

Product testing facility construction to be completed this year

17th February 2017 The construction of Recycling and Economic Development Initiative of South Africa’s (Redisa’s) Product Testing Institute (PTI), which started last year, is expected to be completed in the second quarter. →

17th February 2017 Tyre manufacturing industry representative the South African Tyre Manufacturers Conference (SATMC) says homologation – the process of certifying or approving a product for introduction into a market – of new tyre ranges is crucial, as tyres are a safety critical component in vehicles.  →

27th January 2017 Drive engineering company SEW-Eurodrive will supply ten of its new DRN IE3 premium efficiency motors from its DR series to the extension of the existing Meyerton Wastewater Treatment Works south of Johannesburg, in Gauteng, at the end of next month. The company will also supply six 45 kW motors... →

27th January 2017 Heating, ventilation and air-conditioning (HVAC) contracting company 52 Engineering, a member of the South African Refrigeration and Air Conditioning Contractors Association, has employed various methods to protect motors from the dangerous and harsh environments in which they function. 52... →

Company aims to be lead supplier

27th January 2017 Industrial equipment supplier Bearings International (BI) will be proactive this year in its aim of offering one of the most comprehensive power transmission product ranges available on the local market, says BI CEO Burtie Roberts. BI business unit head Ross Trevelyan points out that in terms of... →

Investors still confident of return on investment in Africa

20th January 2017 The level of investment activity in Africa is still good, but there are high risks involved, says legal firm Hogan Lovells. Despite these risks, various investors remain confident in the return on investment that Africa can offer and are subsequently taking greater risks, but Hogan Lovells... →

Sasol’s asset sale programme advances with bids due for pipeline