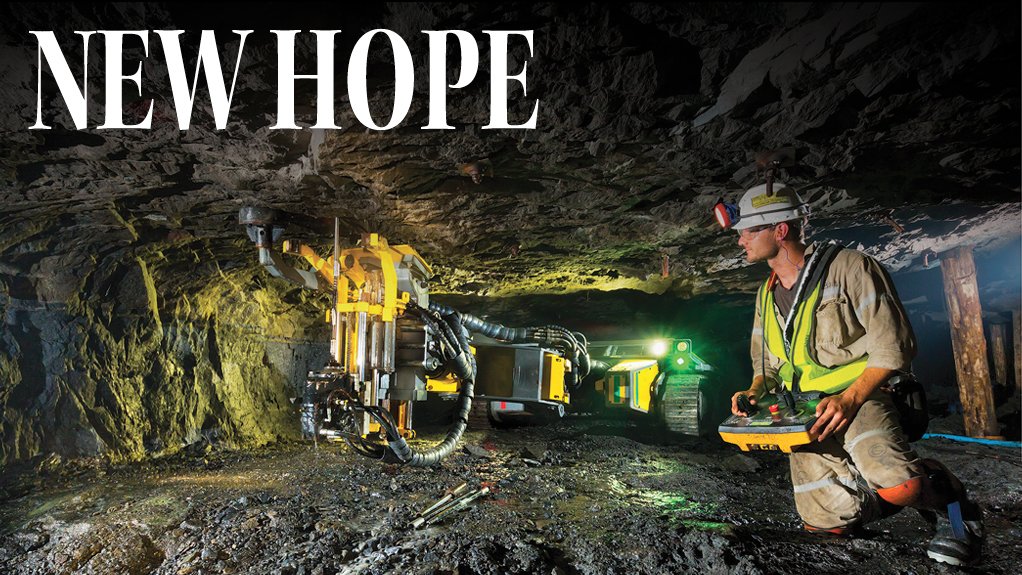 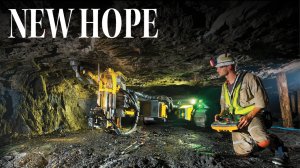 Change is afoot in the platinum mining industry, as global leader in platinum production Anglo American Platinum (Amplats) prepares to overhaul its operations and begin the ten-year-long process of converting its mines into sustainable, mechanised mining systems.

While most of South Africa’s platinum producers still rely on the drill-and-blast method to bring the ore to surface – a legacy system that rests on the shoulders of South African platinum mineworkers – Amplats has been working towards introducing extra-low-profile (XLP) and ultralow-profile (ULP) trackless mechanised mining equipment into its narrow tabular mining operations since the mid-2000s.

For the past seven years, the platinum major has been trialling two XLP equipment suites at its Rustenburg-based Bathopele platinum mine, as well as advanced ULP prototypes since 2010.

The focus for 2015, reveals Amplats technical executive head Gordon Smith, is to make these ULP prototypes – designed and manufactured by Croatia-based unmanned vehicle producer Dok-Ing – production-ready for 2017. Once this is achieved, the company aims to complete the implementation of these new technologies by 2019.

“Anglo American is looking at a number of game-changing technologies that we are on the cusp of seeing, from laser cutting of rocks – to replace drilling and blasting – to real-time volumetric imaging of excavations and automated robotic equipment that can remotely detect geological structures. Such technologies will change the way we mine, making mining safer [and] more efficient, with less environmental impact,” says Smith.

An Industry in Turmoil
Over the past three years, the state of South Africa’s platinum industry has been volatile, with near-constant labour unrest and strike action, which culminated in the 2012 Marikana Massacre and 2014’s five-month-long sectorwide strike. This volatility has been compounded by a material drop in price , which also stemmed from global oversupply.

Therefore, despite the cost implications of developing automated technologies for the future, some would say that recent history has necessitated the local platinum industry’s slow and steady migration to modernisation.

Addressing delegates at global infrastructure software manufacturer Bentley System’s Year in Infrastructure Conference, which took place in October at the Hilton London Metropole, Smith reiterated that the adoption of enhanced work practices and new technologies would be critical in addressing viability issues that are driving industry change.

Tasked with enlightening delegates about whether 2015 would be “the year of the great mining comeback”, he said he regretted that this year would be “more of the same”, explaining that the fortunes of mining were closely linked to macroeconomic growth, and that the growth forecasts for the global economy ranged between 3.0% and 3.5%.

“The eurozone’s rate of recovery is slower than many people have anticipated, and growth from China and India needs to be stabilised and become more consistent so that mining companies can plan their outputs appropriately regarding anticipated growth rates.”

Smith listed unexpected market changes, commodity fluctuations and foreign exchange rates among the concerns “that keep South African mining CEOs awake at night”, along with providing stakeholders with a reasonable return on investment, complying with shifting legislation and operating sustainably.

Smith pointed out that, while technology was not mentioned as one of these concerns, the effective use of information and communication technology (ICT) was “a key enabler of operational effectiveness and efficiency”, adding that “mine operation systems that allow effective integration of people, operational processes and technology to achieve [these] objectives are absolutely critical”.

Challenging the Hybrid Approach
Smith pointed out that, as an industry, South African platinum producers had attempted to combine the best attributes of the conventional hand-held stoping method – a highly flexible mining method, with its origins in the Witwatersrand gold mining industry – and trackless mechanised mining – a method applied to wider orebodies that dip less than 10º, which required large equipment and structural stability in the orebody.

He explained, however, that implementing this hybrid approach had proved challenging, as it was difficult to apply trackless mechanised mining to shafts traditionally designed for smaller machinery and conventional stoping.

Further, the width, dip and geological structures, as well as the equipment size, of trackless mechanised mining, restricted the implementation of this approach.

“Everything is defined by the dip and depth of the orebody mineralisation, as well as the nature of the structural environment. Orebody characteristics define what the mine layout and design will be. However, that depends on your technology selection, which reimpacts your layout and design, resulting in a loop of change driven by stoping technology selection,” said Smith.

He explained that, as technology selection impacted on mine layout and design, so it would affect a company’s revenue potential, subsequently impacting on the working cost structures that defined cash flow and, ultimately, what the company could afford in terms of capital.

“Therefore, changing the technology and how we work redefines the financial viability of the industry. We therefore have to change the technology to redefine the future success of the platinum industry. It’s not a new revelation; it’s a simple and fundamental concept, but it has to be acknowledged to move the industry forward.”

“Mining is a cyclical activity: you drill, you blast, you clean, you support, you move back and you repeat the cycle. If you can change the fundamental way [in] which you break rock, you can change the duration and the efficiency of that cycle.”

“There will also be another zone of the remaining mineral resource, which is best suited to cutting. One size does not fit all. It goes back to a mix of different technologies to extract value from these orebodies.

Smith highlighted that, after working in the mining industry for 35 years, he had come to learn that every mining company was challenged by the cyclical nature of the industry, and that the industry would continue to face viability challenges as economic conditions and market requirements shifted.

“The underlying enablers are, therefore, based on ICT. I believe we have the right tools – we’re just not using them effectively. This is the challenge and the opportunity.”

Rumblings of Change
The need to reduce the platinum sector’s reliance on manual labour was never more prevalent than in 2014, when mineworkers demanding higher wages downed tools for almost six months, bringing platinum production to a standstill.

However, several industry commentators have doubted whether platinum mining majors would risk the cost of mechanising mines, especially considering the current platinum price, which plummeted in the wake of the global financial crisis.

It seems, however, that Amplats is willing to take this risk, with independent chairperson and apartheid struggle veteran Mohammed Valli Moosa stating at the Joburg Indaba in October that last year’s strike was tantamount to a revolt against back-breaking, low-wage amd low-skill jobs and that the industry subsequently needed to move towards modernisation.

“There is no reason why we can’t come out of the dark ages and become a truly modern industry in which mining jobs are among the most valued in the South African economy,” said Moosa.

Reflecting Smith’s view that industry was not providing shareholders with sufficient return on investment, Moosa added that, as the world leader in the platinum sector, Amplats had a responsibility to lead the way in modernisation.

He also stated that the company’s workers were no less important than its stakeholders and that, while technological change would inevitably mean shifts in labour market requirements, technological change ultimately meant improved productivity, which was good for the economy and for society as a whole. Eventually, all jobs had to be dignified and safe, he said.

“What we should not do is take ourselves back into the dark ages and be fearful of technological improvements,” he stated, adding that technology would be the biggest driver of growth in South Africa and in sub-Saharan Africa for the foreseeable future.