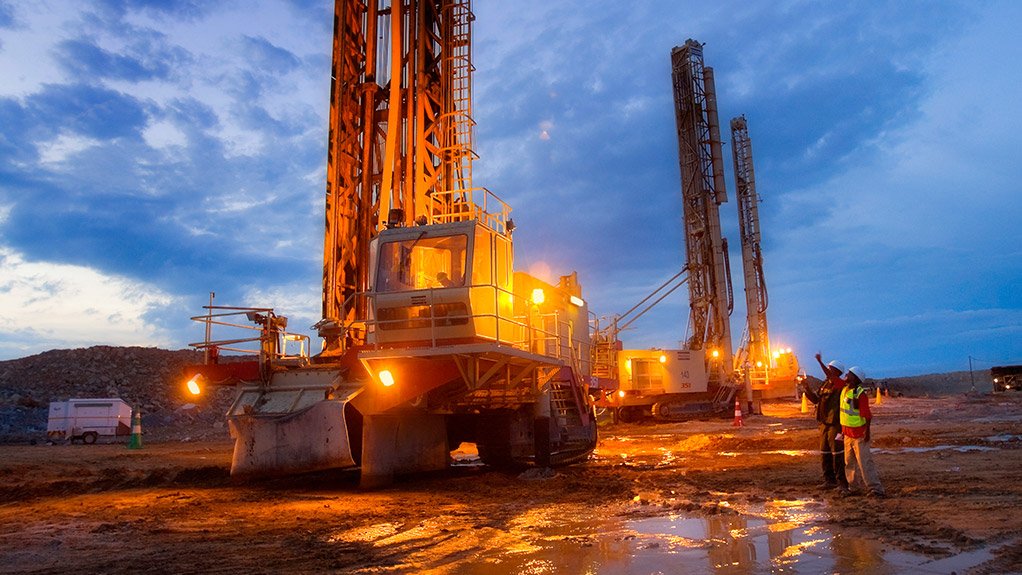 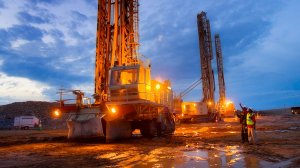 Photo by Anglo American Platinum
MOGALAKWENA MINE, LIMPOPO Strong performances from Mogalakwena, Unki and Union mines in the third quarter, were partially offset by reduced production from the joint venture Bokoni mine

The company noted that there were strong performances from its Mogalakwena, Unki and Union mines in the third quarter, which were partially offset by reduced production from the joint venture (JV) Bokoni mine, which had now been placed on care and maintenance, as well as lower production from the Mototolo mine.

Amplats stated that its own mine production decreased by 23% as a result of the sale of Rustenburg mine in November 2016, from which it now buys concentrate.

Excluding Rustenburg, own mine production from managed mines increased by 4% to 297 400 oz. Meanwhile, Mogalakwena’s production increased by 15% to 116 300 oz, owing to a 5% increase in built-up headgrade, in line with the mine plan, and a 6% increase in tons milled through the concentrators.

Amandelbult’s production, however, decreased by 5%, owing to lower available ore reserves and increased development as the mine transitions from the Tumela Upper to the Dishaba Lower upper group two (UG2) orebody.

Amplats said this had been partially offset by increased production of lower-grade surface material, with an overall 11% reduction in grade, compared with the third quarter of 2016.

Production at Unki was up 9% to 19 800 oz, as continued efforts in efficient mining height control reduced mining waste, leading to increased grade and higher production.

The Union mine’s production increased 6% to 39 900 oz as a result of improved stoping efficiencies.

The sale of Union to diversified mining investment company Siyanda Resources was announced on February 15 and is expected to be completed by year-end, after which production from Union will be treated as purchase of concentrate from third parties.

Production at Mototolo decreased by 49%.

“A decision was made to temporarily close the Mototolo concentrator plant following seepage detected on the tailings dam wall. Our risk assessment indicated that deposition on the tailings dam should cease until the remedial action had been completed, which should be by year-end,” Amplats explained.

The Mototolo mine will, however, continue to operate, with the ore to be stockpiled on surface for future treatment.

Amplats said the impact of the temporary closure of the concentrator plant would impact on production by about 45 000 oz of platinum this year.

Alternative milling plans are being evaluated to assess the timing impact of the mitigation plans.

Meanwhile, Amplats’ purchase of concentrate from associates was down 5% to 73 500 oz during the period under review.

The Bokoni mine’s output decreased by 32% owing to the ramp-down of mining activity following the operation being placed on care and maintenance in the quarter. This was concluded on October 1, and would result in a reduction of unprofitable platinum ounces of about 20 000 oz in the fourth quarter of this year and about 85 000 oz on a yearly basis.

However, Amplats noted that this was partially offset by strong production from the Bafokeng Rasimone Platinum Mine, which increased by 7%, owing to strong underground production and the ramp-up of Styldrift, in line with mine plans.

Maseve produced 483 oz during the quarter, as the mine had been placed on care and maintenance by owners Platinum Group Metals.

“This will result in a reduction of about 60 000 oz of platinum of third-party purchase of concentrate, if the mine had been performing in line with ramp-up plans for 2017.”

Refined platinum production decreased marginally by 2% to 684 100 oz for the quarter, as the comparative period refined additional inventory had built up following a Section 54 safety stoppage at the company’s Precious Metals Refinery in the first quarter of 2016.

Amplats said that the remaining backlog in inventory would be refined in the fourth quarter, adding that sales volumes for the quarter were up 13% to 663 600 oz.

Additionally, Amplats said the temporary closure of the Mototolo concentrator would impact on its full-year production. However, operational efficiencies across the portfolio, particularly at the high-margin Mogalakwena mine, had partially offset the reduction in unprofitable production.

“Refined production guidance was higher than produced guidance, as a built-up pipeline inventory of 100 000 oz will be refined by year-end,” Amplats concluded.