4IR a ‘unique opportunity’ for Africa to overcome development hurdles

4IR a ‘unique opportunity’ for Africa to overcome development hurdles 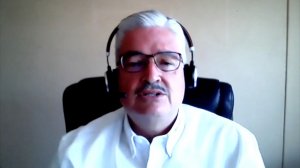 He spoke during an automation-themed webinar, hosted by the Society for Automation, Instrumentation, Mechatronics and Control (SAIMC) as part of this year’s Electra Mining Africa 2020 Connect virtual event, for which Creamer Media’s Engineering News & Mining Weekly is a partner.

He noted, however, that in order for Africa, and South Africa in particular, to overcome developmental obstacles, the continent, as well as the country, would need to overhaul its existing education systems, for a start.

To ensure longer-term success, the education system would need to include technologies and automation in the curriculum, as this would assist in ensuring people gained the skills needed for the jobs of the future and were able to adapt to the 4IR and beyond.

On the details of 4IR, which included the implementation of cyber physical systems in factory environments, Van Pelt questioned how Africa and South Africa would adapt.

The challenge, he said, was that by 2070, Africa was expected to have the largest population of people under the age of 25. He said that by overhauling education systems now, and preparing for the future, this generation of people was more likely to be educated for the jobs of the future and better adapted to automation.

In terms of South Africa’s development specifically, Van Pelt referred to the establishment of South Africa’s 4IR Strategy Implementation Coordination Council, which will be chaired by President Cyril Ramaphosa.

Under the strategy’s banner, Van Pelt suggested that the way forward would be to, first and foremost, focus on human capital investment and building 4IR-related infrastructure.

Additionally, he suggested that South Africa establish an artificial intelligence (AI) institute and a platform for advanced manufacturing and new materials.

The country would also need to secure and avail the necessary data to enable innovation, and to incentivise future industries, platforms and applications of 4IR, while also reviewing, amending, or even creating, policy and legislation.

However, considering that implementation would be key, Van Pelt said human capital investment would “be the cornerstone” of ensuring success.

4IR infrastructure will also see fifth-generation (5G) mobile technology become a more critical element as part of implementation and building towards a 4IR-focused future, he added.

The 5G technology would facilitate a new era of industrial production, and factories in the age of the Industrial Internet of Things will play a key role in delivering “entirely new levels of flexibility, versatility, productivity and efficiency”.

Logistics, automation, human and machine collaboration, as well as process automation were four areas likely to benefit the most from 5G, considering that 5G campus networks will provide the connectivity needed for new services and automation technology, which will enable devices both inside and outside a factory to communicate and collaborate directly.

However, without human capital investment forming the backbone of this journey, Van Pelt again stressed that it would not be possible.

“There are a lot of opportunities for South African companies, but Africa has the potential to become a global player again and become the cornerstone of technology in an African context for the African continent.”