By: Creamer Media Reporter      6th February 2020 Vancouver-headquartered South Star Mining has announced the results of a prefeasibility study (PFS) for its Santa Cruz graphite project, in Bahia, Brazil, which the company plans to develop in a two-phase approach. Phase 1 will be a pilot plant operation with the capacity to produce 5 000 t/y of... →

By: Esmarie Iannucci     29th January 2020 A definitive feasibility study (DFS) into the Chilalo graphite project, in Tanzania, has confirmed the project economics, with ASX-listed Graphex Mining telling shareholders on Wednesday that the company was continuing discussions with financiers with the aim of starting production by the fourth... →

By: Esmarie Iannucci     28th January 2020 The share price of graphite hopeful EcoGraf soared by nearly 17% on Tuesday, as the company expressed hope that gold miner Barrick Gold’s resolution of a dispute with the Tanzanian government would pave the way for the financing and development of the Epanko graphite project. Barrick recently... → 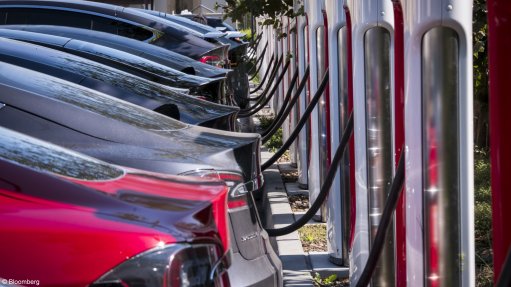 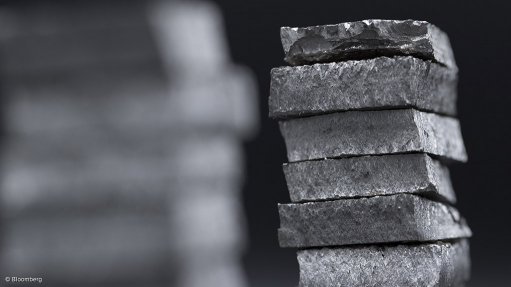 By: Esmarie Iannucci     22nd January 2020 Graphite miner Syrah Resources on Wednesday reported that 15 000 t of flake graphite was produced at its Balama project, in Mozambique, as production cuts took effect. The December quarter production was down significantly from the 45 000 t produced in the September quarter, as Syrah responded... →

Munglinup proves up for Mineral Commodities

By: Esmarie Iannucci     8th January 2020 A definitive feasibility study (DFS) on a concentrate only production scenario at the Munglinup graphite project, in Western Australia, has confirmed that the project would become a crucial asset in ASX-listed Mineral Commodities’ ambition to supply natural graphite. With the completion of the... →

By: Tasneem Bulbulia     7th January 2020 Aim-listed investment company Armadale Capital has appointed Amne Suedi to the board as a nonexecutive director, with immediate effect. Suedi, a legal professional, is the founder and CEO of Shikana Law Group, a law firm operating in Kenya, Zanzibar and Tanzania and headquartered in Dar es... →

By: Simone Liedtke     7th January 2020 TSX-V-listed South Star Mining has completed and formally submitted the environmental permitting documents to the responsible permitting consortium for the construction and operations of a 5 000 t/y pilot plant facility at its Santa Cruz graphite project, in Brazil. The company will also be... →

By: Esmarie Iannucci     18th December 2019 Graphite developer Renascor Resources has entered into a non-binding memorandum of understanding (MoU) with battery anode company Sicona to jointly develop battery anode material. Under the terms of the MoU, the two companies will collaborate in the production of next-generation anode materials... →

By: Esmarie Iannucci     11th December 2019 The South Australian government has granted ASX-listed Renascor Resources approval for a 60 t bulk sample from its Siviour graphite project. Ore extracted from the bulk sample will be used in the pilot plant production trial, which is taking place in China, and will provide marketing samples to... →

By: Esmarie Iannucci     13th November 2019 Trial mining has started at the Maniry graphite project, in Madagascar, ASX-listed Black Earth Minerals has reported. Mining and excavation activities will be completed by late November, with the more than 60 t bulk sample going to Beijing General Research Institute of Mining and Metallurgy in... →

By: Creamer Media Reporter      11th November 2019 The mine design for investment group Armadale Capital's Mahenge Liandu graphite project, in Tanzania, is being finalised, following a site visit by the project engineer. The mine design, which will be optimised to ensure high-grade areas are targeted first, will be included in a definitive... →

By: Esmarie Iannucci     11th November 2019 A definitive feasibility study (DFS) for the Sivior graphite project, in the Eyre Peninsula, has estimated that the project would require a capital investment of A$118-million based on a staged development, with an initial production of 80 000 t/y during the first four years of operation.... →

By: Esmarie Iannucci     5th November 2019 ASX-listed Bass Metals has reported record monthly shipments from its Graphmada mine, in Madagascar. The company this week said that a record 809 t of graphite was shipped during October, setting a new monthly record.  →

By: Creamer Media Reporter      30th October 2019 Aim-listed Beowulf has announced an upgraded mineral resource estimate for its Aitolampi graphite project, in Finland, including an 81% increase in contained graphite for the higher-grade western zone. The company reported an indicated and inferred mineral resource of 17.2-million tonnes at 5.2%... →

By: Marleny Arnoldi     25th October 2019 London-listed Armadale Capital has signed a memorandum of understanding (MoU) towards a proposed offtake agreement with Chinese company Datong Resources. The proposed offtake is for 25 000 t/y of graphite concentrate produced from Armadale’s Mahenge Liandu project, in Tanzania.  →

By: Esmarie Iannucci     25th October 2019 Graphite developer Walkabout Resources will raise $40-million through the launch of a secured loan note issued in the international capital markets. International investment bank Pareto Securities has been engaged to advise on the procurement of development funding for Walkabout’s Lindi Jumbo... →

By: Creamer Media Reporter      23rd October 2019 ASX-listed Kibaran Resources plans to change its name to EcoGraf to "clearly reflect" its strategy of being a preferred partner in the long-term supply of responsibly produced, high-quality natural flake and battery graphite products. Shareholders will vote on the proposed name change during the... →

By: Esmarie Iannucci     18th October 2019 Graphite miner Syrah Resources on Friday announced that some 30% of its staff at its Balama project, in Mozambique, will be made redundant, while executive management cuts will also be made. Syrah told shareholders that the sudden and material drop in flake graphite prices during the third... →

By: Mariaan Webb     17th October 2019 TSX-V-listed Graphite One’s mining project and associated advanced materials processing facility in the US state of Alaska has been nominated as a high-priority infrastructure project (HPIP). CEO Anthony Huston says that the HPIP designation request by Alaska Governor Michael Dunleavy is a... → 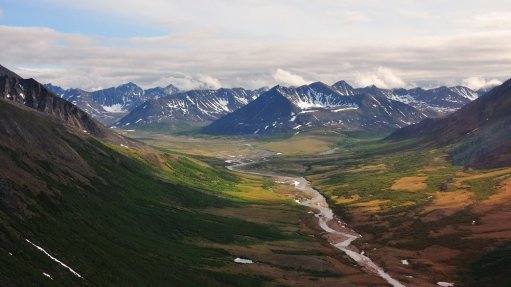 By: Esmarie Iannucci     10th October 2019 ASX-listed Battery Minerals has inked a memorandum of understanding (MoU) with US-based graphite processing specialist Urbix for a potential joint venture (JV) in Mozambique. Under the terms of the MoU, the two companies will work together to develop an environmentally friendly graphite... →

By: Esmarie Iannucci     9th October 2019 Graphite developer Walkabout Resources has secured a A$5-million short-term bridging debt facility from some investors and a company director to meet due diligence and operating costs as the company continues the development of its Lindi Jumbo project, in Tanzania, and finalizes its debt-based... →

By: Esmarie Iannucci     7th October 2019 Diversified metals developer Mineral Commodities (MRC) has completed the acquisition of Skaland Graphite AS, which owns and operates the Trælen mine and the Skaland processing plant, in Norway. MRC in April this year struck an agreement to acquire Skaland, consisting of an initial cash... →

By: Esmarie Iannucci     2nd October 2019 ASX-listed Mineral Resources has withdrawn from the McIntosh graphite joint venture (JV) with fellow-listed Hexagon Resources, in Western Australia. The two companies last year struck the JV agreement under which Mineral Resources could have earned a 51% interest in the project by managing and... →

By: Esmarie Iannucci     2nd October 2019 A consortium, which includes ASX-listed Talga Resources, has gained funding from the UK government’s ISCF Faraday Battery Challenge initiative, which would see the development of Talga’s graphitic anode for solid state batteries. Talga on Wednesday said that the Faraday project aimed to address... →

Siviour DFS due this quarter

By: Esmarie Iannucci     1st October 2019 A definitive feasibility study (DFS) for the Siviour graphite project, in South Australia, is due shortly, with developer Renascor Resources targeting first graphite by the second half of 2021. The DFS for Sivior is based on an optimised development plan which looked at increasing the 22 800 t/y... →