By: Martin Creamer     11th December 2013 South Africa is a focal point of Anglo American’s much-publicised, across-the-board operational review, which was fleshed out in an investor day media conference call hosted by Anglo American CEO Mark Cutifani. The investor presentation, which took place from London, was webcast live on the... →

By: Martin Creamer     10th December 2013 JSE-listed Sable Platinum has accepted a nominal R151 payout to exit one exploration project and will not receive the expected funding from a black economic-empowerment (BEE) partner on another, separate exploration endeavour. Headed by CEO James Allan, Sable is engaging in internal... → 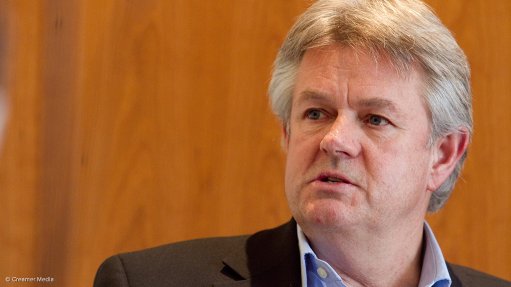 Sandstorm Gold to review investment in Colossus Minerals’ Brazil mine

By: Henry Lazenby     7th December 2013 Gold streaming firm Sandstorm Gold’s TSX-listed stock on Friday took a C$0.27, or 5.95%, hit after it announced that it would reconsider its investment position on Colossus Minerals’ Serra Pelada gold/platinum/palladium mine, in Brazil. The TSX-listed shares of Colossus on Friday also slid... → 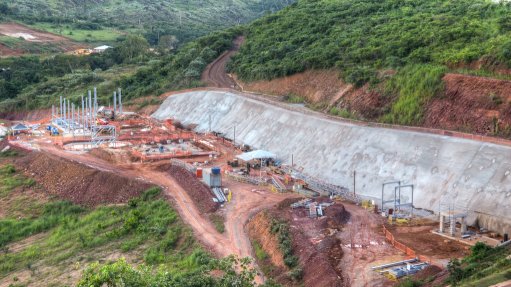 By: Henry Lazenby     6th December 2013 Legendary mining entrepreneur and self-made billionaire Robert Friedland ran the risk of inflaming tension in South Africa at a very sensitive time for platinum miners with his recent “fireside” remarks that underground platinum miners in the country were underpaid, market analysts at SP Angel,... → 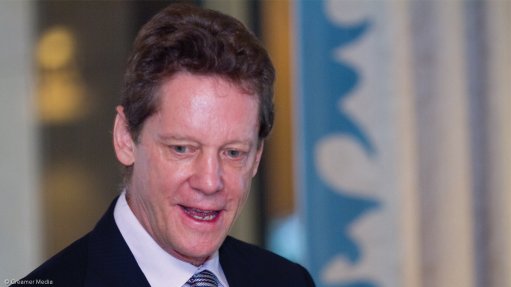 By: Henry Lazenby     6th December 2013 The passing on Thursday of former South African President Nelson Mandela – a world icon for peace and reconciliation – on Friday prompted market analysts at SP Angel, in London, to take a pensive look at how South Africa’s renewed legislative environment had helped to boost personal wealth... → 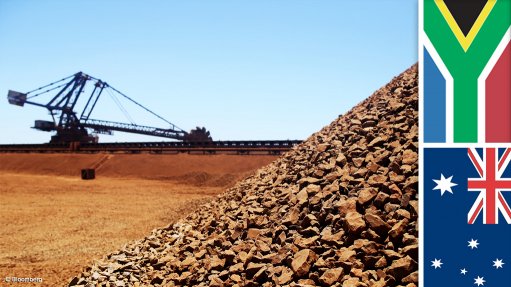 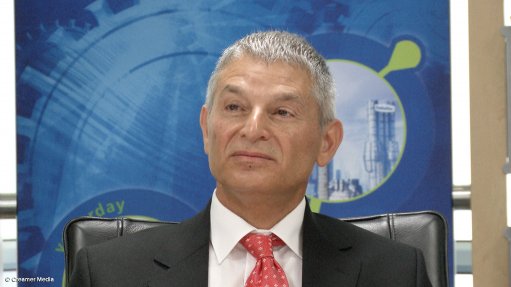 By: Martin Creamer     4th December 2013 Current negative platinum sentiment is a result of the delivery of an accumulation of mined and recycled metal into a market that does not really need it at the moment, says Impala Platinum marketing executive Derek Engelbrecht. Engelbrecht was commenting on a contention put forward by Dr Fraser... → 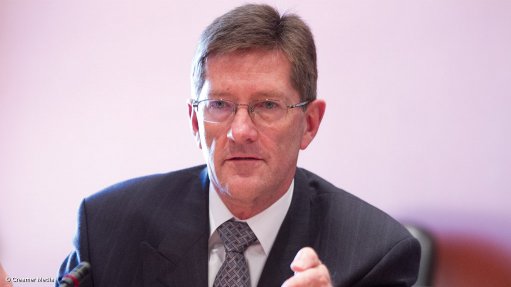 By: Martin Creamer     28th November 2013 JSE-listed exploration company Sable Platinum, which has accumulated financial losses of R79-million, is burning cash at a rate of R550 000 a month. Current cash will be sufficient to cover expenses until January 2014. Sable has a cash balance of R1 680 586 and has been using its own capital to... → 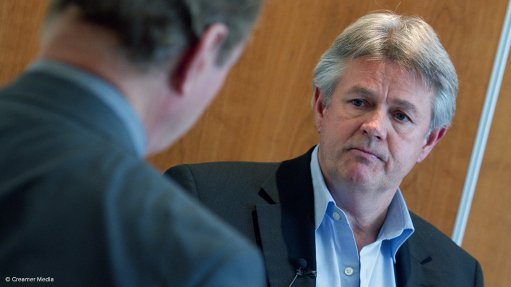 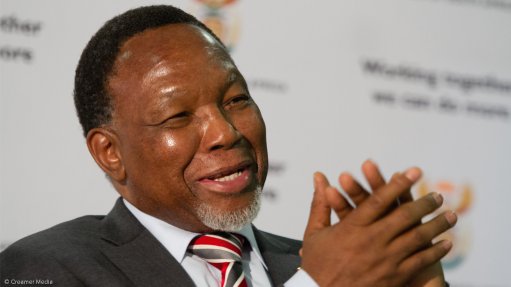 By: Martin Creamer     27th November 2013 South Africa’s mines are installing net-and-bolt safety systems at a rate of 170 000 safety bolts a day and 200 km of safety netting a day as part of an initiative that last year slashed fall-of-ground fatalities by 80%. The industry also made great strides with new proximity detection... → 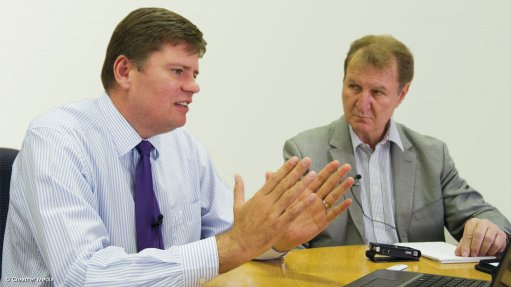 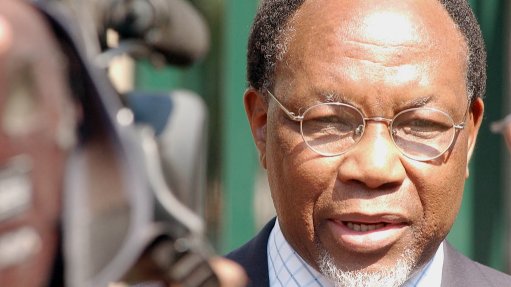 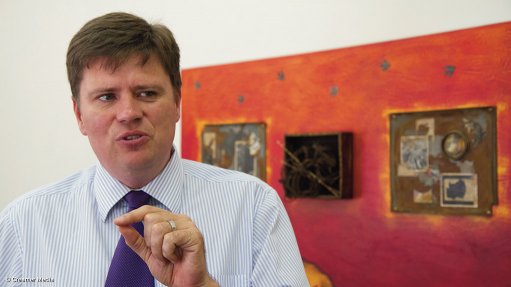 Solidarity calls on unions to set aside differences, allow economy to grow

By: Martin Creamer     18th November 2013 Trade union Solidarity on Monday called for a temporary setting aside of entrenched union differences to allow the South African economy to grow. “It’s never too late for a timeous solution, because South Africa still has the winning recipe. Our leaders just have to be willing to get to the... →

By: Martin Creamer     13th November 2013 Mining and bulk commodity trading giant GlencoreXstrata, which listed highly successfully on the Johannesburg Stock Exchange (JSE) on Wednesday, finds it acceptable that the South African government has stated unequivocally that it wants a 20% free-carried interest in oil and gas ventures. “I... →

South Africans snap up shares as GlencoreXstrata debuts on JSE

By: Martin Creamer     13th November 2013 South Africans have taken the opportunity to snap up the shares of global diversified major GlencoreXstrata plc, following its debut on the main board of the Johannesburg Stock Exchange (JSE). On Wednesday, nearly 52-million shares changed hands in more than 8 000 transactions as the... →

By: Martin Creamer     12th November 2013 Security of platinum supply is concerning platinum end-users, Johnson Matthey GM research Peter Duncan said on Tuesday. Speaking to Mining Weekly Online in a video interview (see attached), Duncan said the lack of capital investment even in the replacement of platinum production capacity in the... →

By: Martin Creamer     12th November 2013 New upcoming vehicle emission standards in Europe and China are poised to boost demand for platinum, Johnson Matthey GM marketing Jeremy Coombes said on Tuesday. In Europe, Euro Six emission standards will be introduced for heavy-duty vehicles and then passenger cars in 2014, when tighter... →

By: Martin Creamer     8th November 2013 Government, business and labour on Friday reported more progress towards sustainable South African mining when they met in Pretoria to fulfil the requirements of the framework agreement struck in July. The Framework Agreement for a Sustainable Mining Industry is being led by the Deputy President... →

By: Henry Lazenby     7th November 2013 Metals streaming firm Franco-Nevada this week reported a 32% slide in third-quarter revenue, lower precious metals prices impacted on its revenue. Net income for the three months ended September 30 totalled $35.3-million, or $0.24 a share, down from $52-million, or $0.36 a share. The company’s... →

By: Martin Creamer     7th November 2013 A migrant labour reform project, which could see the implementation of a new system of affording migrant mineworkers more time at home with their families, was at an advanced stage of “workshopping”, Teba Limited top brass said on Thursday. Responding to Mining Weekly Online during question time... →

By: Creamer Media Reporter      6th November 2013 Creamer Media’s Platinum 2013 report examines South Africa’s platinum sector business environment, with particular focus on labour activities, safety stoppages and operation closures in the sector in the past 12 months. It also focuses on the main participants, their operations, projects and... → 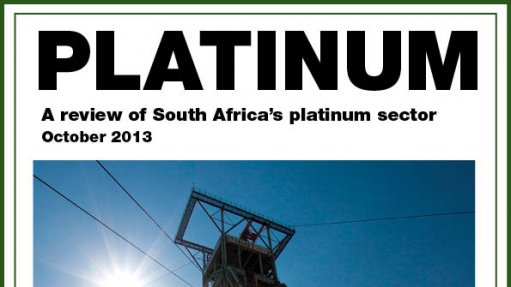 By: Martin Creamer     31st October 2013 With South Africa’s once mighty grip on the world platinum market slipping, exasperated end-users are eyeing Zimbabwe as the heir to the platinum throne, top global platinum consultant Stephen Forrest said on Thursday. Forrest, in South Africa for the Joburg 2013 Investing in Resources and... →

'If I were a manager today, I would refuse to deduct garnishee orders' – Godsell

By: Martin Creamer     30th October 2013 Former AngloGold Ashanti CEO Bobby Godsell said on Wednesday that if he were still a manager today, he would refuse to deduct garnishee orders, which he believed played a nefarious role in the build up to the Marikana tragedy. The Business Leadership South Africa chairperson also advocated that... →

By: Keith Campbell     25th October 2013 Russian mining major MMC Norilsk Nickel (Norilsk) has revealed that it is to sell its Southern African and all its other international assets by the end of 2016. This process, which will start next year, is part of the group’s new strategy, which will see it focus on “Tier 1” assets. The new... →

Thinning crowd of junior miners provides both opportunity and risk

By: Henry Lazenby     18th October 2013 Investing in minerals-focused junior companies is not for everyone, and is often left to highly sophisticated investors and speculators; however, some investors include juniors in their portfolios for the sake of diversification. While some investors favour precious metals, as they tend to have... →

By: Henry Lazenby     16th October 2013 Africa-focused Ivanhoe Mines on Wednesday reported that it had intersected “unprecedented” mineralisation in an exploration drill hole at its flagship South African Platreef precious-metals project. The company said it had found 4.51 g/t of platinum, palladium, rhodium and gold (4E) over 90.64 m,... →

Friedland talks up platinum, the creation of a ‘Platinum Valley’ in Limpopo

By: Henry Lazenby     11th October 2013 Outspoken financier and mining guru Robert Friedland is poised to make history in South Africa, as he envisions the creation of a ‘Platinum Valley’ in the platinum-rich Limpopo province that would be synonymous to hydrogen fuel cell manufacturing, as California’s Silicon Valley is to technology.... →

Economist calls on South Africa to save pivotal gold-mining industry

By: Martin Creamer     3rd October 2013 Steps must be taken to halt the rapid decline of South Africa’s crucial gold-mining industry, economic strategist Chris Hart urged on Thursday. Hart, who was delivering the keynote address at the Tenova Mining & Minerals Symposium in Johannesburg, warned that if steps were not taken timeously,... →

By: Martin Creamer     1st October 2013 Gold-from-dumps miner DRDGold is losing its executive director and CFO to Australia. Craig Barnes, a 42-year-old father of two, will leave the company and South Africa on January 1 next year. He has served in various capacities in DRDGold’s finance department since 2004.Following a series of... →

Mick Davis and team get going again as well-backed X2

By: Martin Creamer     30th September 2013 Shades of the old Xstrata surfaced on Monday with the emergence of the new X2 Resources, backed by an initial $1-billion investment, under former Xstrata stalwart Mick Davis and his long-standing support executive Trevor Reid. X2 Partners, Noble Group Limited and TPG Capital announced their... →

By: Henry Lazenby     23rd September 2013 Africa-focused base and precious metals project developer Ivanhoe Mines on Monday announced the terms of a nonbrokered private placement with a group of investors to raise C$100-million, aimed at advancing the company’s Democratic Republic of Congo projects. However, the proposed transaction was... →

By: Martin Creamer     20th September 2013 South Africa’s long-standing position as the top global ferrochrome producer is being lost and the export of raw, unbeneficiated chromite ore is on the rise from this country. Heinz Pariser Alloy Metals and Steel market research director Dr Gerhard Pariser, who addressed the MetalBulletin... →