By: Esmarie Iannucci     4th January 2011 ASX-listed Minotaur Exploration on Tuesday reported that it could start kaolin production at its Streaky Bay project, in South Australia, by the end of 2012. The explorer said in a statement that it would proceed with formal feasibility studies, and subject to board investment approval in early... →

By: Esmarie Iannucci     4th January 2011 Oil and gas developer Hawkley said that it expected to start commercial gas production at its Sorochynska asset, in the Ukraine, by mid January. The recently-listed oil and gas company has completed the installation of the pipeline to the gas plant, and has connected the pipeline to the well head. →

ITH targets 2016 production at Alaska mine as interest swells

By: Liezel Hill     29th December 2010 International Tower Hill Mines, which already has more than 13-million ounces gold in resources at its Livengood project in Alaska, aims to have the mine in production by 2016, CEO Jeff Pontius said. Shares in the company have risen more than 50% since September 30, and were trading at around... →

By: Liezel Hill     16th December 2010 DMC Mining Services, the mining services subsidiary of base-metals producer Quadra FNX Mining, has signed a contract to build two new mine shafts for BHP Billiton at its Jansen potash project in Saskatchewan. The entire contract is valued at about $400-million, and DMC will receive a combination... →

By: Tracy Hancock     10th December 2010 Platinum-mining company Anglo Platinum reports that the men-and-materials shaft at the Thembelani two project, which is still in the execution phase, is currently 1 074 m deep. The shaft has a planned depth of 1 178 m and is scheduled for completion in July 2011. Its pillar inner core removal... →

By: Tracy Hancock     10th December 2010 Engineering projects firm TWP has been awarded a R20-million turnkey contract for a new materials handling system at the Mototolo mine's concentrator, scheduled for completion in February 2011. The platinum-group metals mine is a joint venture (JV) between platinum-mining company Anglo Platinum... →

By: Liezel Hill     26th November 2010 Diversified miner Rio Tinto will invest C$10-million over five years to set up a Centre for Underground Mine Construction in Canada, the group announced late on Thursday. The new facility will be based at the Centre for Excellence in Mining Innovation (CEMI) in Sudbury, Ontario, and will focus... →

Technology seen as key to future of mining – Albanese

By: Esmarie Iannucci     3rd November 2010 Finding easily accessible resources would become increasingly difficult as global demand continued to grow, but Rio Tinto CEO Tom Albanese said that it was premature to speculate about mineral depletion. Albanese, who was speaking at the China Overseas Investment Fair, said that the earth’s... → 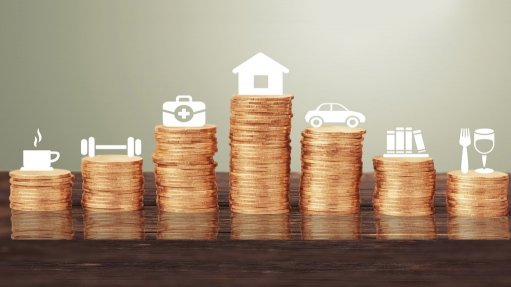