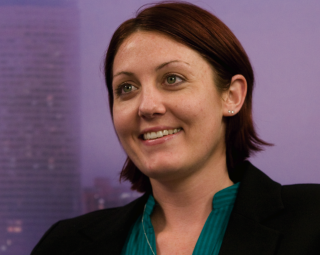 7th October 2011 JSE-listed Jasco seeks to take advantage of the “very exciting” energy sector in South Africa, and will position itself as a tier-two player providing distribution and transmission equipment to independent power producers (IPPs), the firm said at it’s year-end results. →

30th September 2011 The country is set to meet its universal electricity access target of 2014 – when all communities, households, clinics and schools can look forward to being electrified, maintains South African President Jacob Zuma. →

22nd September 2011 JSE-listed Village Main on Thursday stated that it had started a process to dismiss members of the National Union of Mineworkers (NUM) who took part in an unprotected strike in the form of a go-slow at its Cons Murch mine in Limpopo. Thus, Village could dismiss as much as 88% of its workforce at... →

19th September 2011 London-listed International Ferro Metals (IFM) on Monday reported an increased loss of 24c a share for the year ended June 2011, but newly appointed CEO Chris Jordaan remained confident that the company was “better positioned than it has been for a long time”. The results compared with a loss of... →

16th September 2011 American Tower Corporation (ATC) expects the adoption of the infrastructure-sharing model to grow significantly in South Africa, benefitting the country and advance the industry along the same lines as other leading emerging markets. →

Low-carbon funding prospects under the spotlight

16th September 2011 The World Wide Fund for Nature (WWF) recently put the spotlight on funding for the green economy, at a symposium entitled “Embracing Opportunity - Innovative finance for a low carbon economy”, which brought together some of the country’s foremost thought leaders to identify opportunities for... →

2nd September 2011 Telecoms equipment manufacturer Ericsson is one of the main vendors supporting MTN South Africa’s pilot long-term evolution (LTE) network, which has been rolled out in parts of Gauteng, and says that the mobile operator is well placed to pioneer this fourth-generation mobile technology in Africa.... →