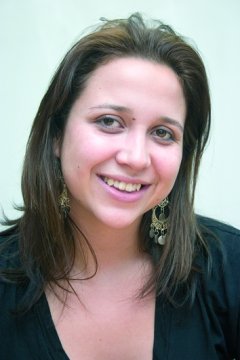 4th April 2008 Forestry products group York is currently investigating the potential for one or more cogeneration projects using a combination of its waste products and steam to generate power as a solution to the electricity crisis in the medium term, its CEO said last week. “In the medium term we are looking... →

31st March 2008 Fluorspar miner Sallies reported a net loss before taxation of R26-million for the first half of the 2008 financial year, compared with the loss of R19-million for the same period in 2007. Of this figure R15-million was attributable to Witkop and R11-million to Buffalo. →

31st March 2008 The Pamodzi Resources Fund (PRF) and Harmony Gold announced on Monday that John Munro had been appointed CEO of the new uranium company created through the sale of certain of Harmony's uranium and gold assets. Munro, who has a degree in chemical engineering, currently holds the position of... →

25th March 2008 Junior diversified miner Chrometco said on Tuesday that it expected a 130% turnaround in its earnings a share for the year ended February 29, 2008, taking the figure to 3,41c a share compared with the previously reported loss a share of 2,79c in 2007. This turnaround would reflect an improvement... →

20th March 2008 Aim-listed mining exploration and evaluation group Kalahari Minerals said on Thursday that it had conditionally raised £14,4-million, before expenses, through the placement of about 46-million new ordinary shares at a price of 31,25p a share. "Kalahari has a broad portfolio of projects... →

Dwyka made ‘solid progress' in first half

14th March 2008 Aim- and ASX-listed Dwyka said on Friday that it had made "solid progress" with all its strategic and operational objectives during the half-year, with exploration work starting on the Muremera nickel project, in Burundi, in conjunction with its partners BHP Billiton. To date BHP... →

14th March 2008 Coal and metals producer Coal of Africa (CoAL), released its results for the half-year ended December 31, 2007, moving from the previous year's profit of A$433 626 to a loss after tax of about A$2,2-million. The company noted that this was primarily attributable to a foreign exchange... →

14th March 2008 Africa-focused mining company Aim Resources will, in the upcoming months, decide on the project-funding for its Perkoa zinc project, in Burkina Faso, start the mine decline, and increase the process plant's capacity. The company said on Friday that it would have to raise a further... →