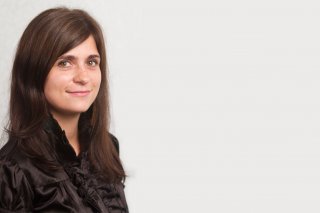 23rd August 2013 The University of Cape Town (UCT) Graduate School of Business (GSB) has been ranked fifty-ninth in The Economist’s inaugural Which MBA? list of Executive Master of Business Administration (EMBA) programmes, making it the only African business school to do so. The comprehensive new ranking was... →

23rd August 2013 Global wind and solar developer Mainstream Renewable Power has announced a €100-million equity investment deal with Marubeni Corporation, which would see the Japanese group take a 25% stake in the company. Ireland-based Mainstream, which has plans to build wind and solar projects in South... →

16th August 2013 Despite ongoing calls for a review of South Africa’s labour legislation to resolve the country’s industrial-relations and unemployment problems, Department of Labour deputy director-general for labour policy and industrial relations Les Kettledas believes the answer lies not in amending the law,... →

16th August 2013 JOHANNESBURG (miningweekly.com) – The Department of Energy’s Central Energy Fund (CEF) has invited capable service providers to submit proposals for a prefeasibility study (PFS) to determine the capital and operating costs for the design, construction and delivery of a process plant at its... →

16th August 2013 JOHANNESBURG (miningweekly.com) – Aim-listed Gemfields on Monday reported improved production results from its 75%-owned Kagem mine, in Zambia, and said that negotiations with the Zambian government over the location of its auctions were continuing. The company increased production from Kagem, in... →

Gold One, Goliath advance plans to restore gold mining on the East Rand

16th August 2013 JOHANNESBURG (miningweekly.com) – Dual-listed Gold One and exploration and development company Goliath Gold on Thursday said that two of three prospecting applications pertaining to the R70-million acquisition of the underground deposits and selected surface assets of the Pamodzi gold mine, on... →

9th August 2013 The South African Chamber of Commerce and Industry’s (Sacci’s) June Copper Theft Barometer registered its first significant increase since September last year when it rose to R11.1-million, up from R9-million in May and R9.9-million in April. While the index has been showing downward movement in... →