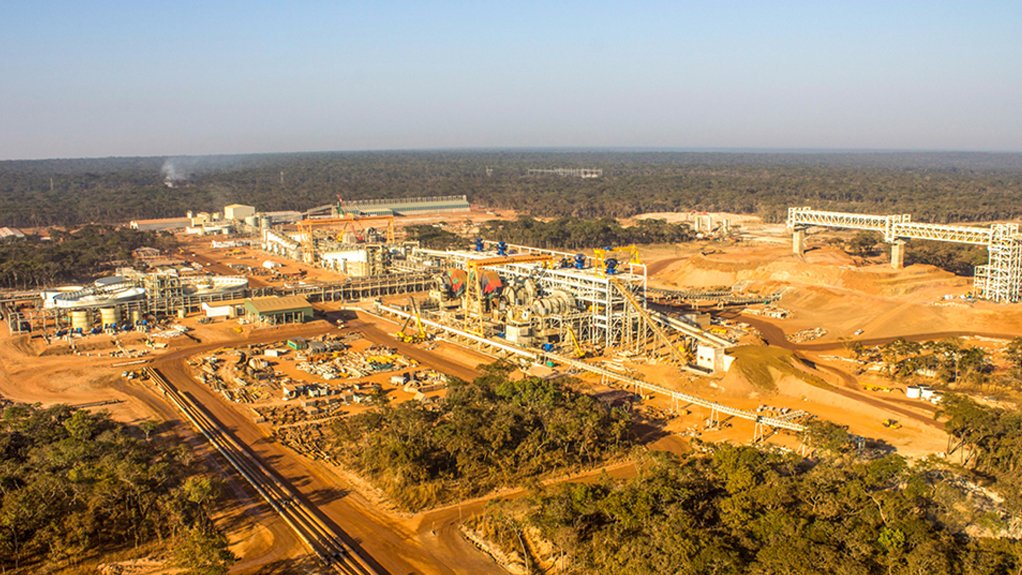 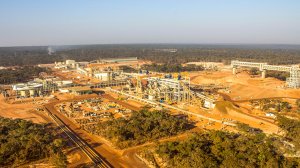 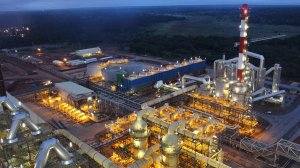 TSE-listed global metals and mining company First Quantum Minerals (FQM), which operates the Kansanshi mine and smelter, in Solwezi, and the Sentinel mine, in Kalumbila, in Zambia’s North-Western province, has been ranked the sixth-largest copper producer in the world.

More than half of the company’s global copper production during the year was produced in Zambia. Last year’s production was the highest yearly copper production in FQM’s history, mostly driven by record production at its new openpit Cobre Panama mine, in Colon province, 120 km west of Panama City, and the resilience of operations such as those in Zambia, says FQM.

FQM’s Zambian operations at its Kansanshi and Sentinel mines contributed 435 000 t of copper to the total global output, representing at least 53.3% of total output last year.

Kansanshi achieved copper production of 202 000 t for the full year, which is 19 000 t lower than 2020, reflecting the depleting oxide ore in the maturing mine, as well as copper production in the fourth quarter of last year totalling 52 000 t, a reduction of 1 000 t from the same period of 2020 because of lower grades and oxide recoveries.

Sentinel, meanwhile, achieved copper production of 233 000 t for the full year, 18 000 t lower than 2020 levels. Last year’s performance was impacted on by the Train 1 Ball Mill Trunnion failure in the first quarter and a lower grade profile; however, record quarterly throughput of 61 000 t was achieved in the last quarter of 2021.

The continued increase in copper production and growth of the company overall was owing to the company’s key stakeholders – its host communities and employees, notes FQM country manager General Kingsley Chinkuli.

"Our host communities’ support is and will always be crucial to our operations. The FQM family has continued to safely run our operations efficiently and is working hard to improve our operational performance, despite challenging operating conditions from prolonged Covid-19 disruptions.”

The mining company demonstrated a phenomenal ability to keep operating at a time when the sector faced uncertainty and was optimistic of increased copper production as the mining firm plans to invest in additional production facilities to process lower grade ore contingent on a more favourable fiscal regime, adds Chinkuli.

FQM achieved copper sales volumes of 196 702 t in the first quarter of this year, exceeding production levels by 14 492 t, with lower closing inventory levels at its Zambian operations in particular, according to the company’s results for the period.

Kansanshi’s copper production of 41 899 t for the period under review was about 10 000 t lower than the fourth quarter of last year, resulting from a decline in ore grades. Kansanshi’s lower grades on the oxide and mixed circuits had a consequential further impact on recoveries.

Improvement in grades at Kansanshi in future years would be reliant on approval and implementation of the company’s S3 expansion project, explains FQM.

Also impacting copper C1 cash costs in the first quarter of this year was lower production and the underlying cost increases from higher freight, fuel and explosive prices. Copper all-in sustaining cost of $2.47/lb was $0.80/lb higher than the fourth quarter, owing to higher copper prices driving an increase in the royalty rate, higher capitalised stripping and higher copper C1 cash costs in the quarter.

Sentinel’s copper production of 52 475 t for the period under review was 7 722 t lower than the fourth quarter of 2021, owing to lower mill throughput and grades.

An extended rainy season constrained the planned waste stripping and delayed access to high-grade ore. Lower ore grades are expected to continue for the first half of this year and improve in the second half, states FQM.