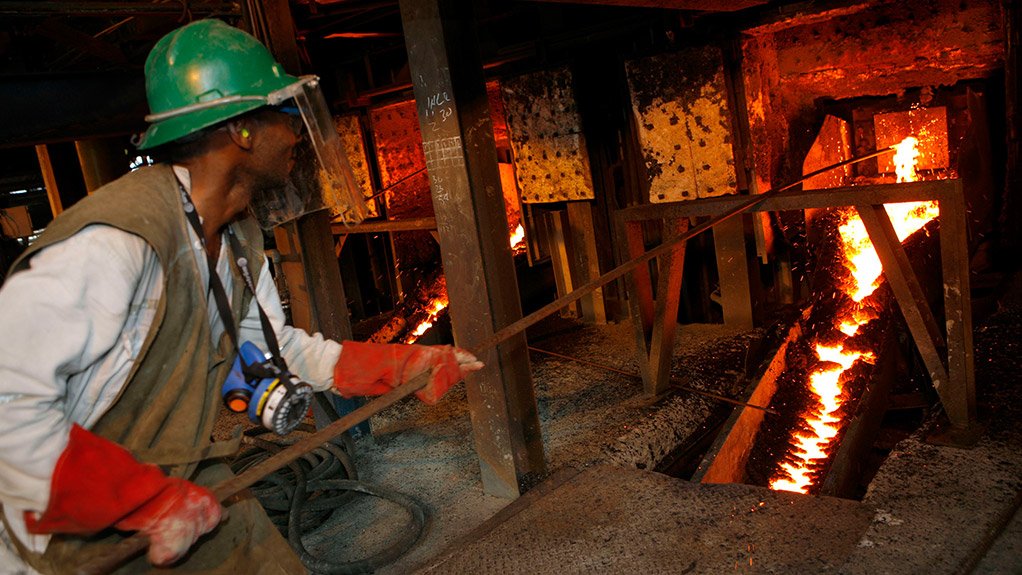 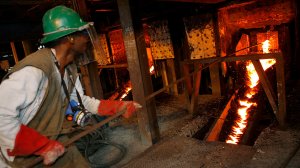 JOHANNESBURG (miningweekly.com) – The CEO of Zambia-focused Mopani Copper Mines has warned that the withholding of value-added tax (VAT) refunds due to copper mining companies by the Zambian government, may negatively impact the company’s plans to invest in new projects in the country.

The copper and cobalt miner, which is majority-owned by global diversified group Glencore and led by CEO Danny Callow, has announced its intention of spending $800-million on sinking two new deep shafts at its Mufulira and Mindola mines to extend the life of the two mines by 25 to 30 years.

“We are determined and focused on ensuring that works on the aforementioned projects progress; [however,] I would like to express my concern and distress that the continued withholding of our VAT refunds to the tune of $200-million, to date, may force us to slow down progress on these projects.

“In fact, I must mention that some of the projects have since been suspended due to financial constraints and these suspended projects will have a major future impact on our goal to increase copper production yet again by more than 50%,” he cautioned in a statement on Wednesday.

Zambia has, from September 8, waived a rule requiring companies that export their goods to produce import certificates from destination countries to claim tax refunds. It also announced that it would negotiate the staggered repayment of about $600-million in VAT that was paid by copper miners but withheld pending the submission of import certificates prior to the implementation of the waiver.

The Chamber of Mines of Zambia, last month, appealed to government to refund the withheld VAT refunds due to copper miners, saying that withholding the funds could impact on cash-constrained miners’ investment plans and lead to production cuts, in turn, reducing the revenue due to the local tax authority.

“The continued withholding of our VAT refunds, despite having provided all the necessary proof that our copper is exported using the Zambia Revenue Authority ASCYUDA system continues to have a critical and very negative impact on our operations.

“Mining typically involves a huge capital investment requirement and in order to provide security and encourage a positive investment climate, we need stability and consistency in the fiscal regime,” asserted Callow.

He further indicated that, should Mopani Copper not reach its copper output growth targets, the company would not be economically sustainable, potentially putting the jobs of 20 100 employees on the line.

Further, this would also negatively affect the company’s about 1 900 suppliers, of which many were local suppliers in the Kitwe and Mufulira regions.

Callow made these statements at the final blast to complete the sinking of the $323-million main Synclinorium shaft at the company’s Nkana mine, this week.

The equipping of the 1 280 m shaft, which would extend the Nkana mine’s life by 20 to 30 years, was now under way and would take about a year to complete.

“The long and dedicated hours of hard work by Mopani and our Synclinorium shaft project contractors Murray and Roberts are paying off. This is an achievement worthy of celebration as it is evident that slowly, steadily and surely we are getting closer to the completion of this gigantic project that is economically important not only to Mopani, but to the mining industry and the nation at large,” commented Callow.

He indicated that a number of challenges had been encountered throughout the shaft-sinking project, citing the lower-than-expected copper price on the London Metal Exchange, as well as unstable exchange and inflation rates, as having added to pressures to complete the project.

“These have greatly impacted our cash flow, but both ourselves at Mopani and Murray and Roberts remained focused and worked tirelessly, pushing ourselves to the limit to ensure that today we can stand proud as we carry out the last blast to mark the 1 280 m target.”

Meanwhile, should the sinking of the proposed shafts at Mindola and Mufulira proceed, they would be sunk to depths of 2 000 m each, making them the deepest shafts ever sunk in Zambia and the deepest copper mines on the African continent.

“These shafts will help to make our operations much more efficient and cost effective. Like the Synclinorium shaft, they will add a further 25 to 30 years of mining life to the Mindola and Mufulira mines respectively, thereby ensuring that Mopani continues to be a major partner in Zambia’s economic development through securing employment for many Zambians and tax contributions to the government,” he commented.