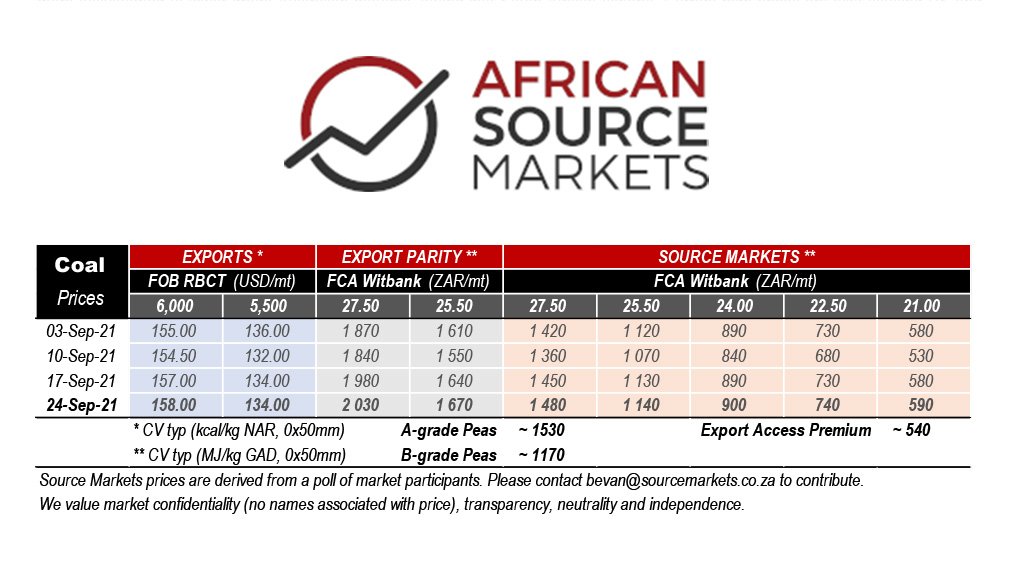 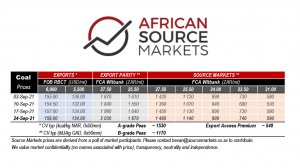 International markets had another strong and volatile week as a spot physical ARA cargo traded at $200, several dollars over paper levels. Crude, gas and power prices have also been tearing upwards, keeping the fire going under coal prices.

Meanwhile, as China continues its ban on Australian coal, Indian buyers have been getting more accustomed to lower-grade Australian material, eating into South African exports.

Current high prices are also causing US and Russian producers to cast their supply net further afield, with all markets up for grabs at the moment.

Bizarrely, coal mines have never been more investable, with juicy cash returns, and yet funding remains difficult, especially with COP26 around the corner now.

Thus, the global supply response is likely to lag for some time, ensuring that coal will eventually become more scarce, and prices remain on the boil.

Within South Africa, Eskom is courting a panel of global financiers to encourage a shift towards renewable power and battery storage. One hopes that the latter will be a core focus, as extreme climate events have proved the reliability of fossil-fuel power during times of renewable power shortage.

Meanwhile, scientists have discovered that a compound of barium and titanium can deliver up to ten times more solar power than silicon. Expect more investment towards mineral sands mining going forward, although how that qualifies as “renewable” is anyone’s guess.