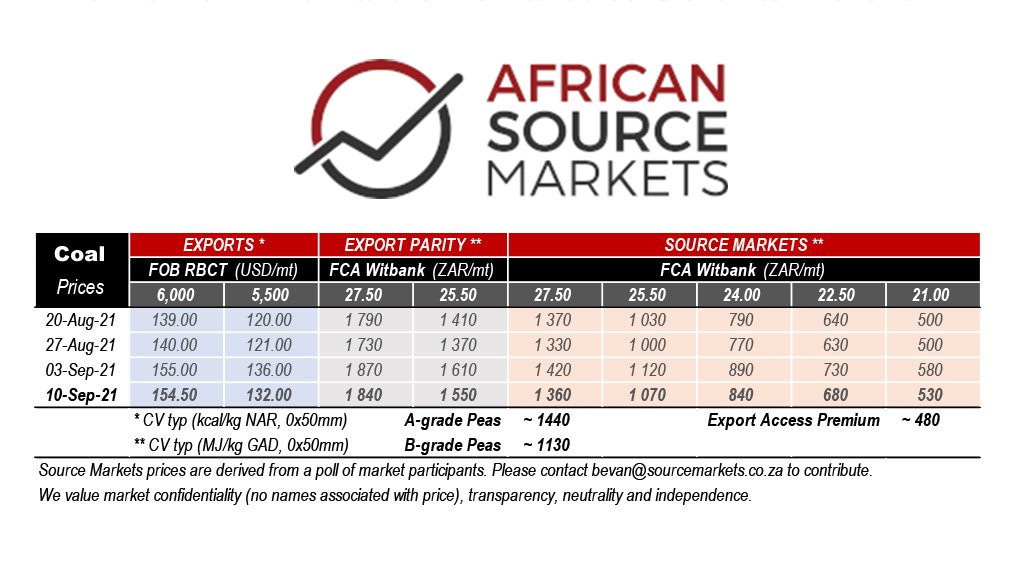 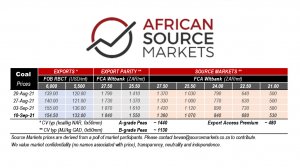 Chinese domestic prices are generally firmer once again, as state inspections over mine safety hold back supplies. Consolidation of China’s small coal mines into mega producers has seen over a third of coal miners lose their jobs in recent years.

Fears of mass unemployment leading to social unrest has helped slam the breaks on Chinese plans to cut emissions, even as the country has suffered blackouts as coal imports were disrupted due to Covid and other supply constraints.

China also launched its emissions trading system in July, although prices are less than US$7/ton, about 1/10th of the European price, which is not nearly high enough to force big polluters to clean up their act.

The market currently covers over 2 100 big power producers, generating about 15% of global carbon emissions. Even though renewables are cheaper in China, energy quotas continue to incentivize utilities to favour coal, leading to a rush to build new coal capacity before the deadline to peak emissions.

With flooding in Indonesia, and continued rain in India, there is both less solar power available, and less coal supply, factoring into the higher prices once again. Indian buyers
hoping for a dip in prices as Chinese demand was supposed to ease off, are fast becoming more desperate.

Of course sustained high coal prices could be the final nail in the coffin for coal, but not until viable alternatives exist for extreme weather conditions.