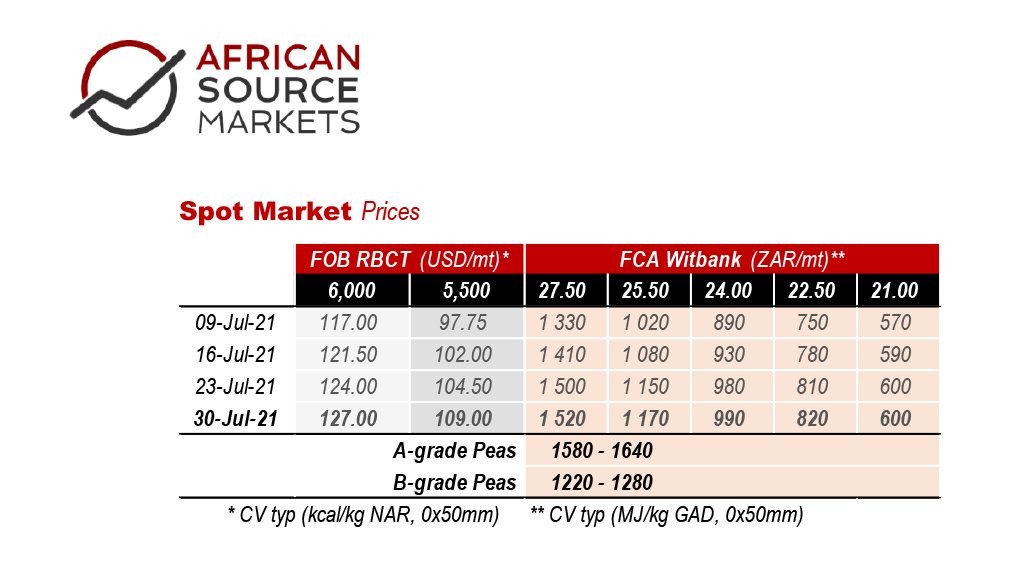 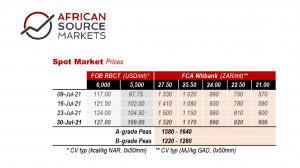 The old coal stations (Komati, Grootvlei and Camden) are likely targets for gas conversion but of course these use hardly any coal any more these days, running on very low energy availability factors.

Nevertheless, financiers including the World Bank, seem impressed, which is important going into COP26. Like most carbon intensive generators around the world, it’s not that coal is being cut so much, but that new generating capacity will all be renewables based.

In South Africa at least, we therefore maintain that coal supply will start to fall faster than coal demand, leading to a significant coal supply cliff by 2030.

However, global pressure is ramping up to phase out coal, as the G20 leader summit in Rome end October (just ahead of COP26) will attempt to pressure China to comply.

Coming out of recent tragic and disastrous floods, likely related to climate change, China may now be more willing. Chinese domestic coal prices fell significantly as pressure has eased on power demand, and government steps up its efforts to calm the market. European gas inventories remain low, continuing to drive coal demand in the Atlantic for now.

With spot August already tracking at over $130/t, it is inevitable that next week will see momentum continuing to surge upwards.

It is prudent therefore that one sounds the alarm that we are heading into overbought territory once more, at least on this daily chart.

On a monthly and weekly view, we have some more room to run, although these charts are also pushing higher quite rapidly.