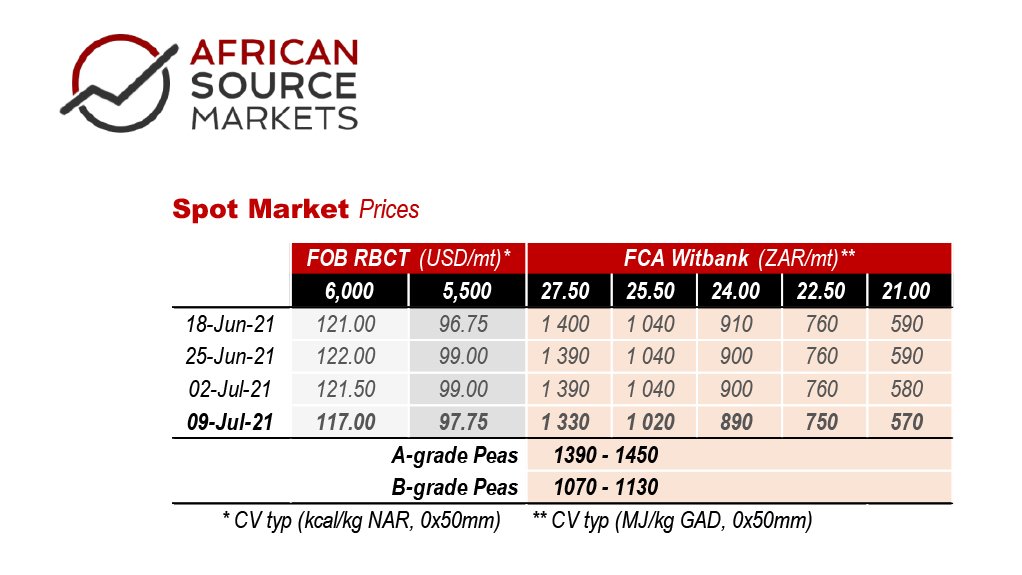 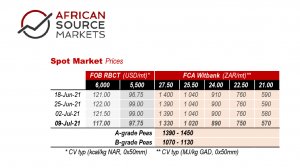 Although coal prices are a little off their highs, talk is already abounding of new coal mine investment… everywhere except for South Africa it would seem.

Botswana and Tanzania are turning to Chinese investors to develop new coal reserves and rail link lines. In the case of Tanzania, a major new bulk export port is also planned.

Botswana coal is probably the most viable option to plug a major coal supply cliff from 2030, but it depends on getting Transnet Freight Rail (TFR) to integrate an export rail line into its South African coal corridor.

Meanwhile, TFR is still struggling to deal with rail reliability amidst rampant theft and maintenance issues. The lack of rail and tightness of coal supplies could see annualised Richards Bay Coal Terminal tonnages at only the same level as last year, which would be a shame amidst such high prices.

Although coal supply remains subdued in China, domestic prices are expected to cool as production resumes from previously suspended capacity, with larger quotas for mines now approved as well.

As European gas, power and oil markets all experience choppy prices, one trend seems to be emerging… with wilder weather caused by climate change, utilities will most likely come to rely more and more on reliable baseload fuels such as coal and gas, that can be stored and burned at will. Carbon prices are not sufficiently onerous enough to prevent ongoing gas-to-coal switching.

Hence, we would expect RB1 to linger around the $120 mark for a little while yet. Physical constraints on supply should see RB1 start to close the gap with Newcastle in due course, and momentum is clearly giving us a breather to enable price to rise once more in a few weeks time.