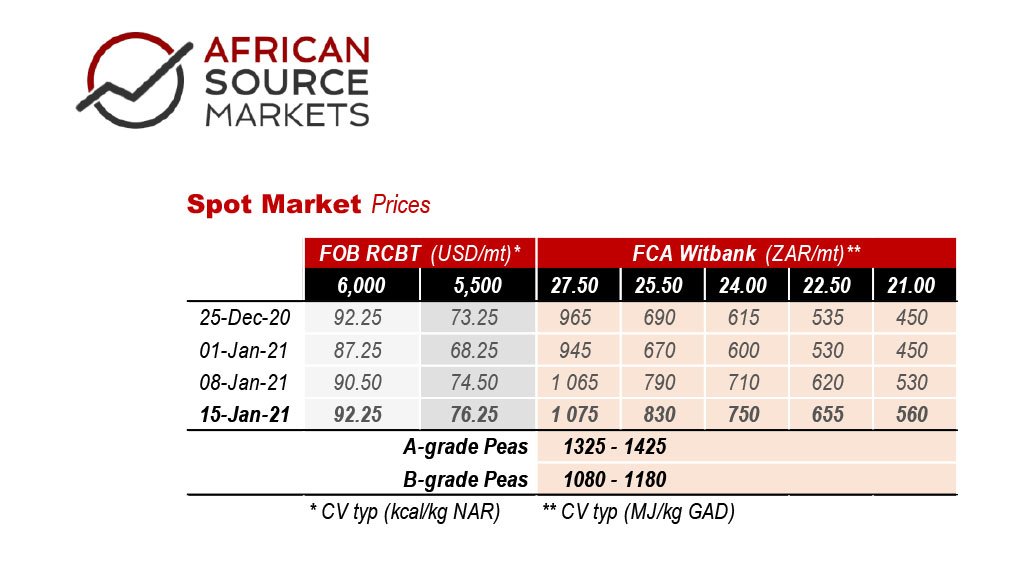 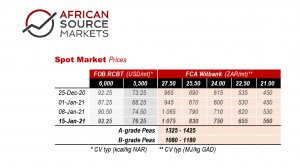 Australian coal exporters have pivoted to target India, exporting almost 7 Mt to the country for 2020.

With FOB Newcastle trading around $6/mt lower than RB1, this represents a clear threat to SA exporters. The other threat is of course Coal India’s ever-present plans to increase its own domestic production and railing of coal, although domestic supply to India’s power sector actually dropped 5% during 2020. Coal India is also mulling plans to diversify into aluminium smelting and solar power, so clearly the lack of focus is hampering ambitions.

Continued unseasonably cold weather across much of Asia is driving both South Korea and Japan to also increase their coal burn. Several utilities have closed tenders for multiple capesizes in the $80-$85 range for RB1 type material.

Within Australia itself, coal-fired power generation is expected to fall from around 22.5 GW currently, to around 15 GW by 2030 as low wholesale electricity prices make coal plants uneconomic. South Africa can only admire from a distance the beauty of a deregulated power market, as it continues to deal with all the problems of a centralized monopoly power provider.

However, at around R560/mt an Eskom 21 MJ/kg coal is once again as high as it has ever been, on an export parity basis. Whilst coal prices probably won’t remain so high for too long, it does once again throw into question the merits of offering coal producers a cost-plus option vs. spot market related pricing.

As expected, RB1 remains bullish, even as momentum recedes. We are getting ready to see a downward cross in momentum, indicating that price could get a little choppy now, although the bulls remain firmly in charge, as indicated by the still incredibly positive signal line.

It is going to take some time to turn this bullish trend around. Although it may have started with traders driving price upwards, the market has now accepted current price
levels.

Over the next few weeks, the most likely pattern to emerge from receding momentum is a “bull flag”. Thus, it’s not out of the picture for RB1 to target $100 in Q1-21.