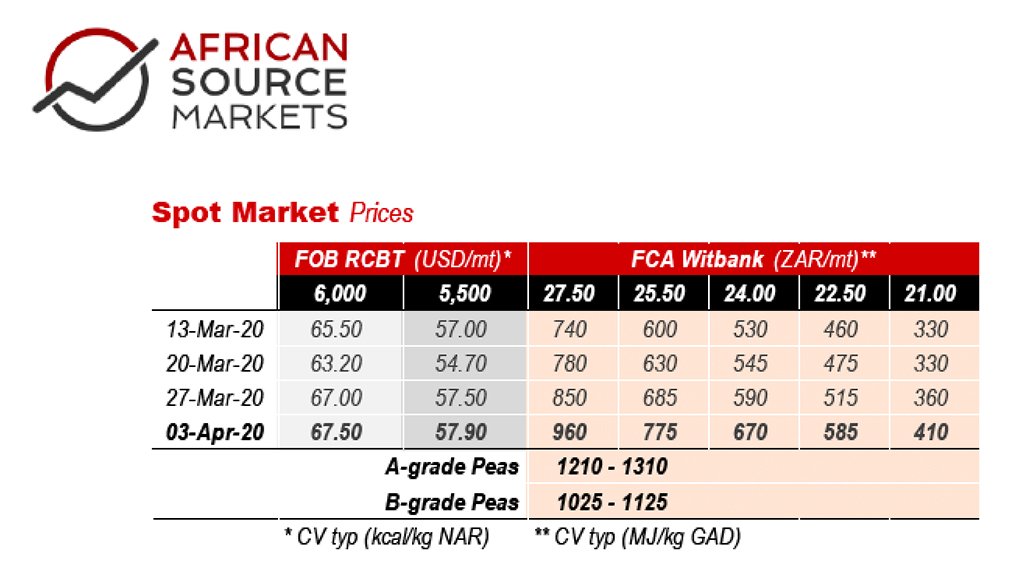 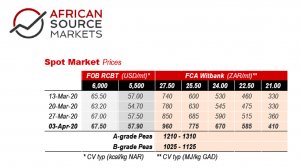 One would expect coal prices to have followed oil and LNG prices lower over recent weeks. However, prices have remained remarkably resilient, especially for Asia’s largest buyers (Japan, China and South Korea) where coal clearly provides essential baseload generation amongst more fragile economies due to the coronavirus. Within India, a lack of operations staff, and generally lower demand has led to several cargoes being diverted to Chinese buyers instead.

RB1 coal prices rallied to around $73 mid-week on fears that RBCT would shut for an extended time due to the current South African lockdown. Prices fell back significantly after it emerged that both coal and iron-ore exports would recommence following amendments to the Disaster Management Regulations.

However, the most volatile factor influencing the domestic price of coal is clearly the USD:ZAR rate, blowing out above 19 following Moody’s long-awaited downgrade of the country below investment grade. This dynamic will increasingly play a key role in negotiations between coal miners and domestic buyers such as Eskom, Sappi etc. Miners will continue to want to target the export market, even as coal qualities leaving the Bay keep declining.