Water management progress for KZN mine

Water management progress for KZN mine 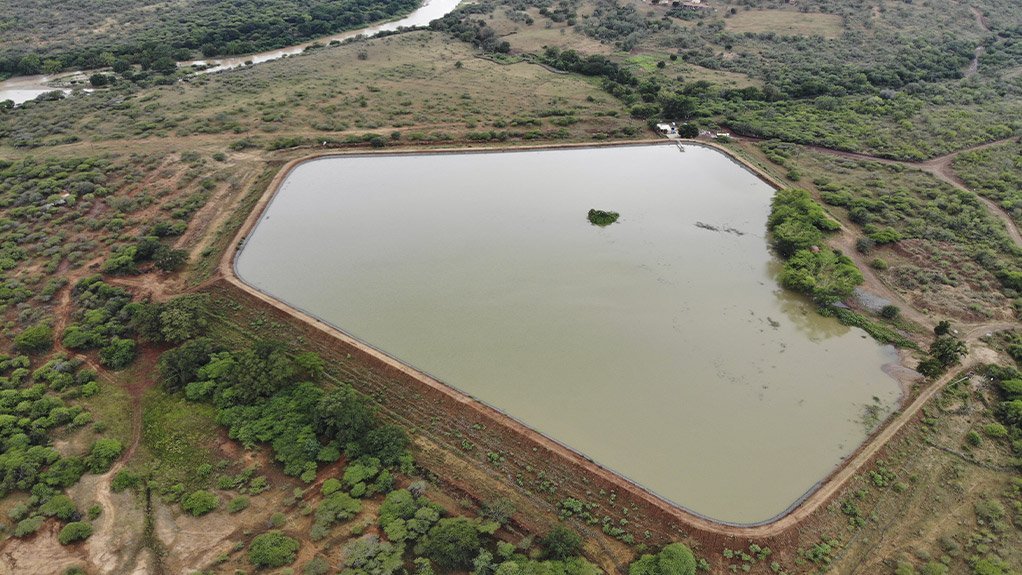 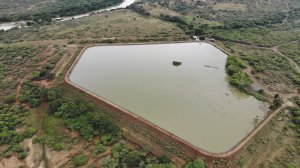 POLLUTION CONTROL DAM IN EMAKHALATHINI All water management measures implemented by ZAC protec freshwater resources against pollution, to provent contaminated water from being released from the Emakhalathini, KwaZulu-Natal mine.

The conservation, protection and management of water have become top priorities for many mining companies, including South African anthracite-producing mine, Zululand Anthracite Colliery (ZAC), a subsidiary of mining investment company Menar.

The primary objective of ZAC’s sustainable water management policy is to minimise and reduce freshwater consumption in all its operations.

In March 2021, ZAC commissioned its first filter press plant to maximise water reuse and recycling at a cost of R14-million.

The cost of installing the filter press systems, which are being installed by filtration equipment supplier FiltaQuip, will amount to R42-million in total, which includes upgrades to prevent spillage in the main plant, says Menar COO Bradley Hammond.

The installed filter presses’ main purpose is to squeeze out excess moisture, which is returned to the system for reuse in coal processing. This recycling reduces the amount of freshwater consumption.

“ZAC has also made steady progress in lining its pollution control dams, which will prevent any seepage and pollution of groundwater resources, and improve water use efficiency,” he adds.

All the water management measures implemented by ZAC are aimed at ensuring the protection of freshwater resources against pollution so that no contaminated water is released from the mine site in Emakhalathini, KwaZulu-Natal. A closed water reticulation system is used by ZAC, which channels and collects water in pollution control dams.

Surface and groundwater monitoring samples are analysed at an independent South African National Standards-accredited laboratory. Flowmeters are installed at all locations where water is extracted or moved between facilities at operations, Hammond explains.

The volumes are recorded to measure compliance with water-use licence (WUL) conditions and to monitor the company’s water use.

“A volume, as approved from the issued WUL, is dewatered for the safe operation underground and is used to supplement the water requirements at the mine, be it for dust suppression or processing requirements.”

The inflow water is pumped to the pollution control dams. This reduces the need to rely on fresh water for purposes other than domestic use within the mine premises and the surrounding communities. Water collected from the pollution control dam is used for dust suppression within the mine boundary, in the processing plant and for ablution purposes.

Several technologies are being assessed by ZAC to reduce water use, including environment-friendly dust suppression chemicals that reduce the frequency of dust suppression measures and, ultimately, water consumption, Hammond tells Mining Weekly.

ZAC has a team of environmental specialists who form an integral part of the project team and are responsible for ensuring compliance with the National Water Act.

Commenting on external factors that complicate mine water use, Hammond says climate change, in terms of above-average temperatures and below-average rainfall, has the biggest affect on operations at ZAC.

Consequently, it is essential to implement water conservation and demand management strategies to reduce the demand for freshwater resources that are already stressed in ZAC’s catchment.

The completion of the filter press plants has been delayed, owing to ZAC’s having been placed on care and maintenance in March 2020, following the impact of the national and international lockdowns caused by Covid-19, which severely impacted on demand and prices for anthracite.

The mine reopened in January 2021 when the anthracite markets began to stabilise, Hammond concludes.