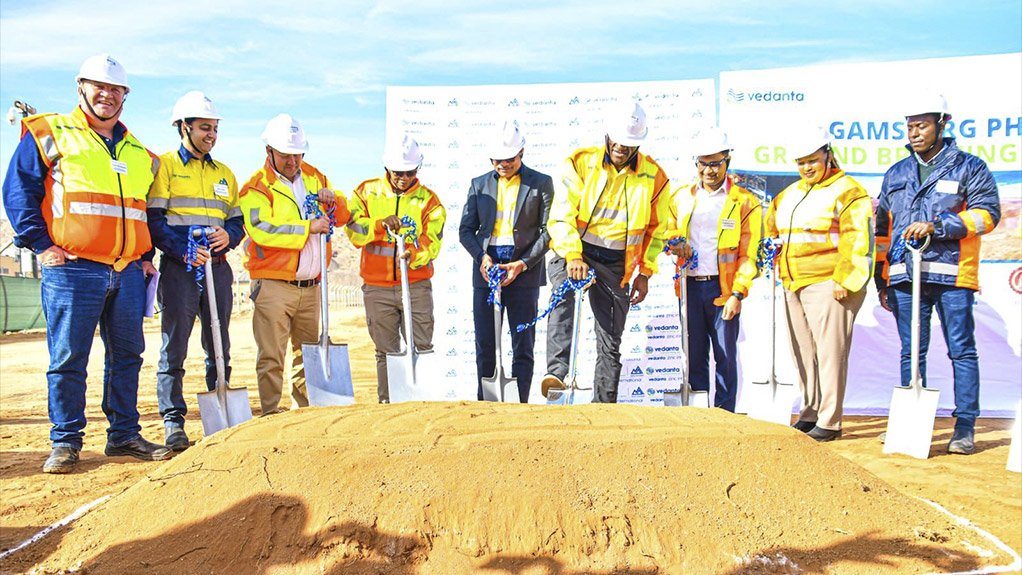 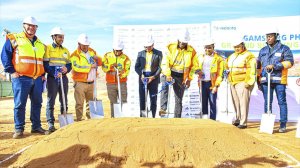 The R7-billion investment in the expansion of the company’s opencast zinc mine is expected to create between 2 000 and 2 500 jobs during the construction phase and a further 800 to 1 000 permanent jobs at peak operation.

Of the R21-billion, more than R6-billion was allocated towards completing Gamsberg Phase I, which more than tripled VZI’s production capacity from 75 000 t/y to 300 000 t/y and increased its staff complement to 2 700.

“The Gamsberg Phase II investment will positively contribute to the realisation of VZI’s vision of being a digitally advanced, integrated operation that will safely produce one-million tonnes a year while focusing on cost reduction.

The sod-turning ceremony on August 5, attended by Northern Cape Premier Dr Zamani Saul and Misra, took place where construction of the four-million-tonne-a-year plant will be starting over the next 18 to 22 months.

Once complete, the expansion will double Gamsberg’s yearly ore capacity to eight-million tonnes and will produce an additional 200 000 t/y of metal in concentrate.

“We have made good progress since the investment announcement three months ago. We have appointed a plant engineering, procurement and construction partner and placed an order for major equipment.

“In addition, we recently issued a R2.5-billion tender for a mining contract, which we expect to close over the next month. We are ready to start the real groundwork. The plot plan, process flow chart and the basic design are complete,” VZI executive director and CFO Pushpender Singla said at the sod-turning event.

Saul said the start of the project represented the tangible and practical implementation of a commitment that VZI made in 2018.

He added that the investment was located in the Namakwa region where a multinodal special economic zone was planned in partnership with VZI as the anchor investor, enabling the development.