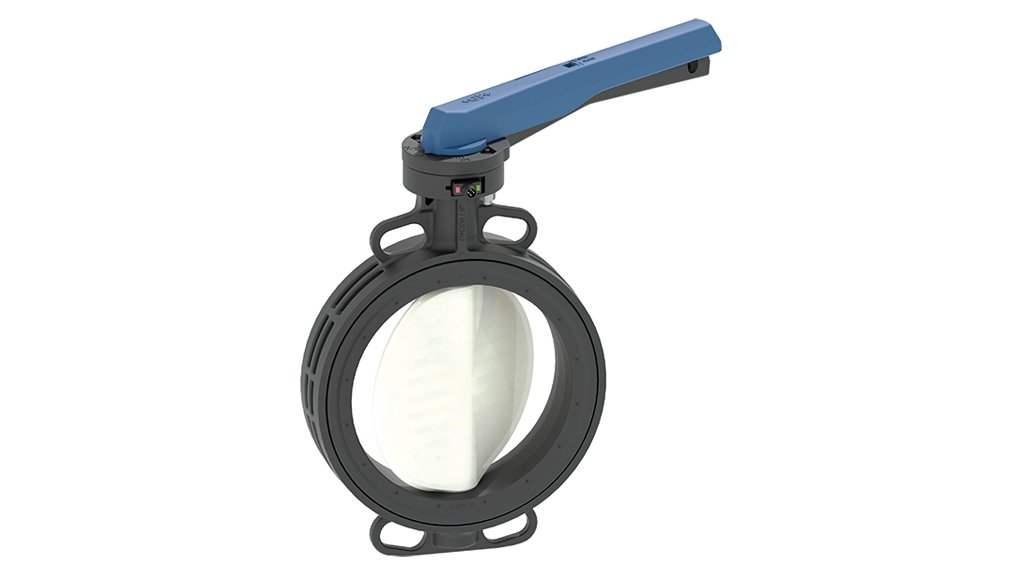 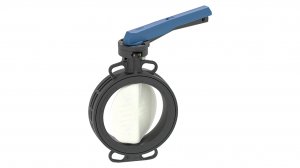 FIRST-HAND EXPERIENCE Georg Fischer Piping Systems has had to physically show customers how the plastic valve looks, how it feels and the benefits of the valve

To date, the valves have been installed at mining sites in Gauteng, the North West and the Northern Cape, says South African industrial equipment supplier Instru-Serve project manager Kevin Lindsay, who adds that the manufacturing process takes only about ten days, as some semi-finished components are readily available in South Africa.

GF Piping Systems also produces single components and buys other components that it assembles to manufacture the butterfly valve.

“Most of the valves are in stock, so if a customer needs ten or 50 valves, the valves would be flown out on a Friday and arrive in South Africa over the weekend. I would clear the valves by the Monday and the customer would receive the valves on the Tuesday.

“We're dealing with demand on a project-by- project basis currently and building up stock as we go,” he says.

Further, the valves do not corrode because plastic cannot rust and the seating of the disk of the valve is more efficient, as the torque to open the steel butterfly valve is higher, and the plastic valve is lighter.

“Another advantage when installing a larger-diameter plastic butterfly valve, there is no need to use hoisting equipment or extra health and safety items. “The engineer can simply unfasten a few bolts and put the new butterfly valve in place, tighten it and leave,” says Lindsay.

“In a perfect situation, where the pipeline is in good condition, loosening six to eight bolts and installing a new plastic butterfly valve will not take longer than ten to 15 minutes.

“However, it could take about an hour or longer in cases where the engineer has to find more places to install the isolation valve,” he explains.

Lindsay says the valve’s built-to-last, high-performance thermoplastics protect it from abrasion and corrosion; it also reduces maintenance costs because of its “superior materials and design”.

The plastic butterfly valve 565 comes in the same installation length as metal butterfly valves with its static weight requiring less energy for operation and transportation.

The valve can also be upgraded with various modules such as smart actuators in automation and the digitalisation of systems.

GF Piping Systems senior sales manager Holger Hoffmann notes that, in the past, customers were reluctant to use the plastic valves.

Customers preferred metal valves in pipelines because installing plastic valves would require the customer to modify the entire pipeline.

“With the new lightweight plastic butterfly valve 565, an engineer can go to the site and take out the old steel valve and install the new plastic valve without interrupting the process.

Hoffmann adds that, historically, steel has been perceived to be the better valve material, which has led to GF Piping Systems’ trying to change the narrative and educate customers on the benefits of plastic valves.

As a result, the company had to travel to customers to demonstrate the plastic valve’s characteristics and advantages on site.