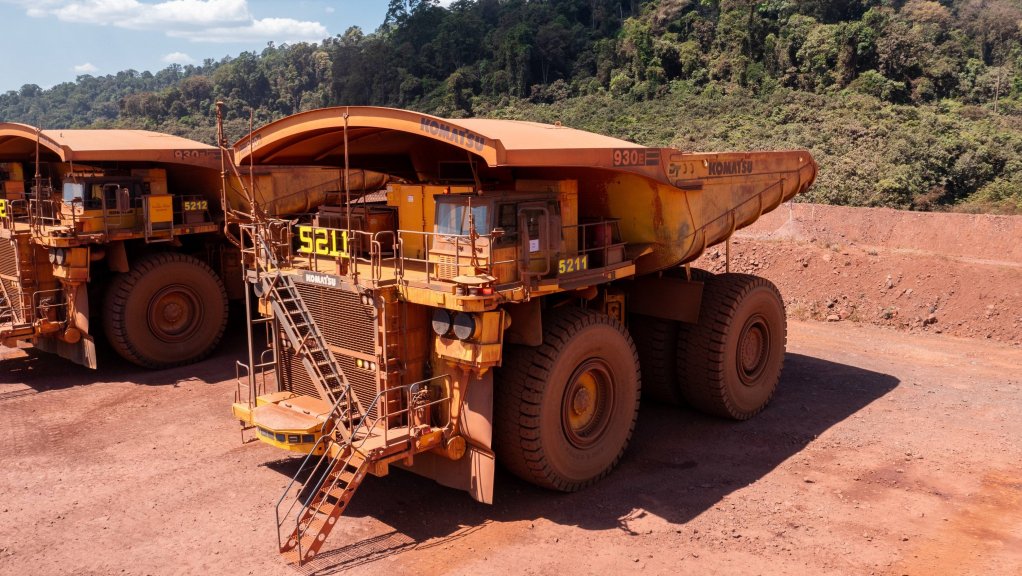 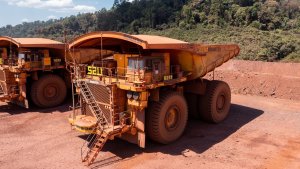 Iron-ore major Vale is expanding driverless technology at its operations in Brazil, launching six self-driving trucks at its Carajás complex, in Para, with another four to be introduced before the end of the year.

Capable of moving 320 metric tons at a time, the autonomous trucks were being tested in an isolated area in Carajás since 2019. Last week, they started the final testing phase at the N4E mine and on Wednesday, they officially went live.

In the Carajás complex, four autonomous drills are already in operation and by the end of the year this number will get to seven drills.

Autonomous operations were first introduced by Vale at its Brucutu mine, in Minas Gerais, in 2016 and today 13 autonomous haul trucks operate at that unit.

Vale says the initiative is part of a set of actions aimed at increasing employee safety, making its operations more environmentally sustainable and obtaining gains in competitiveness.

The autonomous trucks are controlled by computer systems, GPS, radar and artificial intelligence, covering the route between the mining front and the unloading area. Upon detecting risks, the equipment stops its operations until the path is cleared again. The safety system's sensors are capable of detecting both larger objects such as large rocks and other trucks, as well as human beings in the vicinity of the road. Therefore, risky situations, such as tipping and collision, were eliminated.

“The introduction of autonomous trucks in Carajás is another step by Vale towards its ambition to become a reference in safety in mining and towards the goal of reducing carbon emissions by 33% until 2030,” says Vale Northern Corridor director Antônio Padovezi.

"Technology reduces the exposure of employees to the risks inherent to the activity and also brings environmental benefits, reinforcing our new pact with society."

In the autonomous truck there is no operator in the cabin. But people continue to play a relevant role in the operation. Other equipment circulating through the mine, such as motor graders and tractors, will continue to be manned. Therefore, the operators of these vehicles received training to interact with autonomous trucks. Thirty-two operators have already been trained and by the end of the year this number will reach 120. There will be 208 hours of training for each operator, totalling almost 25 000 hours.

Over the next 12 months, the operation will be assisted by the truck supplier. After this period, it is expected that Vale will fully assume control of the operation. When this occurs, new jobs will be created in control rooms, far from the mining front.

“The implementation of autonomous workers in the operation is being carried out with the concern of keeping people at the center of decisions,” explains the manager of the autonomous programme, Pedro Bemfica. “The introduction of digital technology drives the evolution of employees' professional skills and makes them more prepared for the industry's digital transformation trend.”

Autonomous operation also brings relevant environmental benefits. The more constant performance of the trucks and the increase in their average speed will allow a reduction of about 5% in fuel consumption, which results in a lower volume of carbon dioxide and particulate emissions.

EXPANDING TECHNOLOGY
Vale's autonomous programme continues to expand, with a total investment of around $34-million in 2021. By the end of the year, 23 trucks, 21 drills and four stocking yards (stackers and reclaimers) will be in operation throughout the company in four Brazilian states.

Abroad, autonomous operation is already a reality in Canada, with drills and scoops, and in Malaysia, with stocking yard machines.