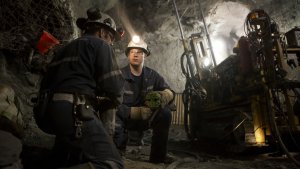 RIO DE JANEIRO – Brazilian miner Vale said on Monday evening that it was reviewing its guidance for 2021 nickel and copper output as strikes and "extraordinary climate conditions" in Canada have materially affected production.

In its second quarter output report, Vale said it produced 41 500 t of nickel in the period and 73 500 t of copper, representing quarterly declines of 14.3% and 4%, respectively.

A union walk off at Vale's mine in Sudbury, Canada, that started on June 1, is hitting production for both metals, the company said. Additionally, non-scheduled maintenance at a metals refinery in Wales was constraining nickel output, and a flood at its Voisey's Bay assets in Labrador, Canada, hit copper output.

"[Copper] production was hit mainly by the Sudbury strike and delays at Voisey's Bay resulting from the flooding of the mine, related principally to extraordinary climate conditions," the company said, adding that the flooding had since subsided.

The company said that production of iron ore, the core of its business, had come in at 75.7-million tonnes in the second quarter, up 11.3% in quarterly terms and 12% in annual terms. Among several factors that buoyed iron-ore output, the company said, was the completion of maintenance at the Ponta da Madeira port in northern Brazil. The miner maintained its 2021 iron-ore production guidance of 315-million to 335-million tonnes.