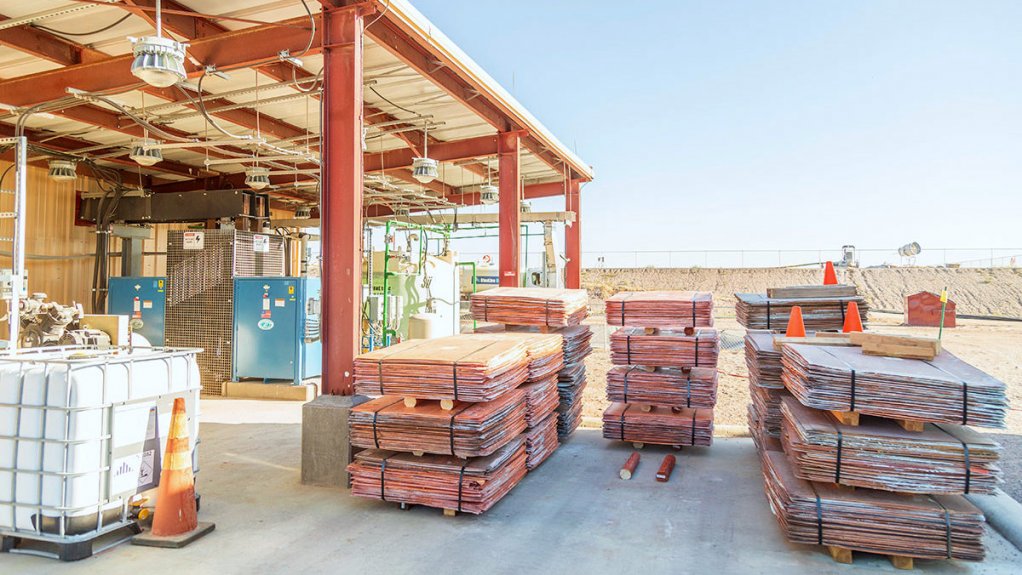 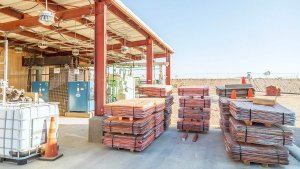 Taseko Mines wants to produce copper in Arizona using a process that evokes oilfield fracking, but first the company has to convince the US Environmental Protection Agency (EPA) that it will not harm the state's water supply.

The Canadian firm, which said it expects an EPA decision imminently, wants to use a process that involves injecting sulfuric acid and water deep underground to break up a mineral deposit. Uranium miners in rural parts of Australia and the United States have used the process, known as in situ leaching, for decades, but it has rarely been used to extract copper.

Worried about potential groundwater contamination, officials in Florence, Arizona, which sits atop 2.4-billion pounds of copper, tried unsuccessfully for a decade to block Taseko's project.

A US appeals court this past spring put an end to the town's legal roadblocks, which included an attempt to take the company's land via eminent domain. The EPA is now deciding whether to approve Taseko's plan.

Opponents, including environmentalists, worry it could pollute water supplies in the drought-stricken state and may also damage historical sites.

"There's no way you can put sulfuric acid in the aquifer and not pollute it," John Anderson, a council member in Florence, about 63 miles (101 km) southwest of Phoenix, told state officials at a public hearing last year.

State officials approved Taseko's plan in December over objections from Anderson and other town officials, who declined to comment for this story.

The EPA said it expects to decide whether to issue a so-called draft underground injection control (UIC) permit during its current fiscal year, which ends in September.

Vancouver-based Taseko has told investors it expects a decision very soon. Investors see the mine's opening as key to boosting Taseko's stock price, which an average of analysts believe is undervalued by about 22%, according to Refinitiv data.

WATER STUDIES
After the mixture of water and acid is injected and dissolves the copper - at a pressure less than oilfield fracking - the solution is drawn back to the surface where a process similar to electrolysis separates out the metal. Taseko said it aims to produce 85 million pounds of copper annually, enough to make nearly 500,000 electric vehicles.

In situ leaching does not require an open-pit mine or a smelter. It also emits less carbon than most copper mines, according to ESG consultancy Skarn Associates. A two-year study by Taseko did not detect any leaks from test wells.

The Center for Biological Diversity (CBD), an environmental group, noted the movement of water in underground aquifers can be hard to predict.

"Just because test wells show no risk doesn't mean there won't be damage in the future," said the CBD's Joe Trudeau.

The EPA is studying whether the project complies with regulations designed to "ensure that underground sources of drinking water are protected from contamination by any authorized subsurface injection activities," said spokesperson Joshua Alexander.

When used to extract uranium, in situ leaching can leave behind radioactive elements, requiring nearby aquifers to be rinsed out.

Taseko said it plans to also rinse out the underground ore body after it extracts the copper - a process that takes at least a year - but has detected no radioactive elements in the rock formation.

The EPA is also worried construction of tanks and other equipment could damage Native American historical sites. The agency is talking with tribes to determine whether the project complies with the National Historical Preservation Act.

Taseko said it will curate artifacts for preservation when it cannot avoid historical sites.

Steve Enders, a mining engineering professor at the Colorado School of Mines, said in situ leaching is better for the environment than traditional mining.

"There's no better way to recover copper if you want to minimize the impact on the environment," said Enders, who added the process could potentially be used at a few other Arizona copper deposits that are naturally fractured, like Taseko's.

If the EPA issues a draft UIC, there would be a public comment period before a final permit is issued, though the timing of that decision is unclear, the EPA said.

Taseko said it could be operational within 18 months of receiving its permits.