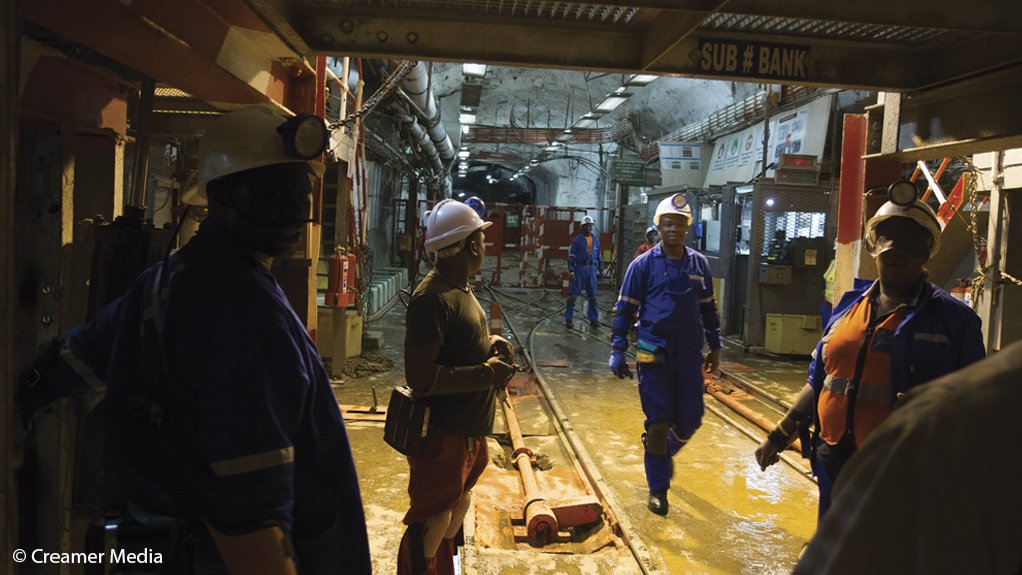 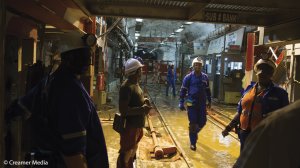 Trade unions the Association of Mineworkers and Construction Union (AMCU), the National Union of Mineworkers (NUM), Solidarity and UASA have united in their rejection of precious metals miner Sibanye-Stillwater’s latest wage offer for employees of its South African gold operations.

Together, the unions primarily want a wage increase of R1 500 a year for three years for Category 4 to 8 surface and underground workers, in addition to other increases in benefits.

Sibanye tabled an offer of R400 in the first year, R520 in the second and R540 in the third year for category 4 to 8 surface and underground mineworkers; while artisans, miners and officials would receive increases of 3.4%, 4.3% and 4.3%.

At a joint briefing on October 1, the unions said Sibanye-Stillwater’s offer was substantially lower than what was agreed to with Gold Fields and Harmony Gold – both of which are competing in the same market and economic climate as Sibanye.

The four unions want Sibanye to benchmark its offer based on the recent wage agreements that were concluded with Gold Fields and Harmony on the basis that Sibanye made a profit of R25-billion in the first half of this year.

In this regard, AMCU treasurer general Jimmy Gama said Sibanye could “not plead poverty” and that mineworkers deserved recognition for their contribution to Sibanye’s strong financial performance.

“It is important to give the workers recognition for the critical role we played in the record performance of Sibanye,” the unions said in a statement.

“As such, the South African gold operations are extremely marginal and cannot absorb the level of wage increase being demanded by the unions without suffering losses, which would lead to the early closure of the mines and would have significant negative impact on other stakeholders who depend on these operations.”

In a joint statement, the unions point out that Sibanye had expanded its business model to include the growing battery metals sector, as well as increased its South African gold production by 29% in the last six months. This, the unions says, shows Sibanye is in a position to offer better wage increases.

The unions, meanwhile, say they are not calling for “record remuneration”, but merely a “fair and market-related increase” to its members’ monthly earnings.

As part of a wage agreement, the unions also want a R1 500 transport allowance, or transport for Sibanye’s Burnstone employees and the harmonisation of Burnstone mineworker wages to those of other Sibanye operations; a R150 a day meal allowance in place of meal packs; an additional 10% for underground employees; and an increase of R500 for housing allowance each year for three years.

The unions also want the group-wide retirement age to be lowered to 63 from 65 and for it to be imposed without alleged favouritism.

Going forward, Wellsted says, Sibanye is still engaging with the unions under the auspices of the Council for Conciliation, Mediation and Arbitration.

“The details of the wage agreements will be provided once agreement has been reached.”