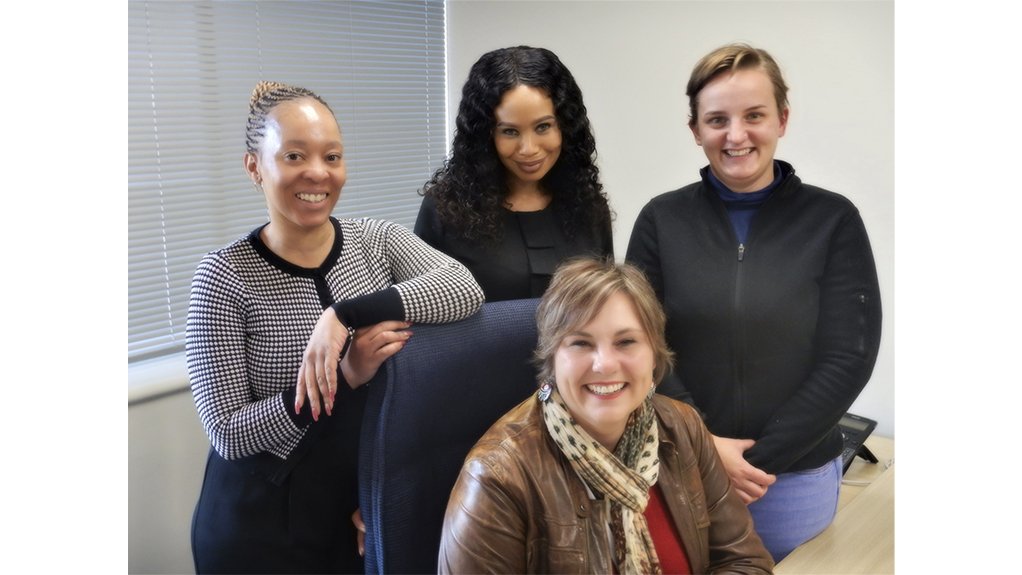 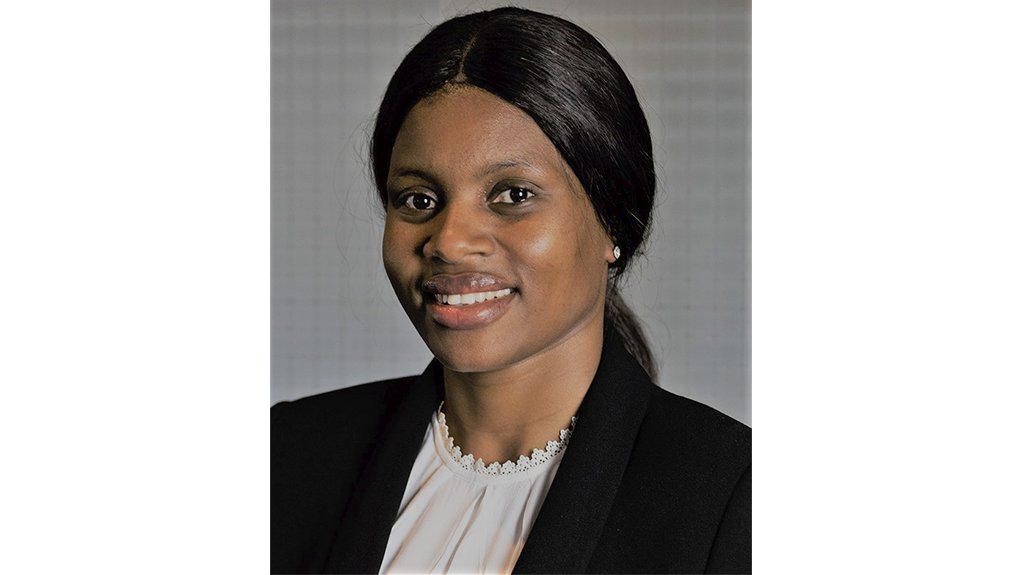 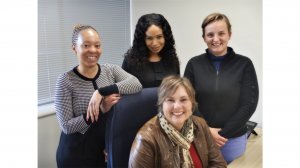 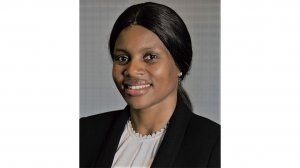 NONJABULO ZIKHALI, ANTONETTE MALEPE, GENEVIEVE VAN WYK AND ESBÉ MILLER (front)
TAKALANI RANDIMA What I really love about the mining industry is working with people; the adrenaline rush of facing different challenges every day and the need to think outside the box during problem solving

While it is clear that women in mining are a minority, and that long-term thinking is needed to increase accessibility for, and the development of, women in the mining sector, companies such as United Mining Services (UMS) are leading the drive towards inclusivity.

UMS Group CEO Digby Glover says that diversity has been one of the Group’s long-standing values. The company’s two main arms, UMS Shaft Sinkers and UMS METS, have both been headed up by highly qualified, competent and experienced women for several years.

“This is unusual in the industry, but it shouldn’t be,” says Glover. “We use the right people in the right roles, who are appointed completely on merit. We source our employees from a diverse population of people, and as a result, our workforce is representative of that population.”

He acknowledges that the shaft sinking business has been viewed as one where there has seemingly been very little evolution for decades in terms of how a business should operate, but states that the company’s language has been shifting. UMS, as a whole, has for some time been embracing new ideas to do things differently.

“We have been at the forefront of change in the underground mining industry, and this puts us in a unique position in this sector,” says Glover.  “A large part of my role [. . .] is to bring in the skills that will drive this change. I have brought in top-class people and they, in turn, have brought top-class people with them. We have started to assemble a team that punches far above our weight in terms of skills, know-how and experience required to do the work that we do, in order to accelerate our ability to do things better.”

Snapshot of Women at UMS

UMS Shaft Sinkers MD Takalani Randima joined UMS in 2018. She began her career in 2008 as a trainee engineer on a mine, before moving through the ranks to her current position. Randima holds a Bachelor of Mining Engineering and a Master of Engineering in Project Management and is well equipped to manage the highly skilled UMS shaft sinking and underground mining team.

“At school I excelled in science, [ . . .] I won a science prize sponsored by a mining house and this got me interested in engineering which led to me being awarded a bursary from that mining house. Although my family were surprised at my career choice [ . . .] I have never looked back.

“What I really love about the mining industry is working with people; the adrenaline rush of facing different challenges every day and the need to think outside the box during problem solving. I love what I do!”

In her role as UMS Group human resources (HR) and payroll manager Esbé Miller focuses on establishing and managing strategic HR and employee relations (ER) initiatives and has a direct operational responsibility regarding HR/ER.

“I’ve been very fortunate regarding the career exposure I have had thus far. After I graduated from university, I applied for the graduate programme through the Anglo Development Centre. I was placed at Union Mine as an HR graduate, where I was subsequently permanently appointed.”

Miller explains that she has been with the UMS Group for 15 years and that “it’s never a dull moment”. She adds that working at UMS has provided learning experiences across various disciplines, not just within the HR fraternity.

She reflects that companies have had trying times of late, UMS included. “But sometimes, amid chaos, there is also opportunity. It takes continuous hard work and commitment from everyone, no illusions there, but it’s worth it in the end. Maybe mining is not for everyone, and that is okay, but I think I am exactly where I am supposed to be.”

UMS METS junior process engineer Siphiwe Antonette Malepe travelled a “studious” path to her current role. After completing a National Diploma in Engineering that included a year of in-service training at Modikwa Concentrator Plant, she decided to further her studies and completed a Bachelor of Technology in Chemical Engineering where she was given an opportunity to mentor ten first-year Chemical Engineering students. At the time, she also published two academic articles and presented at the Planetary and Scientific Research centre.

Further studies followed, with Malepe achieving a Post Graduate Diploma in Project Management. She expanded her career to pyrometallurgy and logistics at Samancor Ferrochrome, during which she completed her Engineer in Training Programme, before joining UMS METS, where she is looking forward to learning plant commissioning.

“I chose to be an engineer because engineering gives me an opportunity to challenge myself and it gives me the space to think outside the box in the most creative and technical way,” says Malepe. “I wanted a career that will [afford] the opportunity to work with people who are as driven and skilled as myself, and that's ultimately why I wanted to become an engineer.”

UMS commercial contracts specialist Nonjabulo Zikhali is responsible for a wide variety of procurement and contracting duties such as drafting contracts, recommending the most suitable contract for a project, contract negotiations, and ensuring contractual, insurance and bonding requirements are met prior to contract execution.

Zikhali explains that while she was doing vocational work during her studies in quantity surveying, she was presented the opportunity to join a division that specialised in the construction of mineral processing plants. “My first-hand experience was when I was part of the site team helping to [construct] a gold processing plant project in Ghana. I have not looked back since then.”

She adds that she has not encountered challenges in her career as a woman. “I wanted to be a professional in the engineering field and I went and did it. It was after I had started working that I realised that there were not enough women in the industry. My mentors were male so there were instances where I had to alter myself to fit in but that is a thing of the past.”

She says the best part of her job is the feeling of accomplishment at the end of a project, and being part of a team that developed something valuable out in the world that creates employment for others.

Junior mechanical engineer Genevieve van Wyk, meanwhile, assists with the preparation of yearly budgets, designs, layouts, inspections and project installation, as well as helps plan, organise and control projects, and makes recommendations on alternative solutions to engineering problems. She joined the mining industry when an opportunity to join UMS METS became available after she graduated.

“Two years ago, I was a graduate just starting to work and decided to join a company that was going through changes as business. Transitioning from a student to a working woman and navigating through a company that was changing was extremely challenging. Lucky for me, I enjoy a challenge,” says Van Wyk.

Van Wyk adds that, over the past year, she has been involved in the design and procurement of various equipment for a shaft sinking project in Botswana. “The highlight for me on this job is seeing an engineering design come to life through manufacturing. It is difficult to explain how exciting and eye opening that is.”