UMK ‘comes of age’ as it opens final infrastructure 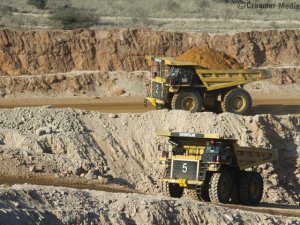 HOTAZEL (miningweekly.com) – United Manganese of Kalahari (UMK) had “come of age” as it unveiled its now fully operational manganese mine, near Hotazel, less than 10 years after the formation of its joint venture (JV).

The R1.2-billion mine, developed by a 49:51 JV between Russia-based Renova Manganese Investment and fully black-owned and -controlled consortium Majestic Silver Trading, on Wednesday officially opened the last infrastructure of the mine – its newly built offices and warehouse.

Speaking at the launch in the Northern Cape, UMK chairperson Lazarus Mbethe said that the occasion had also marked a shift as the operation became the world’s third-largest producing manganese mine.

Despite South Africa, and in particular, the Northern Cape, hosting 83% of the world’s identified manganese reserves, local producing mines supplied only 15% of global demand, with no new start-ups established for the past 30 years.

Black economic-empowerment group UMK, which was one of the first operations to break this trend, ramped up production to over 2.7-million tonnes of ore last year, becoming what Mbethe described as the Northern Cape’s – and South Africa’s – “real success story”.

UMK completed the first phase of the mine’s development – the railway loop and load out silo – before accelerating the addition of infrastructure such as a primary and secondary crushing system, conveyors, a screen house and product stockpile facilities.

“[For UMK] to expand much beyond [the current production] was a function of rail transport,” Kriek told Mining Weekly Online, adding that South Africa currently had the capacity to export about 7.5-million tonnes.

In response to the growing industry, Transnet Freight Rail aimed to increase throughput of manganese exports to 16-million tonnes a year on the Hotazel–Port Elizabeth railway line, taking advantage of a new manganese terminal at the Port of Ngqura.

However, Kriek expects a “huge expansion” of manganese producers, which could oversupply the market and push the price of the ore down.

Kalahari Resources, Tshipi é Ntle Manganese and Kudumane Resources were some of the emerging manganese producers establishing operations in the Northern Cape, adding to the long-established Samancor and Assmang.

Meanwhile, Mbethe said that UMK had also not lost sight of the community, injecting an initial R5-million into establishing the John Morolong Training Centre and allocating a further R3-million a year for operations.

The centre, which had trained over 2 900 students since inception in 2005, offered skills training in administration, electrical, artisan, construction, boilermaking, and fitting and turning.

The centre had also incorporated, in conjunction with the Department of Education, an adult basic education course in 2011.

UMK currently employed in access of 100 direct workers and 500 through contractors.