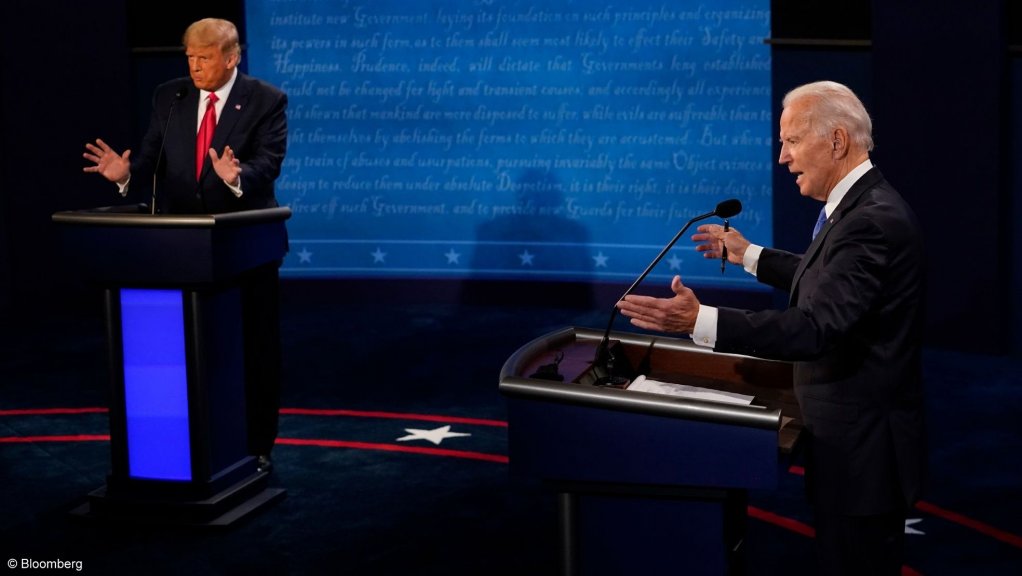 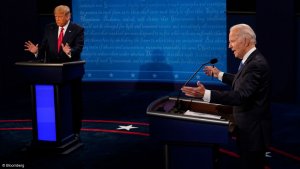 President Donald Trump seized on Joe Biden’s pledge Thursday to eventually replace fossil fuels with renewable energy, turning the Democratic nominee’s remarks into a warning for swing state voters that oil and gas jobs could be at risk.

Biden’s comment came in response to a question from Trump during Thursday’s debate in Nashville about whether he would shut down the oil industry. The former vice president, in one of his starkest comments of the campaign on the issue, said “I would transition from the oil industry, yes.”

“The oil industry pollutes significantly,” Biden said. “It has to be replaced by renewable energy over time.”

That response carries risk for Biden heading into the final days of the race. For weeks, Biden has been wooing voters in Pennsylvania with assurances that his pledges to ban fracking are limited to federal land and would not amount to a wholesale destruction of the oil and gas sector. He plans to campaign there Saturday.

Trump, meanwhile, sought to portray himself as an oil industry savior, boasting about his efforts in the spring to broker a global crude output cut as the coronavirus pandemic collapsed fuel demand.

“We saved our oil industry,” Trump boasted, and it’s “vibrant.”

Trump was trying to recreate a moment in 2020 that he used to advantage in 2016, when Hillary Clinton said, “We’re going to put a lot of coal miners and coal companies out of business.”

After the debate, Biden sought to downplay his on-stage comment, emphasizing that the fossil fuel industry wouldn’t “be gone” until 2050, and that oil workers are “not going to lose their jobs.” Instead, he stressed, his plan would lead to the creation of “a lot more jobs are going to be created in other alternatives.”

“But we’re not going to get rid of fossil fuels for a long time,” he told reporters as he prepared to depart Nashville.

“We absolutely agree, we need a just and equitable managed decline of oil and gas production to achieve our climate goals,” said Rebecca Concepcion Apostol, National Program Director of Oil Change U.S. “We look forward to working with an eventual Biden administration to ensure we phase-out oil production in line with what the climate demands while centering the workers and communities impacted by that transition.”