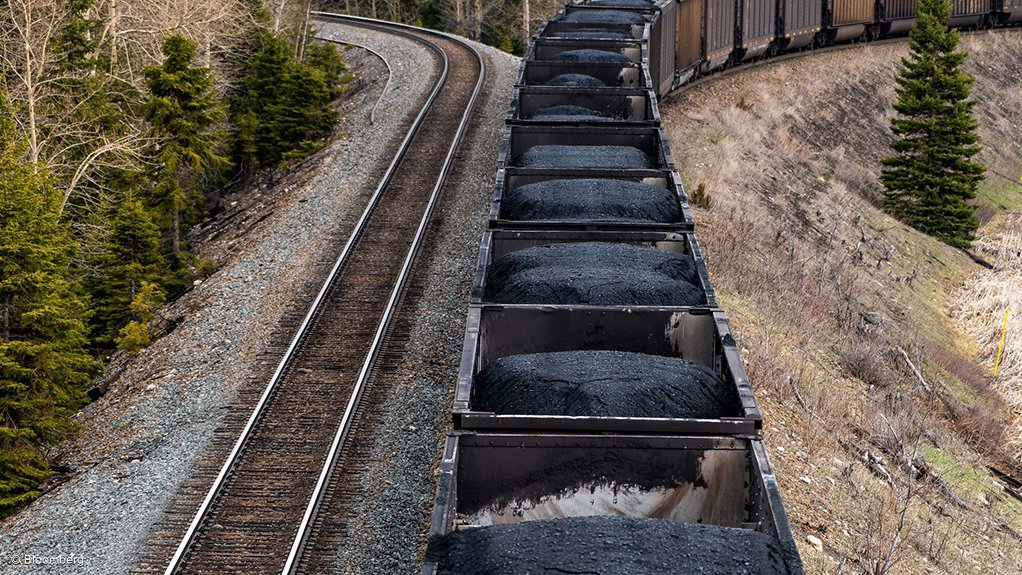 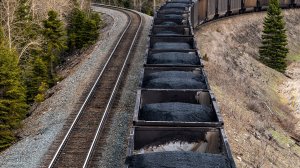 JOHANNESBURG (miningweekly.com) – Transnet could be a major disaster to the South African economy if everybody does not get involved, commentator Michael Avery warned in his column in Business Day on Monday on Transnet Freight Rail and South Africa’s lagging coal exports.

“We must be sharply focused on Transnet and its performance – it is a serious risk to our whole economy,” Intellidex consulting house chair Stuart Theobald concurred in a separate column in the same newspaper on the same day.

The coal sold to Eskom and the coal sold on the export market are two different types of coal, Prévost explained.

In the same radio presentation, Sereti Resources CEO Mike Teke told Grootes: “Had we been able to do at least around 78-million tons with trains, there would still be more demand for the coal simply because Europe is going through the war and the coal that was coming out of Colombia has reduced substantially, along with quite a number of countries switching to coal because of high gas prices."

Mining Weekly can report that the Richards Bay Coal Terminal in 2021 exported only 58.72-million tons of coal, its lowest volume since 1996. Then, in the following first quarter of 2022, the coal price went through the roof, breaching the $400/t mark, boosted by European demand. But South Africa has been unable to gain the full benefit of the onging solid coal price since then because of government failure, which is preventing the fiscus from collecting a larger tax volume. In 2022, South Africa exported coal worth R215.5-billion.

“Currently, we do not have a sufficient volume of coal for export owing to Transnet problems constraining exports from the Richards Bay Coal Terminal,” Teke, the head of a 91% black-owned and -controlled coal mining company, added to Grootes.

Grootes: It must be more expensive to use trucks than railways?

Teke: If you look at the coal prices, it is still warranted to take on the extra expense of trucking.

One truck carries around 35 t and one train 8 300 t. Richards Bay Coal Terminal is one of the leading coal export terminals in the world, but trucks are taking coal to other ports, including the Port of Maputo in Mozambique.

Grootes: Is it impossible for you to keep up with demand?

Teke: To a greater extent, yes. If you look at the Richards Bay Coal Terminal, the nameplate capacity is 91-million tons. Exports have never reached that capacity level. We’ve done 77-million tons at its highest.

This is all because of lagging rail capacity. Richards Bay Coal Terminal is owned by the private sector and Transnet by the public sector, which across so many fronts is failing dismally.

Why did coal exports fall so dramatically in 2021? In a word, Transnet, is Theobald’s response.

On balance sheet stress, Avery spoke of revaluations at Transnet getting to the point of being suspicious.

“A Marshall Plan of sorts is needed,” Avery quotes Havenga as advocating.

As noted by Minerals Council South Africa on Friday, Eskom has more stockpiled coal than the required minimum of 20 days' worth. Moreover, Eskom receives contracted and expected deliveries of coal continuously.

Eskom’s problems were cited by the Minerals Council as being ageing coal-fired power stations, frequent breakdowns and poor reliability of certain power stations, with coal shortage not an issue. Recommended is that those calling for coal export curtailment should rather focus on helping Eskom improve power station reliability.

Any calls to disrupt coal exports would, the council warned, result in:

Eskom, in its 2020/21 Integrated Report, indicated that it consumed 105-million tonnes of coal. The utility’s stated intention of decommissioning 24 100 MW of coal-generated electricity beyond 2030 will reduce Eskom’s coal demand to below 50-million tonnes a year. The export market is critical to maintain jobs in coal mining, which employs 91 000 people directly, and thousands more people employed in rail, road and port logistics jobs.