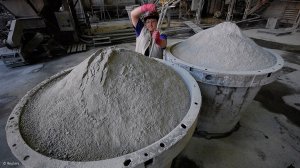 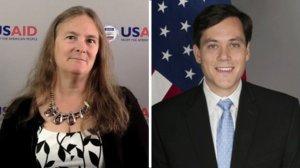 JOHANNESBURG (miningweekly.com) – Tin-mining companies that certify their ore against conflict are receiving prices double those of noncertified participants, US Deputy Assistant Secretary of State Peter Harrell said on Tuesday.

“Miners participating in the scheme are earning $4/kg for tin ore compared to $2/kg for noncertified tin ore,” Harrell said, referring to a tin-led initiative in the Democratic Republic of Congo’s (DRC's) South Kivu region involving the tagging and the certification of origin of tin ore from conflict-free mines.

Harrell was speaking from Washington in a telephonic press conference call on compliance with the conflict minerals provisions of Section 1502 of the Dodd-Frank Act, which requires companies listed on US stock exchanges to give the assurance that tin, tantalum, tungsten and gold sourced from Africa’s Great Lakes region have not funded conflict.

USAID DRC mission director Diana Putman, who joined the discussion from Kinshasa, said 150 mine sites in the DRC were currently in the traceability system and being accepted as conflict free by smelters in Asia, Europe and the US.

“But that is only 10% or less of the mine sites in the east, so there’s still a lot more work to do,” Putman said.

To cover an increasing number of sites, USAID and other donors were helping the national DRC Mines Ministry to improve its capacity to implement conflict-free traceability.

The European Union, African Development Bank, Germany and Australia were assisting the International Conference on the Great Lakes Region to strengthen regional certification mechanisms, including third-party auditing and monitoring.

The results of pilot efforts in the DRC and Rwanda had demonstrated that the Great Lakes economy was capable of generating more growth from the conflict-free system, increasing revenues for both mining exporters and the government.

South African-born Tinco CEO Brian Menell told Mining Weekly Online in an earlier interview that while tagging and certification were tedious and expensive, their enforcement was having the desired affect in Rwanda.

Putman estimated in response to Mining Weekly Online that “bagging and tagging” cost in the region of $300/t to $500/t.

“We recognise this as a key issue in the scaling up of the system and USAID and others are looking at alternative traceability systems,” she added.

The State Department reported that many companies were in the process of researching their minerals supply chains in order to comply with the law and, in addition, USAID had provided $18-million since 2010 to support efforts to create a responsible minerals trade in the DRC.

Putman said in response to Mining Weekly Online that the $18-million was being invested across a wide range of organisations, including the Public Private Alliance for Responsible Minerals Trade, the Partnership Africa Canada for the development of a traceable conflict-free minerals chain for artisanal gold, civil society capacity building and a system to increase the accountability of the mining sector in South Kivu.

There are said to be more than two-million informal artisanal miners in the DRC alone and their formalisation is also being addressed by the Organisation for Economic Cooperation and Development’s guidance on responsible mineral supply from conflict areas.

When the Dodd-Frank Act was passed in 2010, the US's Securities and Exchange Commission (SEC) was charged with implementing the regulations, which the SEC promulgated in early 2012.

The SEC has given companies until 2014 to reach full compliance in disclosing metal sources and being subjected to audits at smelters.

The International Conference on the Great Lakes Region system will be mandating audits further upstream.

“Companies are in different stages of compliance, recognising that they still have some months to comply. Some companies have been involved in the audit process and some companies are still in the process of first understanding what their supply chain is before having their supply processes audited,” Harrell said in response to Mining Weekly Online.

The tagging and certification-of-origin scheme sets out to create a “clean and transparent” supply chain from mines that operate in legally insecure areas, sometimes wracked by militia groups and errant army commanders, who have been known on some occasions to keep an illicit grip on the minerals trade.

Despite the successful demilitarisation of a number of such combatants across the DRC, the government and its international partners continue to experience problems with disarmament, demobilisation and reintegration in the North and South Kivu provinces.