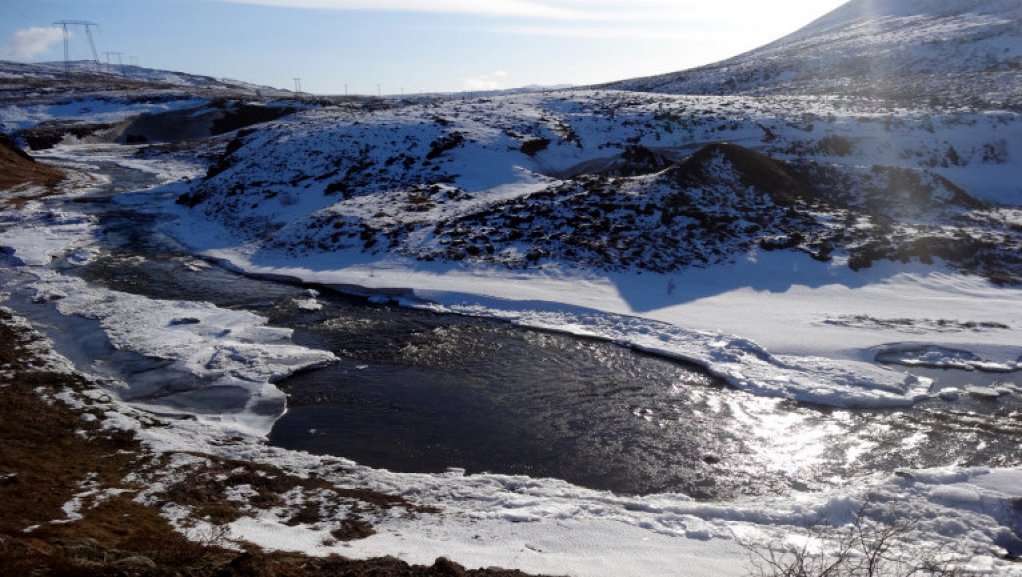 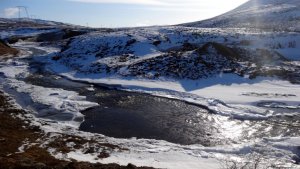 The Montreal-based miner finished drilling a 124-meter-deep hole in Thormodsdalur, outside Reykjavik, in September and may publish the results this month. Previous drilling cores indicated gold quantities of as much as 415 g/t there, though more research is needed to determine the size of the deposit, CEO Vilhjalmur Thor Vilhjalmsson said in an interview.

If the veins are big enough, St-Georges plans to mine with robots, while the equipment and processing primarily will use electricity made from geothermal and hydro power by Landsvirkjun, the State-owned power company. The moves come after gold hit a record in August and is up more than 20% this year.

“Our emphasis will be on making the most eco-friendly and socially responsible gold in the world,” Vilhjalmsson said. “We foresee that our gold would be sold with a premium.”

In an environment as pristine as Iceland’s, the potential for gold mines to pop up may trigger alarms among the island’s 364 000 residents, given the industry’s reputation for polluting and scarring the landscape. But Vilhjalmsson says his operation will be different.

“Our ideology is about making minimal disturbances to the ground,” he said. “In Thormodsdalur, you will hardly see it when mining activity starts.”

St-Georges will use all the material extracted from the ground during the mining process, Vilhjalmsson said. After the minerals are separated, the remainder would be used in building material and concrete.

EXPERIMENTAL MINING
The Canadian miner holds all exploration licenses for gold in Iceland after acquiring local corporation Melmi Ehf last month. Melmi owned the majority interest in the Thor gold project in Thormodsdalur, about 20 km east of the capital.

Vilhjalmsson, 45, previously worked on mining projects in Greenland and Africa. He is optimistic that experimental mining in Iceland will start this decade, and he expects to spend almost 500-million Icelandic kronur on research during the next few years.

“We anticipate that by using the green energy Iceland offers, our production will be more cost-efficient than if we’d use fossil fuels,” he said. “We are in the process of doing a proof of concept for our model, and we hope it will be applicable to mining sites around the world.”

The company holds exploration permits for gold, silver and copper in three locations in Iceland and has applied for 11 more licenses. The Thormodsdalur endeavor will be funded through debt and private placement on the Canadian Securities Exchange.

‘GREEN GOLD’
Grant Sporre, a senior analyst for metals and mining at Bloomberg Intelligence, said he is skeptical about the market opportunity since there’s no universal standard for what qualifies as “green gold.”

“It will be a while before any investors see a return on the Icelandic gold explorations component of their business,” he said.

Gold digging in Iceland started at the beginning of the 20th century. The Thormodsdalur site was discovered in 1905, and four years later the poet and entrepreneur Einar Benediktsson formed a mining company with investors from Norway, Britain and Germany.

The property produced a gold concentrate from 1911 to 1925 that was shipped to Germany for processing, but then the market faded away.

Interested renewed in 1989 after two Icelandic geologists, including Hjalti Franzson, studied the presence of gold in geothermal systems in New Zealand and Japan. That triggered local research funded by the Icelandic government.

“There is enough gold in the ground here,” said Thorvaldur Thordarson, a professor in volcanology and petrology at the University of Iceland. “In Iceland, it’s perhaps not as concentrated in one place.”