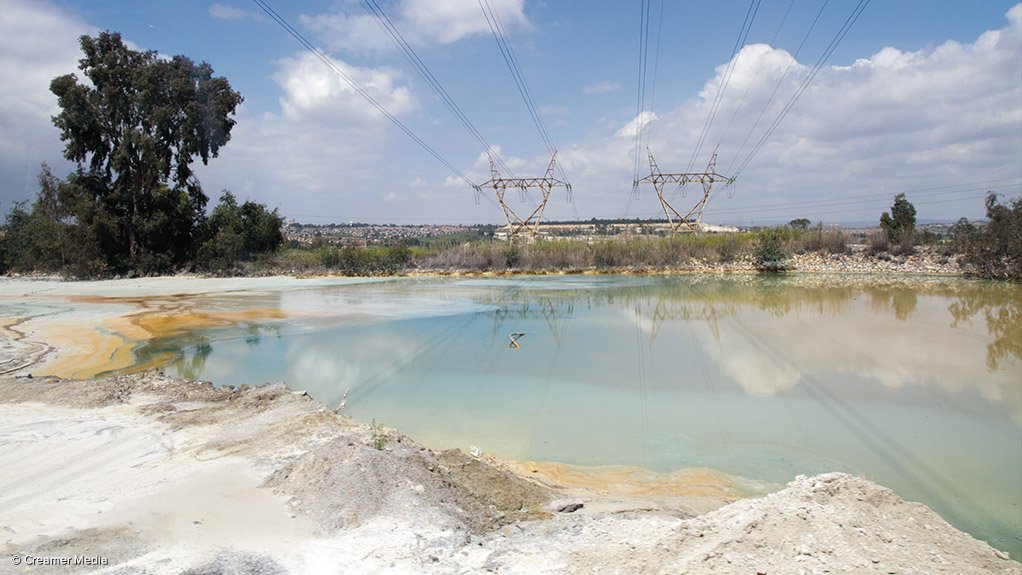 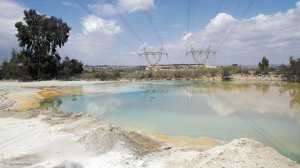 Multidisciplinary engineering consultancy WSP Africa states that, while acid mine drainage (AMD) decants in the Witwatersrand goldfields and surrounds should be dealt with urgently, there is no company large enough to start a large-scale water rehabilitation programme.

“The Witwatersrand goldfields is the area most threatened by AMD. After 120 years of mining in the area, the Western basin started to decant AMD in 2002. There are no large companies currently mining in this area, so no one [can] initiate a project of the scale needed to prevent the decant,” says WSP Environment and Energy Africa senior associate Karen King.

The onus to develop, own and operate AMD treatment facilities falls on the mines, with “mine closure plans supposed to adequately account for AMD prevention solutions, new mines should not be allowed to open without such plans”, she points out.

However, the responsibility also lies with government to oversee and govern mine closure plans, King adds. “[Some] of the country’s environmental policies, centred on mining and polluted water, are far better today than what they were in the past, but they need to be more strictly enforced,” King puts forward.

To date, AMD has caused considerable damage to the Wonderfonteinspruit, Tweelopiespruit, the Tudor dam and Robinson lake areas, King emphasises. The flooding of the Central basin in the Witwatersrand area has also been linked to seismic activity.

There is no short-term solution to the AMD issue, as the “effects of AMD can never be entirely reversed”, King states. Considering the existing pollution, the AMD needs to be pumped out of the mining areas and treated. This exercise is often started but not continued, as it is an expense which could bankrupt some mines, she reiterates. Older AMD-generating mines have been closed for many years, with companies unable to afford treatment and rehabilitation programmes.

King believes that there are sustainable solutions that can be used to treat AMD and help restore the natural environment.

Treatment will depend on the extent, volume and the make-up of the AMD, as well as the geographical area that it affects. Solutions include the diversion of clean surface water from sources of pollution, and the prevention of seepage and groundwater infiltration into affected sites. The placement of acid- generating water also needs to be controlled.

Flooding of potential AMD-generating areas before oxidation can occur is another option, as is the development of the Western Utilities Corporation mine water reclamation project. The project entails a plan to pump the water to a central treatment plant where it can be treated and sold to water utility Rand Water at a profit, but is being received with mixed enthusiasm, claims King. “There needs to be greater market understanding and recognition that polluted water can be a resource – and not a liability – if it is appropriately treated.”

Further, King points out that some considerations need to be taken into account when building an AMD treatment facility. The most important consideration is the standard – for potable, industrial or agricultural use – to which the water will be treated, as this will impact on the design and construction costs of the facility.

The potential AMD decant volumes, AMD chemistry and pretreatment methods also need to be considered. Thereafter, the best methodology must be selected to treat the specific type/s of AMD, King illustrates. Financing, maintenance and personnel training are also important factors to consider.

These factors can also be challenges because the lack of properly managing them could lead to the failure of the AMD treatment plan, she adds. For example, poor maintenance could lead to mechanical failures in machinery, as the aeration equipment can become clogged when the calcium sulfate levels are too high.

Further, an estimated 1.6-million people live in informal settlements next to mine waste residue deposits in South Africa, the majority of which are radioactive, King says, pointing out that long-term exposure to AMD-polluted drinking water and mine-residue deposits can lead to cancer, decreased cognitive function and mental retardation in fetuses.

“AMD needs to be addressed adequately and urgently,” King concludes.

Millions of litres of acid mine drainage (AMD) are still flowing into streams connected to the Vaal and Crocodile rivers and groundwater systems, according to multidisciplinary engineering consultancy WSP Africa. This has had, and will continue to have devastating consequences for communities and the environment.

Further, water from the Tweelopiespruit, which was neutralised by lime, has formed a sludge in the Hippo and Aviary receptor dams. A heavy metal crust has also formed at the bottom of Tweelopiespruit and hippopotami have previously been coated with a heavy-metal residue in the Hippo dam.

King illustrates that Federation for a Sustainable Environment, CEO Mariette Liefferink has previously highlighted that the current short-term treatment (neutralisation) of AMD, and the currently-used sludge disposal option will impact upon downstream water users and ecology within the West Rand.

Further, sludge disposal will affect the Vaal river to the south and the Crocodile/Limpopo Water Management Area to the north, as well as the East Rand gold fields’ Blesbokspruit, downstream water users and the Vaal river. Blesbokspruit hosts the Marievale Bird Sanctuary and is the Ramsar Site in Gauteng. This will also impact upon the Central Rand gold fields’ Klipspruit and the Klip river, which forms part of the Integrated Vaal River System.