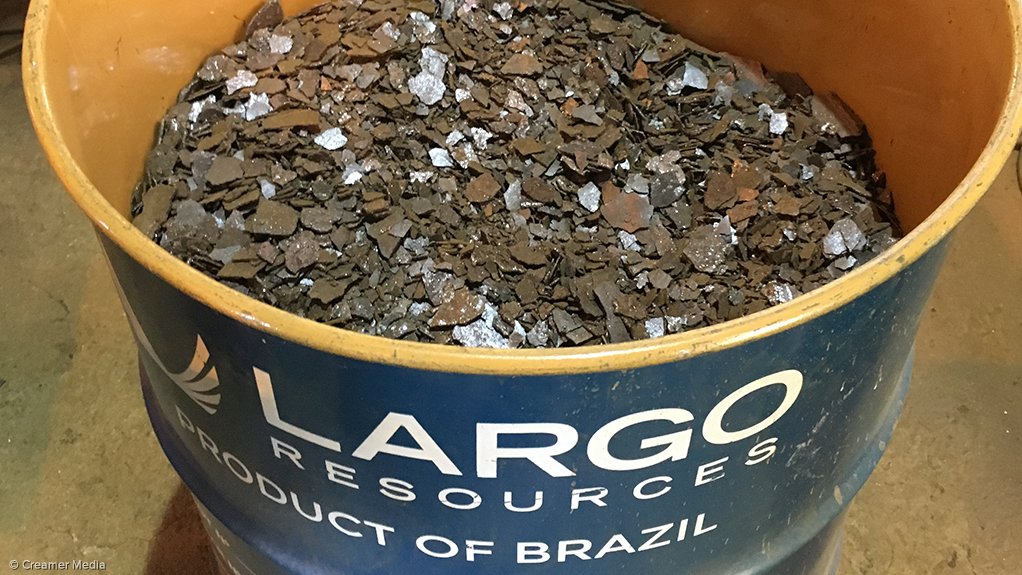 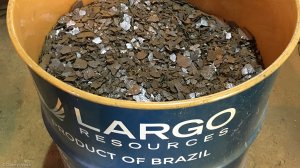 VANCOUVER (miningweekly.com) – Surging vanadium prices so far this year are underpinned by structural supply side changes and stable, growing demand from most end uses, analysis by independent market intelligence firm Roskill has found.

Since falling to a 12-year low of $13.5/kg of ferrovanadium in the fourth quarter of 2015, prices have seen a slow but steady turnaround to end 2016 at $22/kg. The New Year 2017 saw price recovery gather momentum, with the first-quarter average exceeding $25/kg, and with prices reaching above $28/kg in April and May, according to the fifteenth edition of Roskill’s ‘Vanadium: Market Outlook to 2026’ report.

Roskill states that the recent price rises have in part been underpinned by structural changes on the supply side of the market. Vanadium feedstock production peaked in 2013 and has since declined year-on-year.

China remains the largest producer in the world, and despite output dropping between 2014 and 2015, the country still accounted for an estimated 44% of world output in 2016. The biggest producers were Pangang and Chengde.

However, the playing field has been fundamentally altered by the absence of production from South Africa – until 2014 the world’s second-biggest source of the industrial metal, accounting for 14% of the market.

The closure of Evraz Highveld's Mapochs mine, together with the suspension of operations at Vanchem, left the country with only two major producers of vanadium in South Africa: Glencore and Vametco.

The closure of Evraz Highveld in South Africa has significantly reduced global supplies of vanadium feedstock. Further, reports in China continue to suggest tightness in vanadium feedstock availability owing in part to cutbacks in steel output. Ongoing environmental inspections have also impacted vanadium supply. In addition, less material is being shipped from Russia to China following the shutdown of an iron-ore mine, Roskill advised.

Limited feedstock availability has had downstream knock-on effects. The closure of Highveld has impacted production at Treibacher, in Austria, and Vanchem, in South Africa, in particular. There have been several shutdowns in China owing to feedstock shortages. Further, the situation in Russia forced the shutdown of the Jianlong steel mill, in Heilongjiang.

STABLE DEMAND
While supply is tight, Roskill understands that demand in China, the world's biggest consumer of vanadium, has been sluggish.

As of 2015, steel applications have been estimated to account for just over 90% of total use of vanadium. Vanadium use in steel can be further subdivided into high-strength low-alloy (HSLA) steel, full alloy steel and carbon steel, with HSLA and fully alloy steels together accounting for over three-quarters of all vanadium consumption in steels.

Nonferrous alloys, mostly in the form of titanium alloys, super alloys and magnetic alloys, are believed to account for a smaller percentage of consumption (4.5%). Chemical applications represented around 3.5% of consumption in 2015 while other applications, including batteries, accounted for the remaining 1%, according to Roskill information.

Analysts expect stable demand growth for vanadium in most applications. Growth in vanadium consumption in steel will be dependent on intensity of use, as well as growth in steel demand. Vanadium content in steel varies according to type and grade, and differs by producer and region.

This is particularly the case with reinforcing bars (rebar), used primarily in the construction industry. Higher-strength rebar contains more vanadium and, therefore, the more high-grade rebar used globally, the more vanadium is consumed. This means that construction regulations, such as those introduced recently in China, which mandate the use of certain rebar for key applications can considerably impact vanadium demand.

APPLICATIONS
Meanwhile, Roskill pointed out there has been a great deal of interest in the potential of vanadium redox batteries (VRBs) in recent years. According to the report, Roskill estimates that demand from VRBs accounted for less than 500 t of vanadium pentoxide consumption. VRBs will likely achieve commercial success in specific energy storage applications such as load levelling, which will support an increase in market share and in vanadium demand.

“The forecast increase in vanadium demand across several end-use applications will drive higher levels of vanadium supply over the coming decade. Future trends in iron-ore consumption will have a significant bearing on vanadium co-production levels, just as historic increases in vanadium coproduction have as much to do with higher demand for iron-ore as increased demand for vanadium,” analysts pointed out.

Demand for both has been driven by the growth of steel industries, particularly in China, where rapid expansion of steel capacity has led to the development of large, vertically-integrated State enterprises that undertake mining, smelting, processing, and sales and distribution. In 2015, steel output dropped by roughly 3%. Roskill expects further drops in 2016 before a recovery in 2017. Declines in Chinese steel output could have implications for vanadium supply, compounding recent reductions from South Africa.

New supply could be brought on stream to meet rising demand. Few new operations have been commissioned in recent years, except for Largo Resources’ Maracas Menchen mine, in Brazil.

Instead there have been some notable closures, although the assets of three former producers: Evraz Highveld, Vanchem and Atlantic, could potentially be brought back into production on higher demand and price incentives and thus generate additional vanadium feedstock. Alternatively, there are several companies developing projects that are at advanced feasibility stages, but will have to overcome the critical hurdle of securing sufficient financing to start construction, Roskill stated.