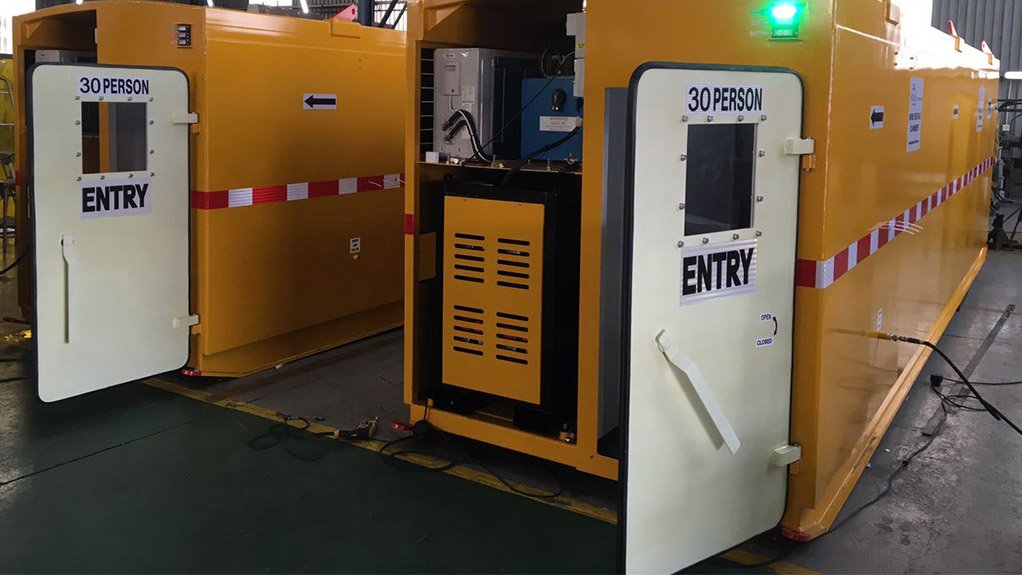 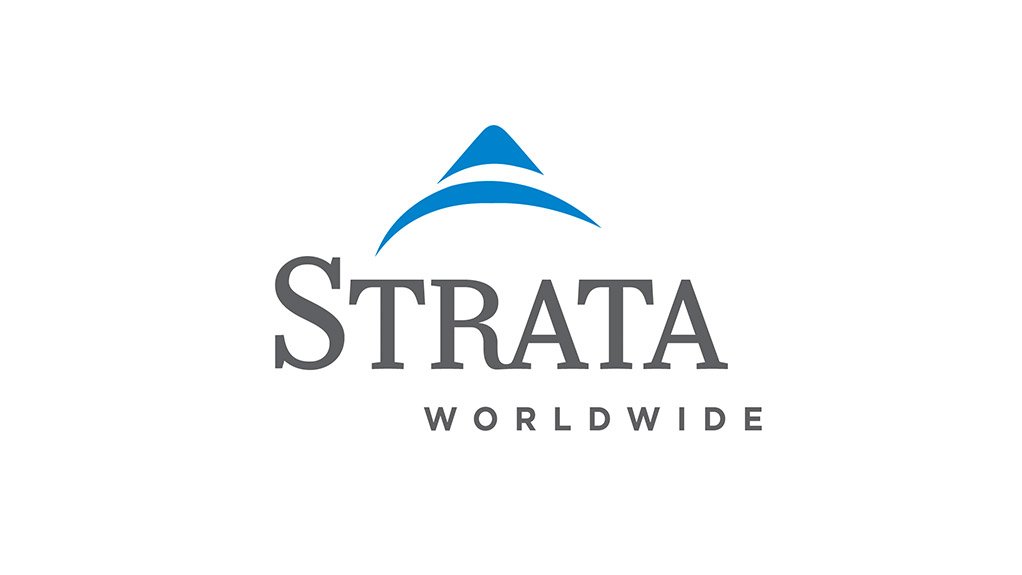 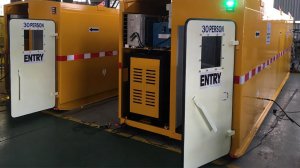 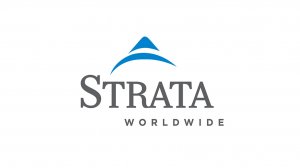 Over the years, emergency refuge chambers and underground refuge rooms have gained widespread popularity in many types of mining and tunnelling operations around the world. Mandated for use in United States coal mines since 2007, these chambers are designed to provide emergency life-sustaining breathable air and shelter in the event of sudden air contamination and/or an inability to evacuate. While steel refuge chambers in non-coal mining environments already had an existing presence in operations globally, Strata Worldwide was the first company to introduce refuge chambers to U.S. coal mines. In 2006 and 2007, Strata developed and released the portable, inflatable Fresh Air Bay (FAB). The FAB was designed to overcome the inherent space limitations of U.S. coal mines by having the refuge shelter inflate, much like a life raft, out of a steel ‘skid’ container.

Pre-inflation, the skid is a far more compact structure than standard steel chambers and includes wheels and towing facilities for easier maneuverability. FABs are placed in pre-designated areas of a working section and can be easily relocated as production advances.

The most commonly used chambers around the world; however, are the steel walk-in units such as the Strata Emergency Refuge Chamber (also known as the Strata ERC) due to less space restrictions. These electrically powered structures include LED lighting, air conditioning, cushioned seats, real-time atmospheric monitoring with harmful gas detection, and optional communication systems. While attached to the operation’s main air compressor and power lines, the Strata ERC can provide an indefinite supply of breathable air and shelter. In the event that air and/or power are lost, the chambers include at least 48 hours of stand-alone supplies as an emergency back-up.

Upon entry into the chamber, occupants activate the main air flow via the air filtration system. The filtration system removes impurities and oils from the air before being released into the main chamber. A carbon monoxide detection and warning system is also available; this is placed on the line to test air for CO before it enters the chamber.

If mine air is compromised or unavailable, occupants activate the on-board back-up air supply by opening the valves of the oxygen bottles and turning on the battery-powered carbon dioxide scrubber. Small fans in the scrubber draw air through soda lime chemicals, which removes CO2 from exhaled air. Strata’s ActiveAir Scrubber utilises spill-proof soda lime cartridges to prevent occupants from having to handle loose chemicals.  Chambers include an isolated airlock entrance compartment which is separated from the main area by an internal door or PVC curtain. The airlock includes a purge air system that enables occupants to flush the ambient air using clean bottled air before they enter the main chamber.

In March 2013, refuge chambers designed by Strata engineers were used in an emergency situation in which a truck caught on fire in an Australian gold mine, trapping 19 individuals underground. These individuals followed training procedures and retreated to the chambers, remaining there until cleared for evacuation. The miners utilised the chamber systems as designed and all escaped completely unharmed.

“Chambers are an imperative part of a mine safety program and a great insurance policy at a relatively low cost compared to the potential costs associated with employee injuries, downtime and the subsequent investigations that take place following a serious accident,” stated a Strata Worldwide representative.

Strata ERCs are available in numerous standard sizes and can be custom built and equipped according to their intended application. Chambers to suit tunnelling applications are narrower and oftentimes shorter than standard units, but have identical operating functions. They are built to be mounted onto Tunnel Boring Machines (TBMs) or onto tunnel rails.

“Companies involved in tunnelling projects, including contractors and TBM manufacturers, are recognising the safety benefits of having refuge chambers on hand,” commented Ryan Fielden, Strata Worldwide. “If a  fire breaks out in the tunnel, it may not be possible for the workers to evacuate, so it’s vital that they have somewhere to go to seek temporary refuge.”
With Strata’s fully staffed offices in Australia, South Africa and the United States, along with manufacturing facilities in all three countries, emergency refuge chambers can be readily available and customer support ongoing.