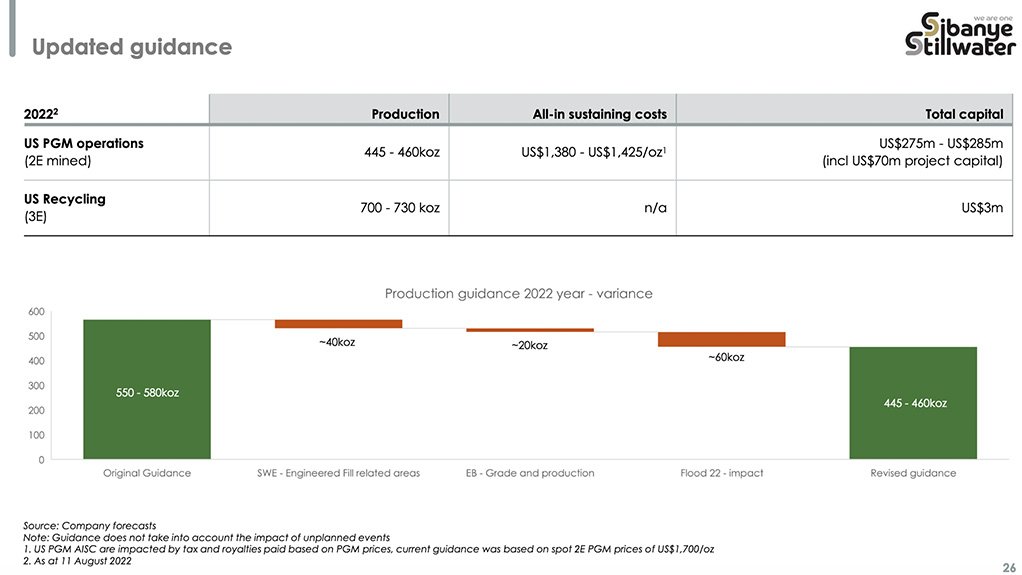 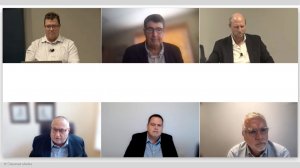 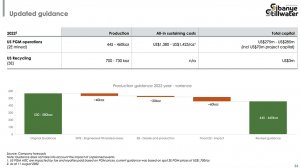 These challenges and conditions are now being factored into the US business of the Johannesburg- and New York-listed company to come up with an optimum commercial position. (Also see attached Creamer Media video.)

Sibanye-Stillwater sees the palladium market moving into a surplus in the middle of this decade, which is expected to lead to price weakness a few years later.

The company’s references in February to more extreme weather events from an Angry Planet and the big economic squeeze are now beginning to feature.

“As we’ve started looking forward, we’ve become, let’s say, more confident that the palladium market will move into a surplus in the middle of this decade, and that’s going to, of course, lead to potential price weakness a few years later,” said Sibanye-Stillwater CEO Neal Froneman during a presentation on the company’s flood-hit US PGMs business covered by Mining Weekly.

Therefore, it did not make smart commercial sense to spend millions of dollars on the Stillwater East ‘Blitz’ capital project, which will deliver into price weakness down the line.

“That just does not make sense and hence when you couple our view of the palladium market plus the macroeconomics that we’re going to be dealing with going forward, means we really need to reconsider the best way to extract value.

“So, the bottom line is this: the prevailing macro environment and changing palladium market conditions have prompted a strategic revision of the US PGM operations and our previous expansion plans.

“It is prudent to defer capital investment on the original growth project and re-engineer the operations to protect margins and long-term value,” said Froneman.

The Montana region’s floods on June 12 and 13 damaged critical infrastructure, which is still constraining access to Stillwater, which was suspended for seven weeks, at an estimated 2022 production loss of 60 000 oz of two element (2E) PGMs. Recycling feed rates necessary for blending with high-grade autocatalyst feedstock have also been hit by the lower mined production.

The 2E mined all-in sustaining costs (AISC) of Sibanye-Stillwater’s US PGM operations are being guided at $1 380/oz to $1 425/oz, and production guidance is now 445 000 oz to 460 000 oz, down from the originally top-guided 580 000 oz, not only on flood impact but also on engineered fill-related areas at Stillwater East and grade and production issues at East Boulder.

Moreover, high labour turnover and loss of seasoned staff have led to an overreliance on contractors, which added to cost pressures. The focus is on recruitment, training and retention to reduce the contractor mix over time.

In addition, the production build-up has been delayed by operational disruptions, challenging ground conditions and critical skills shortages.

A long-term engineered cemented backfill solution is having to be deployed owing to orebody widths and ground conditions restricting the use of overhand ramp-and-fill and the existing cemented rock fill plant being high cost and low in productivity.

At Stillwater East, formerly known as Blitz, mining has been suspended in areas that require the engineered cemented backfill solution until a new plant is commissioned in 2025 at a cost of $30-million, causing a 40 000 2E oz loss in 2022.

The developed state will be increased to 12 months by the end of 2024 and to 18 months in the long term.

Compounded by slower development through Stillwater West’s depression zone and fault, the developed state of Stillwater West is only six months, causing limited mining flexibility which has been impacted by a rail safety incident and the subsequent introduction of revised rail standard operating procedures. These have affected productivity, selectivity and flexibility as the critical 35 W rail level supports an estimated 60% of the mining at Stillwater West.

The new approach is to invest in proximity detection technology to remove the constraints of the revised rail standard operating procedures and to create a developed state of 12 months by 2024 and then increasing that state to 18 months to further address flexibility constraints.

At the East Boulder operation, where mining is nearing the mountain top, there are short-term challenges amid generally consistent delivery.

Since 2020, the high turnover of mining and support staff has been affecting productivity but this is expected to be turned around this year through hiring of additional miners and geologists.

The current tailings storage facility (TSF) is transitioning to a new waste rock dump followed by the building of a new TSF.

Sibanye-Stillwater chief regional officer: Americas Charles Carter highlighted what he described as “substantive collaboration” by all stakeholders following the flooding.

Carter spoke of daily engagements with Stillwater County officials to support not only the mining operations but the entire county in dealing with the aftermath of the flood.

“From the county, through to state regulators and then to federal regulators, there has been a very substantive set of engagements. From the stakeholder management perspective, it’s been a very good insight into both the robustness, resilience and the integrity of those engagements,” Carter said.

It is still the case that the main access road to the mine is completely taken out, with the workaround involving rehabilitating a road on private land and rehabilitating tailings and water piping to allow the business to get back into production.

To offset the skills challenge, US PGMs executive VP Wayne Robinson reported that training had been increased involving between 30 and 40 miner trainees in the mine’s training centres.

“This has been stepped up significantly from historical levels and then there is also a big focus on supervision to ensure that we can get back up to the previously seen production and productivity levels,” added Robinson.

By the end of 2022, historical levels are forecast to return, with a new build-up from there.

Sibanye-Stillwater senior VP finance Pieter Henning spoke of use being made of contractors for development with the contractors coming at a premium owing to their large crew and fleets costs associated with their activities.

“We do have a strategic intention to reduce our reliance on contractors in the short to medium term, but it does add some risk to the downside if we do not achieve that switchover to local and own labour through our training,” Henning added.

Froneman described the company’s revised path as dealing with elevated inflation, substantial skills shortages and expected commodity cycle change amid the Stillwater assets having paid for themselves 1.2 times in dollar terms and 1.37 times in rands in less than five years. Sibanye paid a total consideration of $2.7-billion for Stillwater at a time when the company dead accurately foresaw a significant upcoming rise in the palladium price.