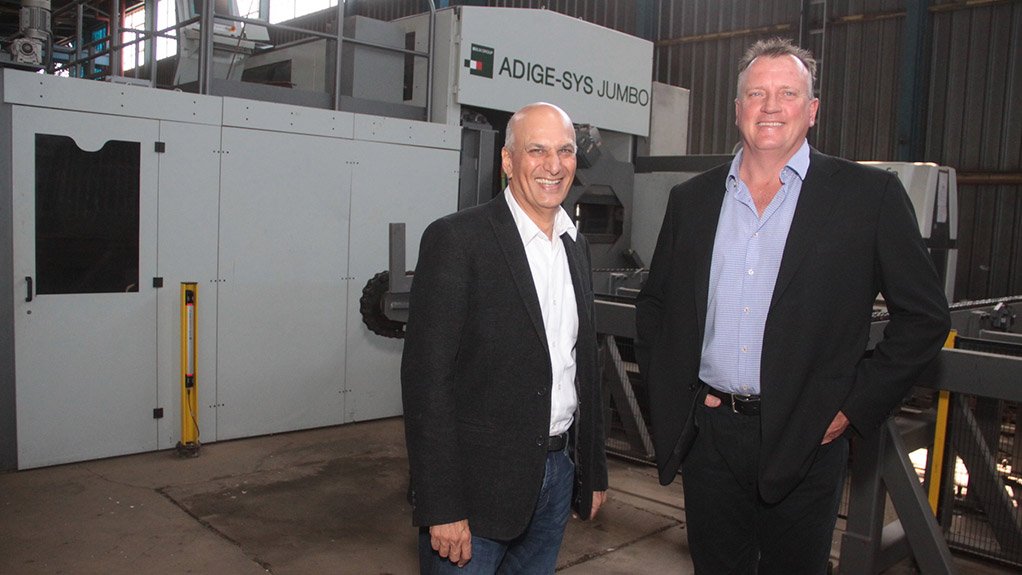 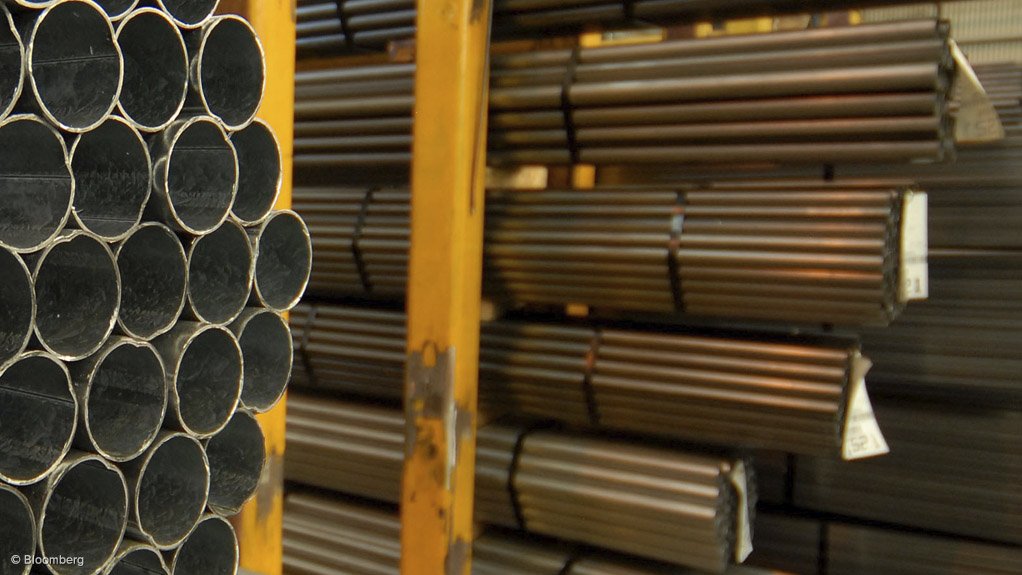 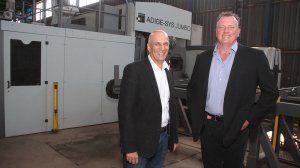 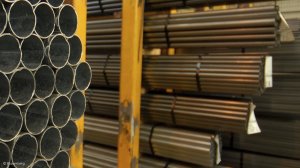 Such an investment was made through the buying of the BLM Adige LT20 jumbo tube laser in 2015. The machinery allows for tubular steel structures to be built. It was in production by March last year.

“Our LT20 jumbo opens up a new range of design possibilities for architects and structural designers . . . many more innovative tubular structures can be designed,” Rippon enthuses. He looks forward to tubular steel structures featuring increasingly in everyday life, from the design and construction of shopping malls to airports and sport stadiums.

Applications and Investment Motivation to buy the LT20 was solidified when Allied Steelrode won the contract to supply the complex structural steel for the iLanga and Kathu solar power projects, in the Northern Cape, in 2015. “We understand the need to enhance our customers’ processes,” Rippon and Chadha explain, adding that the LT20 is “another significant step along this trajectory”.

Rippon says the applications of the LT20 vary, as it can process tube for agricultural applications and meet the requirements of the heavy transportation, construction, mining, automotive, power generation, shipbuilding and petrochemicals industries.

Rippon explains that tube laser cutting is a comparatively recent innovation in the steel processing industry, as the processing of tubular steel involved time-consuming sawing and drilling. The LT20 is fully automated, requiring minimal operator intervention.

The LT20 can cut even the most complex geometries in steel tube, ranging in sections from 75 mm to 508 mm, and in lengths of up to 18 m. “Unlike many other lasers which can cut only up to 8 mm wall thicknesses, the LT20 can cut up to 16-mm-thick tube walls,” Chadha adds.

He adds that the LT20 frequently eliminates the need for time-consuming post-processing steps, compared with conventional processing technologies. When the machine produces a finished component in one cycle, there are no problems with storing semi-finished work, a factor which streamlines and increases productivity, Rippon says.

He adds that the LT20 can cut round, square and rectangular section tubes, as well as open structural sections, whether they are mild steel, high-strength steel, stainless steel, aluminium, alloys, brass or copper.

“It is possible to economically produce anything – from a one-off prototype to a production run of thousands in a fraction of the time that was previously required.”

In addition, the significant drive towards quality steel will result in manufacturers specifying stretcher-levelled steel, he adds.

The stretcher leveller also accompanies the latest and anticipated advances in laser technology, which will require that steel sheets are flat, as lasers are moving from gas to fibre. This will result in increasing the speed of the lasers, which means that it is critical to place stretcher leveller plates in the lasers.

“Anything other than a level piece of steel may potentially shatter the cutting tip of the laser,” Rippon states.

Performance despite Economic Challenges Rippon does lament that the local economy is currently constrained and stagnating, which has put pressure on infrastructure and construction projects. The steel industry faces macroeconomic issues such as weak economic growth and political uncertainty.

“Although we are positive, it is a big call for the country that it is time to get moving. We cannot carry on floating in the doldrums like we have been for the past few years.”

However, Rippon remains confident about the long-term prospects of steel and that the economy will start moving from early next year.

“I think the economy’s going to move forward at quite a pace, and, hopefully, there will be a lot more capital investment in infrastructure and more job creation.”

To solidify this confidence in the steel industry, Rippon explains that Allied Steelrode has always been a company that “buys when everyone is selling”. The company has chosen to buy machines during down cycles, not only because a stagnation in the industry was expected by Allied Steelrode but also because major capital equipment purchases, such as stretcher levellers, can take up to two years before they start generating return on investment.

“We’ve geared ourselves to be responsive, and have been strategically leveraging into any growth opportunity that is due to gain momentum to make the most of industry changes,” Rippon concludes.