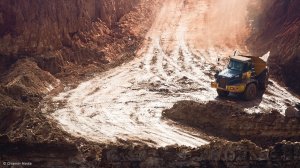 Statistics South Africa said the largest negative contributors to the decline were platinum group metals (PGMs), which slid 6.5%, deducting 1.5 percentage points. Other metallic minerals tumbled 36.3%, while diamond production fell 24.1% and gold was down 5.5%.

Seasonally adjusted mining production decreased by 2% in April compared with March, following a drop of 3.5% in March and a slight increase of 0.2% in February.

"Ten out of the 12 mineral groups and minerals reported negative growth rates over this period," it added, listing iron-ore, PGMs, and other metallic minerals as the largest negative contributors.

The agency said mineral sales increased by 6.1% year-on-year in April, with manganese ore, coal, other nonmetallic minerals and iron-ore being the main positive contributors.