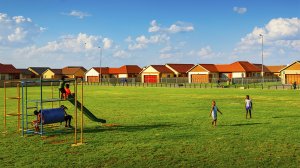 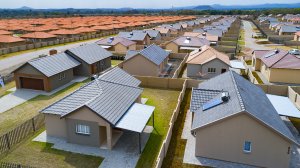 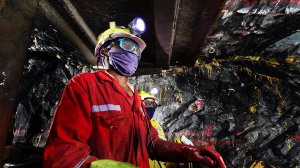 JOHANNESBURG (miningweekly.com) – What a wonderful housing job Royal Bafokeng Platinum (RBPlat) has done in building 1 400 impressive family homes for its employees, with another 100 outstanding for occupation.

When RBPlat CEO Steve Phiri listed the black-controlled and black-led platinum group metals (PGMs) mining company on the JSE ten years ago, he was surrounded by employees and union leaders, which sent the immediate message that the company was setting out on a journey of management-worker collaboration. (Also watch Creamer Media video)

How well this has worked for RBPlat which has just shot the lights out with super-duper record 2020 financial results of 278%-higher earnings to R6.6-billion, plus a maiden dividend declaration of R1.5-billion for its shareholders on R3-billion worth of free cash flow.

Regarding the family housing that the company provides, RBPlat CFO Hanré Rossouw did well to provide this comment early in his presentation: “Our ringfenced housing development provides every employee with the opportunity to own a dignified home.”

Speaking to Mining Weekly in a Microsoft Teams interview, Phiri said: “I must give credit to the guys on the ground who worked flat out to ensure that we created decent homes for our employees. The advantages of this is that it creates a family unit within the work environment and comradeship. When people knock off and go to a decent home and sleep well and eat well with their families and come back to work, their minds are refreshed, the atmosphere is conducive.

“But getting back to work, it improves productivity. We’ve seen it happen. People who are staying in decent homes tend to become more productive than people who are staying in a squatter camp. I’m not downgrading those people but we need to endeavour to move people out of the squatter camps into the decent housing because it simply changes the psychology of people. It makes people happy and they look forward to going to work the following day,” said Phiri.

RBPlat’s new Styldrift PGMs mine, which is ramping up to steady state, is a long-life mine. Although the licence is for 30 years, the resource has 40-year to 45-year potential and then there is still Styldrift 2.

There is also another 25 years of life remaining for RBPlats’ BRPM mine, the north shaft of which is about 5 km from the mechanised Styldrift, with both operations in North West province and both of them underground mines. Styldrift 2 has an even bigger orebody than Styldrift 1 and thus a potentially longer life.

RBPlat is busy with a number of green projects, which include reducing its carbon emissions and generating green energy, which will include but not be exclusively solar energy.

“We need to reduce the consumption of diesel in our machines and we’re exploring quite a number of opportunities in that regard. Remember, Styldrift is a mechanised mine so we’ve got a lot of the fleet that operates on diesel,” said Phiri.

Mining Weekly: Is it conceivable that RBPlat will use the 30 MW of solar power it may self-generate to create green hydrogen to power the underground fleet?

“Absolutely, absolutely. But, as you know, hydrogen power is still quite new. Infrastructure is not yet developed and storage is not yet developed, but we are doing some studies in that regard and we’ll learn from our bigger colleagues in Anglo American Platinum and Impala Platinum next door.

On lower-priced platinum substituting scarce and high-priced palladium gasoline car exhaust-emission control, Phiri said: “I do believe that substitution of platinum for palladium has already taken place but it has taken place quietly because the minute the original equipment manufacturers and autocatalyst manufacturers make noise about it, they will spike the price. But we do really think it’s taking place.

“In addition, with regard to platinum, there are very beautiful signs showing that platinum is coming out of the doldrums, especially promoted by the hydrogen economy,” he said.

He described the hydrogen economy sentiment as growing day-by-day, with platinum consumption also substantial in trucks and buses, especially in China, but also in Europe.

“So, platinum is coming back. It’s not going to challenge palladium and rhodium but it is going to find its place under the sun through different uses,” Phiri added.

VEHICLE EMISSION-CONTROL SHOULD BE IMPOSED IN SOUTH AFRICA

The tightening of emission control regulations, which ensures that vehicle exhaust emissions ae minimised, is spreading the use of platinum and other PGMs. “The world is going clean as far as the air is concerned. If you see China going for cleaner air, then you know the world is becoming cleaner. We just want to see India joining the bandwagon in that regard and there are positive noises coming from that side.

“Stringent anti-emission legislation across the world is helping the PGMs market. We’ve got to acknowledge, of course, that battery electric vehicles are a reality, but we don't see them as competition but as a challenge to PGMs, and therefore PGMs and indeed the other power trains must find space side-by-side with electric vehicles.

Mining Weekly: Should South Africa do more to clean up the air and to regulate transport emissions and industrial emissions?

“Absolutely. Charity begins at home. We’re producing a clean-up metal in PGMs but we’re not utilising it properly as to how this metal can be used in the country. You can start with municipal buses. We can start with trucks, as an example, because those are big pollutants,” said Phiri.

South Africa hosts the biggest endowment of PGMs on the planet and regulating emissions for vehicle exhausts would show the world that South Africa is not hypocritical in only supplying PGMs to clean up the air of the big cities of the world but also to clean up this country's air as part of global climate change mitigation.

One hundred per cent of RBPlat’s 2020 capital expenditure was funded from cash generated by operations, where there was a 4.5% increase in four element (4E) PGMs production to 419 000 oz. Platinum metal in concentrate was up 4.2% to 272 000 oz.

The increased Styldrift volumes offset the impact of the Covid shutdown on BRPM production and declining South shaft Merensky reserves.

Styldrift built-up head grade increased by 3.2% to 3.89 g/t 4E whilst BRPM head grade reduced marginally by 1.0% to 3.97 g/t 4E. The reduction in the BRPM head grade is attributable to a higher off-reef dilution on the South shaft Merensky owing to geological complexity experienced in current mining areas and the increased contribution of lower grade South shaft UG2 to the overall ore mix.

Cash operating costs for the business increased by R838-million, or 14.8%, year-on-year to R6 513-million compared with 2019, which was attributable to higher production volumes, industry inflation and additional Covid pandemic management costs. Also included is R900-million of operating costs expensed during the managed shutdown and ramp-up of operations, resulting from the national lockdown.

Cash unit costs per tonne milled increased by 10.6% to R1 632 and 4E ounce tonnes milled by 10.1% to R15 560, mainly owing to an increase in surface stocks, together with the impact of the national lockdown on production and Covid-related costs.