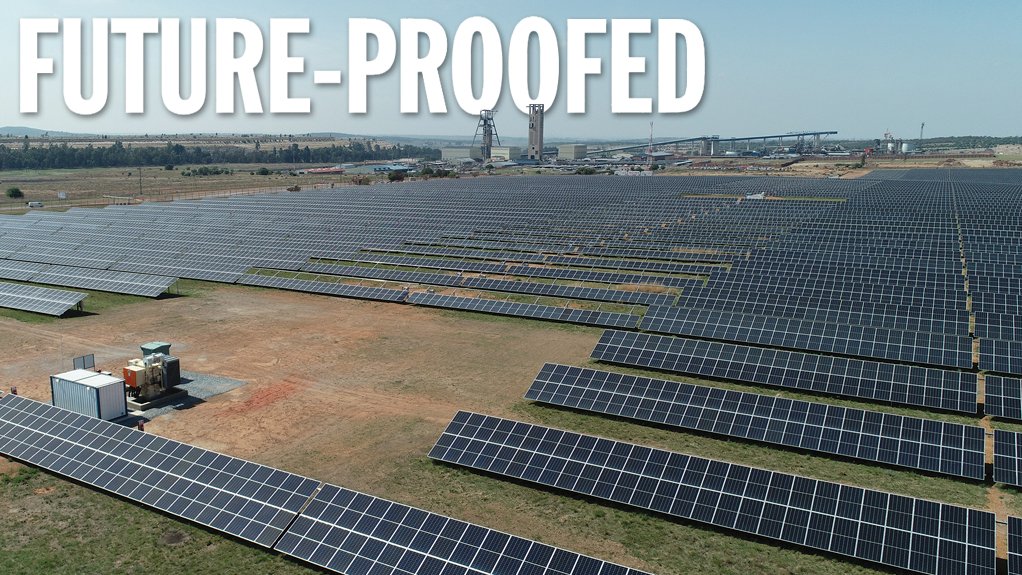 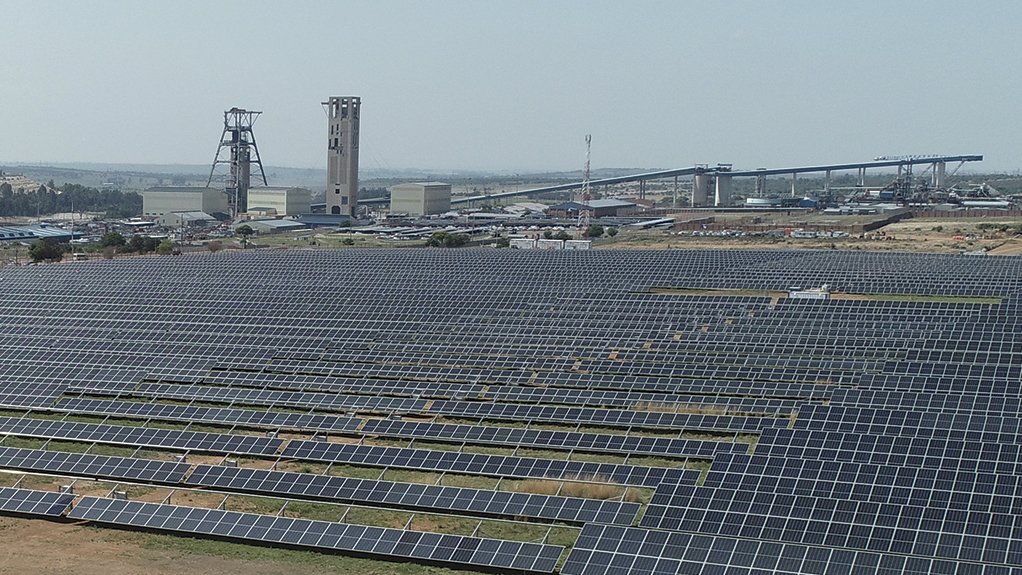 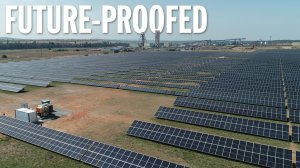 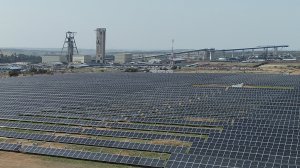 South Deep, Gold Fields’ Westonaria-based flagship gold mine, is entering the final stage of a four-part strategic journey it embarked on in 2017 to stabilise the operation, improve sustainability and longevity, reduce operational costs, improve efficiencies and ensure it meets the criteria to be classified as a mine of the future.

“We basically broke that into three categories – social, technical and commercial – of challenges,” he says.

From the second quarter of 2018 to the end of that year, Gold Fields reset South Deep, with this entailing a change from conventional to mechanised methods, enabling the orebody to be mined “fundamentally differently”, says Preece.

Thereafter, Gold Fields initiated a five-step programme to stabilise and enhance South Deep, which produced its first gold in 1951 as the Western Area gold mine.

Its progression since 2018 involved shaping the culture at the mine, building capacity through identifying competence gaps, transferring management and leadership skills through training, managing work by planning and executing work to the right standard and at the right time. This improvement process also involved improving work processes through incremental improvements, structured engagement and problem-solving, and sustaining the improvement through reinforcing a standard operating philosophy.

Following this, the fourth and final stage of resetting South Deep was undertaken in 2020 and will proceed until 2024, with Gold Fields aiming to develop South Deep into a mine of the future that “embraces technology, gets better skilled people doing better work and deliver[s] productivities”, says Preece.

These efforts, ultimately, are designed to ramp up South Deep’s gold output to a steady state of 12 t/y and decrease all-inclusive sustaining costs (AISC).

In addition, the AISC have been on a downward trajectory – decreasing from $1 903/oz of gold in 2018 to $1 359/oz in the first half of this year – while South African peer gold miners’ AISC increased during the same period.

Greater efficiencies are also being attained as the focus is shifting from the Current Mine, which lies at higher levels in the mine, to the north of the Wrench fault line mining area (NoW), which lies at deeper levels. South Deep is among the deepest mines in the world, at almost 3 km.

South Deep’s workings are accessed from the surface through the Twin Shaft and South Shaft complexes.

The Twin Shaft comprises the main and ventilation shafts, with the main shaft being the longest single-drop shaft in the world, reaching 110 Level at 2 998 m, while the vent shaft reaches 2 947 m.

The Current Mine is characterised by selective mining methods scattered over a large area that was originally mined using conventional tabular mining. The Current Mine is accessed from Levels 90, 93 and 95 using the South Shaft and Twin Shaft complexes.

The NoW, directly south and down-dip of the Current Mine, comprises six mining corridors separated by regional pillars that extend southwards to the Wrench fault line. Here, a bulk massive mining method is used, resulting in a higher resources-to-reserves conversion ratio.

The South of Wrench east and west areas, situated south and down-dip of the NoW, will be mined in the same manner as the NoW and effectively represent a new mine extension to the life-of-mine footprint.

At the start of the reset programme in 2017, 54% of production came from the Current Mine.

“It is scattered and expensive and does not lend itself to the factory concept of repeatability,” says Preece.

The NoW can be mined using more of a factory-type concept that is easy to repeat and conduct on a daily basis.

Meanwhile, with this move to the NoW, South Deep has also introduced a new piece of innovative mining machinery – underground machinery developer TRB Raise Borers’ Rhino 100, which is being used to drill slot raises.

The R75-million Rhino rig requires only one operator, is powered by a John Deere diesel-powered tractor, consequently making it mobile, and is operated using electricity that is plugged in through underground electrical networks.

The Rhino 100 can process as much as 500 m of ground a month, according to TRB Raise Borers.

Traditional raise-boring machines used to drill slot raises are cumbersome to move and have high labour and time demands, taking between two and three days to prepare before drilling can start.

On the other hand, the Rhino 100 can be set up and start drilling within 45 minutes of arriving at a work site, according to Sandvik, which distributes the Rhino 100.

Preece says the Rhino 100 has been in use at South Deep since midyear and has since increased the volume of gold obtained through longhole stoping.

Initially, every stope was producing about 65% of gold contained in the stope. “[The mining teams] have driven that north of 85%, and the Rhino rig is going to improve our ability to get to the full height [of the longhole stope] to try to get closer to 95% of the gold,” he adds.

Gold Fields has also made a significant effort to increase the sustainability of South Deep, a primary example being the successful endeavour to commission its R715-million, 50 MW solar photovoltaic (PV) farm – the 105 ha Khanyisa solar plant.

The plant is so expansive that South Deep runs a voluntary, but well-attended, weekly 5 km (single lap) fun run around the perimeter fence, which also serves as a team- building exercise for employees.

South Deep uses about 494 GWh of electricity a year, representing about 10% of the mine’s yearly costs and about 93% of its carbon emissions.

The plant, fully commissioned in October, can generate about 103 GWh a year, thereby assisting in reducing energy costs by saving about R123-million (24%) in such costs a year.

Gold Fields has regulatory approval to expand the plant by another 10 MW, which can be undertaken by simply installing additional panels, for which the related infrastructure already exists.

Going forward, South Deep’s energy teams are assessing where the electricity generated by the solar plant can be most effectively integrated to ensure that none goes to waste, hence the company’s investigating the feasibility of putting certain constantly operated and consistently power-intensive items of equipment – such as ventilation fans, refrigeration plants, pumps and compressors – on to solar power.

In terms of success, Preece states that the solar project was the easiest capital project he has ever had to motivate to the Gold Fields board. In the South African context, he says solar PV presents great returns and provides business continuity.

South Deep is also investigating introducing wind turbines after preliminary tests indicated the potential to exploit a wind resource prevalent in a specific region of the mine lease area.

“With [the way in which] wind turbines have evolved over the years, we see some potential to put up some wind turbines. We are putting up a wind mast. Initial indications are that there is a viable source of wind that we can harvest to complement the solar panels,” says Preece.

Further, the mine is also using undergound electric vehicles (EVs) and will take delivery of its first electric loader before year-end.

The adoption of EVs is starting slow to allow for more time to perfect the integration process and determine what type of EV will work best. When it finds the best solution, South Deep plans to rapidly replace designated underground vehicles with electric units. It is also considering above-ground EVs.

A major benefit of deploying EVs underground is a significant reduction in heat loading in vehicle-intensive areas because of the vast volumes of heat generated by diesel engines. There are also major benefits in terms of scaling down ventilation systems, as exhaust emissions are eliminated.

EVs also reduce the volume of lubricants used. “There [are] certainly productivity improvements and cost improvements. It is really interesting because [EVs] actually require less maintenance, which is sort of counterintuitive,” Preece concludes.