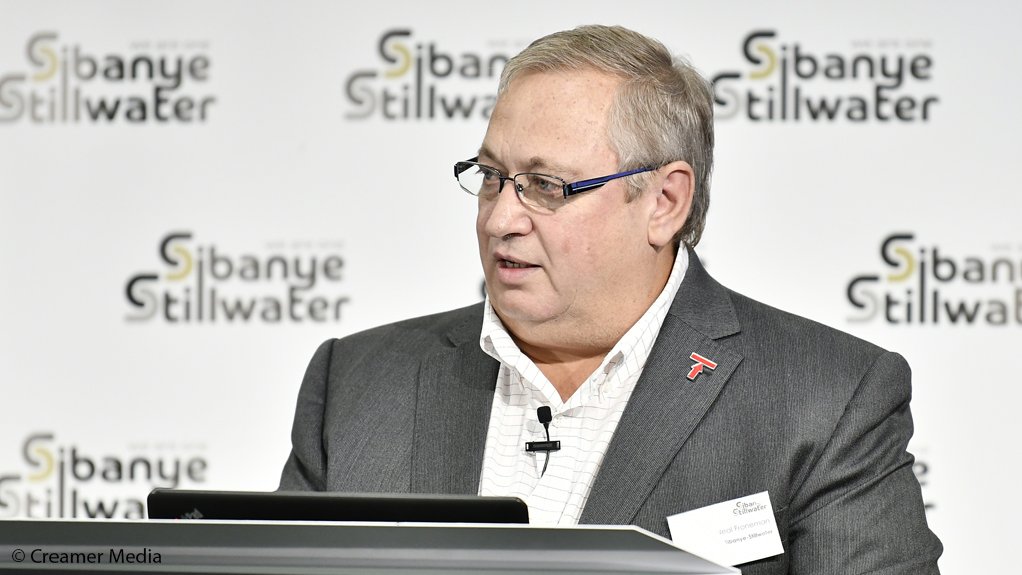 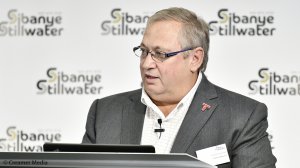 The Johannesburg- and New York-listed company, headed by CEO Neal Froneman, has declared a R1.3-billion interim dividend on free cash generation of R10.9-billion and record normalised earnings of R8.8-billion.

It has also invested R1.6-billion in Covid social relief efforts and debt has been knocked back to pre-platinum strategy levels.

Along with significantly higher precious metal prices received for the period, the operational results added higher production to achieve record six-month adjusted earnings before interest, taxes, depreciation and amortisation (Ebitda) of R16.5-billion, 718% higher than for the comparable period in 2019.

Attributable profit of R9.3-billion compared with a R255-million loss in the half-year of 2019.

Sharp debt reduction was accompanied by the resumption of cash dividends of 50c a share.

The company stated in a release to Mining Weekly that efforts to contain the impact of Covid-19 extended beyond its operations, with the economic and social devastation wrought requiring an intensified focus on the social element of the environmental, social and governance, or ESG, strategy.

The continued improvement in the group safety performance and the substantial financial and social assistance provided to employees and their communities has complemented the operating and financial performance delivered during the period.

More than R1.5-billion was committed in financial support to employees not at work during the period and more than R100-million committed to community and government support.

The US platinum group metals (PGM) operations reported two element (2E) PGM production of 297 740 2Eoz, which was 5% higher than for the corresponding period of last year.

Although the US region was able to continue operating during Covid, the pandemic resulted in further cost inflation. Since March 2020, the region incurred $3-million in Covid-related expenditure.

Given the Covid-caused delays with improved geological and geotechnical knowledge gained as a result of new development and drilling, a review of the ramp-up schedule was being conducted.

Early indications were that the Blitz project would be delayed by up to 18 months. Further detail would be provided once the study had been concluded.

Sibanye stated that its Fill the Mill project (FTM) was advancing according to schedule and within budget, with an annualised steady-state production run rate of 40 000 2Eoz expected from October 2020. The project was expected to yield a net present value of $400-million and an internal rate of return of 124% at spot 2E PGM basket price.

PGMs production from the South Africns PGM operations increased by 5% year-on-year to 657 828 4Eoz, with the inclusion of the Marikana operations for the full six-month period offsetting lost Covid-related production.

The all-in sustaining cost (AISC) of R19 277/4Eoz ($1 156/4Eoz) was 46% higher year-on-year, mainly as a result of significantly lower second-quarter Covid-disrupted production and the inclusion of higher cost Marikana production.

The higher-cost Marikana production stemmed from its entirely conventional production, which is higher relative to the significant amount of lower cost mechanised production at Rustenburg and Kroondal. The cost of the Marikana smelting and refining operations comprised 42% of production for the period compared with 13% for the corresponding period of last year.

The integration of Marikana had continued to progress, with the Marikana operation contributing R3.9-billion, or 44% of total adjusted Ebitda from the South African PGM operations.

Gold production from the managed gold operations, excluding DRDGold, which is heading for a nigh sevenfold earnings increase, increased by 24% to 10 167 kg (326 877 oz) despite the lockdown.

Covid disruption affected most of the April 2020 milling period with a steady build-up from May into June. By the end of June, almost 70% of the crews had returned to work and were operating at slightly above planned efficiency levels. Despite second quarter Covid disruption, AISC from the gold operations decreased by 14% to R846 741/kg ($1 580/oz), but well above the forecast expected under normalised production conditions.