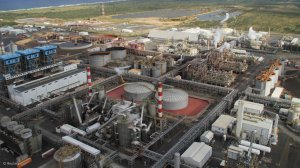 VANCOUVER (miningweekly.com) – Canadian diversified miner Sherritt International has signed a definitive agreement to restructure the Ambatovy Joint Venture (JV), which will see Sherritt transfer its 28% stake in return to eliminate debt from its balance sheet.

Under the terms of the JV restructuring, which was first revealed in May, the Toronto-based company will retain a 12% stake in the Madagascar nickel/cobalt mine, and cancel C$1.3-billion of accrued partner loans from its balance sheet.

Sherritt, which owned a 40% stake in Ambatovy, had for several quarters not been funding capital cash calls by its partners Sumitomo Holding (32.5%) and Korea Resources (Kores) (27.5%), balking against the ‘40 for 12’ issue.

Sherritt CEO David Pathe explained in a recent interview with Mining Weekly Online that it no longer made sense to fund 40c of every $1 capital, for only an effective 12c return on Ambatovy cash distributions. Owing to the structure of the Ambatovy partner loans, at current nickel prices, Sherritt’s 40% ownership is reduced to a 12% economic interest.

“The signing of a definitive agreement to restructure our Ambatovy joint venture partnership represents a significant milestone. This agreement addresses our ’40 for 12’ issue and eliminates the uncertainty caused by the Ambatovy non-recourse debt, while ensuring that we retain an ownership stake in the world’s largest finished nickel laterite mine. Closing of the transaction will represent the culmination of numerous discussions with our partners, bondholders and other lenders over the past three years to preserve liquidity, de-lever our balance sheet, extend the maturities of our outstanding public debt, and defer Ambatovy debt repayment,” Pathe stated.

He added that, once the balance sheet has been de-levered, it will allow the company to re-evaluate opportunities in the cobalt and rapidly emerging ‘energy metals’ sector, as consumer electronics demand skyrockets. The company will now also be able to again evaluate new renewable energy projects.

Sherritt’s outstanding partner loans now total $101-million, owed by September 30, 2023, and will continue to be secured by Sherritt’s 12% interest. The outstanding partner loans can be repaid in cash at any time through to the maturity date, or Sherritt can choose to repay the loans in shares or a combination of cash and scrip at 105% of the amount then due, or alternatively, choose to repay in ten equal twice-yearly principal instalments (plus interest) starting in December 2024, at an interest rate of Libor +5% applied from the original August 2023 maturity date.

Further, Sherritt will pay $13-million into an escrow account to cover potential future funding requirements of the Ambatovy JV. Any amounts remaining in escrow in August 2023 will be used to repay the outstanding partner loans, if any.

The agreement also contemplates Sherritt remaining the Ambatovy operator until 2024.

The company has now also regained voting rights and certain other rights that were suspended when it ceased funding.

The market supported the move, adding 4.3% in value to its TSX-listed equity, lifting the price to C$1.46 apiece in early trading on Friday.